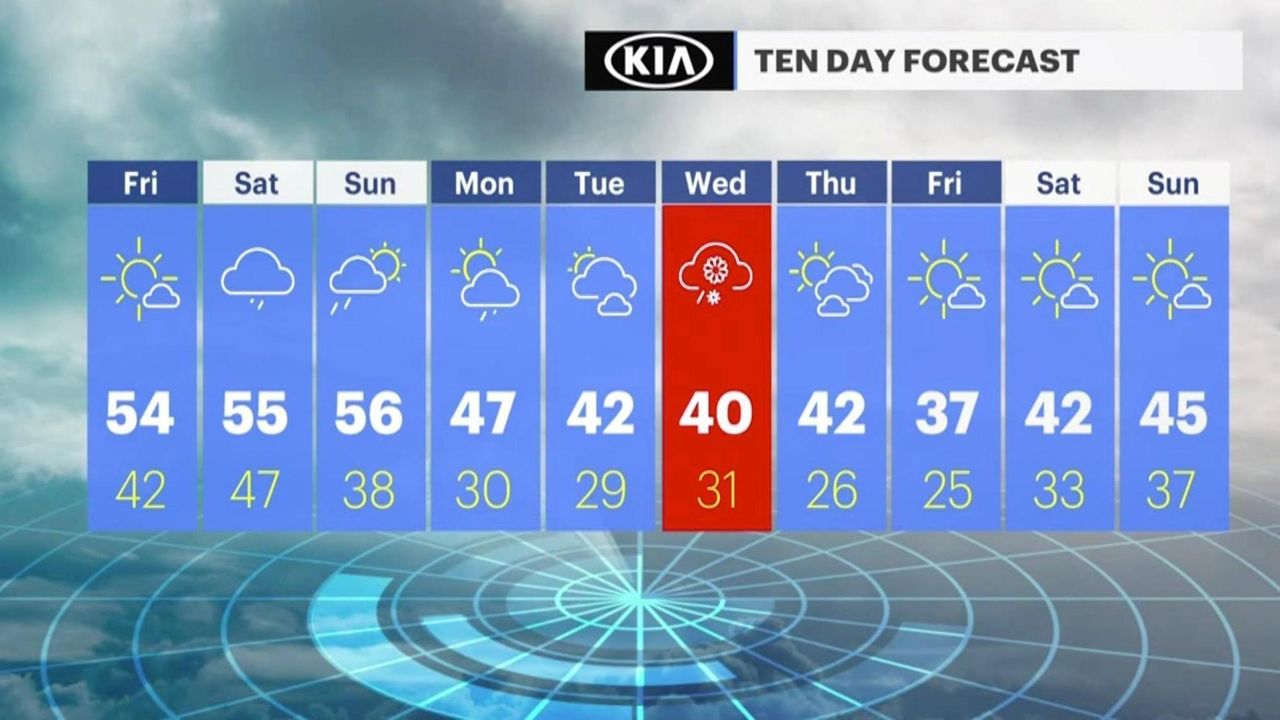 Though early-morning temperatures hovered right around freezing, the National Weather Service said Long Island is headed into the low-to-mid-50s Friday with mostly sunny skies and gradually increasing winds in store.

Enjoy it while you can, because forecasters are calling for patchy fog and rain on Saturday, with showers also possible both Sunday and Monday.

Early-morning light winds will increase to between 8-13 mph across Long Island on Friday, then slow into the early evening, when patchy fog is possible. Overnight temperatures will remain in the 40s, with rain likely moving into the area on Saturday.

"A cold front will move toward the area through Saturday night and move through Sunday into Sunday night, bringing some light rain for the weekend," the weather service tweeted. "Best chances for rain are on Saturday afternoon."

Forecasters said that the chance of rain is about 60% on Saturday, with between a tenth and a quarter of an inch of precipitation possible. Temperatures will remain in the 50s Saturday into Sunday, forecasters said.

4:01 COVID-19: From 799 deaths in one day to path back to normalcy
3:04 Nassau DA: Doctor charged with murder in death of 5 patients
State sees decreasing virus positivity, but LI yields higher rate
Brookhaven dumps plan to build ashfill to collect burned trash
Port Authority: Airport travel down 73% from pre-pandemic times
44:58 Panel: Standardized tests must inform instruction
Didn’t find what you were looking for?