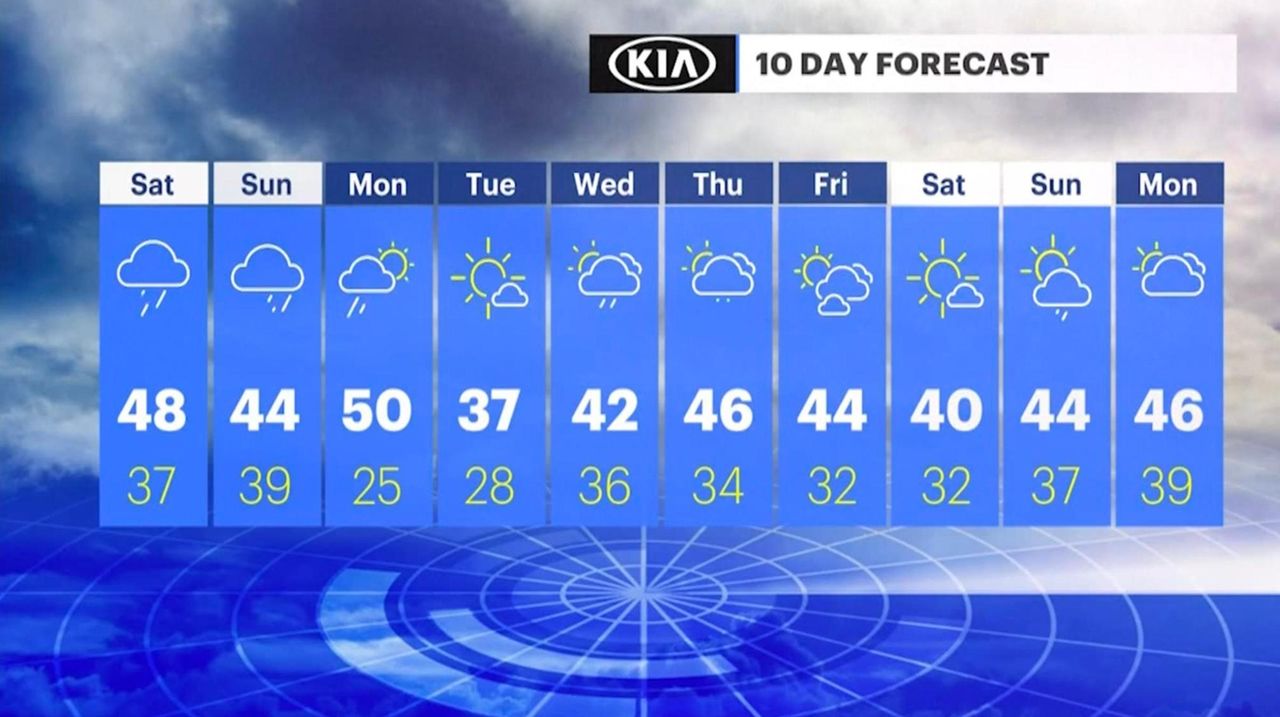 The National Weather Service said Friday will feature sunshine and calm winds, with a high in the low 40s, but will be followed by possible snow and rain starting just before dawn on Saturday. News 12 Long Island meteorologist Rich Hoffman has the forecast. Credit: News 12 Long Island

Friday’s sunshine and calm winds, with a high in the low 40s expected, will be followed by possible snow and rain starting just before dawn on Saturday, the forecasters said.

Any snow will turn to rain, which should last through the day, said the National Weather Service said.

A pattern of on-and-off showers is then predicted for much of the next week.

The early-weekend storms are part of a broader system sweeping from the central Appalachians to northern New England, according to the Weather Prediction Center, which is part of the weather service.

"Light rain is expected for coastal regions and major cities along the I-95 corridor during this time frame," the weather service said.

Rain, and then more rain

A daytime high of 47 degrees is expected on Saturday. And up to half an inch of rain may fall, the weather service said.

"From mid-Saturday morning through the rest of the day, plain rain is forecast for the entire forecast region as more onshore flow brings relatively warmer low level air into the region," the weather service said.

Saturday night should be cloudy. The rain will return late Sunday morning, when the odds of precipitation are 80%. The high is expected to be 44 degrees.

Rain also appears likely Sunday night, and there is a 30% chance of rain on Monday before midday. Then the clouds should slowly clear, with the daytime high rising to 51 degrees.

Tuesday should be the first sunny day in this stretch, though it will be chillier, with a daytime high of 38 degrees expected.

And then there is a 30% chance of rain on Wednesday and Thursday, when the highs will be in the mid-40s, the weather service said.