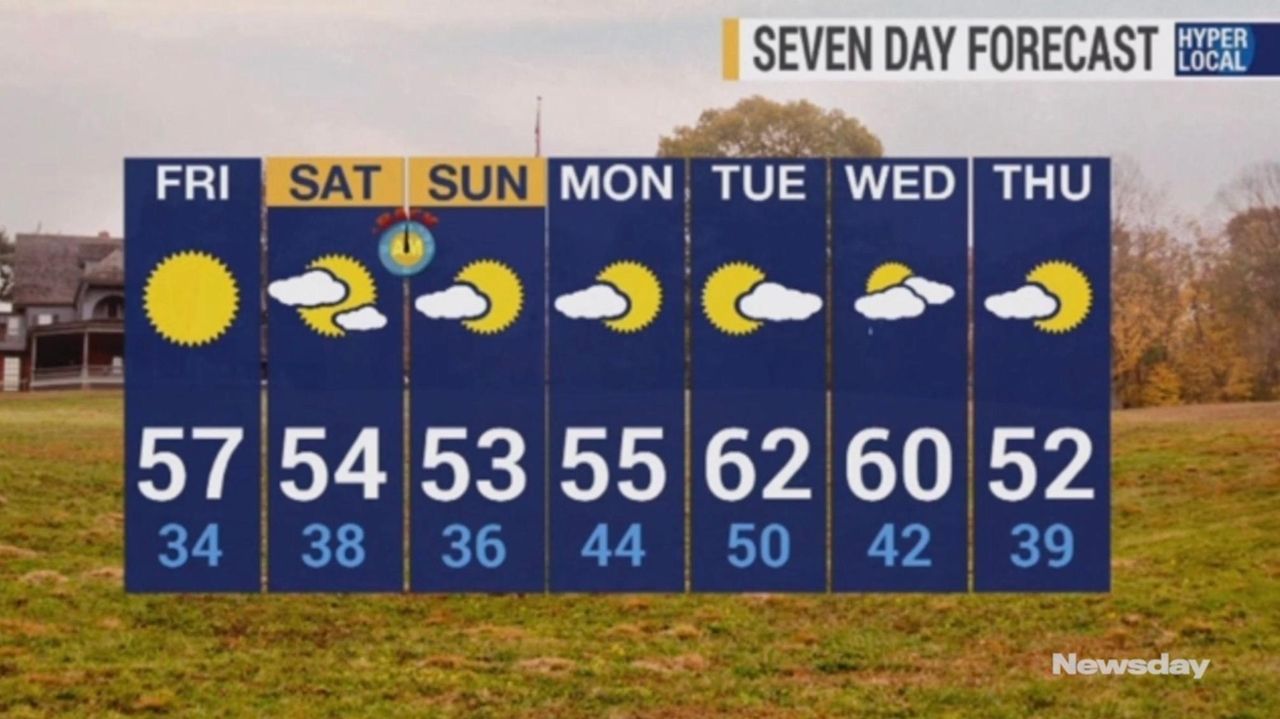 “They’ll intensify a bit as we get through the night,” said Matt Wunsch, a meteorologist at the National Weather Service in Upton, adding that the winds will be at their strongest between 10 p.m. and 4 a.m. Friday. “Gusts could be up to 50 miles per hour.”

Rainfall also will become heavier after 8 p.m., leading to thunderstorms in the wee hours of Friday, Wunsch said. “Rain showers will become more numerous around 10 to 11 o’clock and, as the cold front approaches from the west from 11 p.m. to 2 in the morning, rain will spread over the region more.”

By early Thursday evening, weather-related problems stretched from Lake Success, where, police and officials said, a tree fell and downed a power line, to Hampton Bays, where high tide scraped off some of the slim sand barrier on Dune Road.

Town officials were bracing for problems around 11 p.m. Thursday, when high tide was expected to hit and could damage the barrier again.

“Tonight is going to just add more erosion to areas that are already vulnerable,” said Southampton Town Supervisor Jay Schneiderman, adding that he called a meeting with department heads to respond to any breach of the barrier that was just recently repaired — and then breached by the Oct. 10 nor’easter. “We’re going to do our best to get through tonight.”

Elizabeth Flagler, a spokeswoman for PSEG Long Island, said the downed power line affected 108 customers and that crews were on the scene trying to restore service as the tree was removed.

“As for tonight, PSEG Long Island prepares all year long for weather events, upgrading the system and trimming trees,” she said. “Although gusty winds still pose a risk to trees, particularly if the ground is saturated with rain, and falling trees can bring down wires. We are closely monitoring the weather and have our crews ready to respond through the night, safely and as quickly as possible to any service interruptions.”