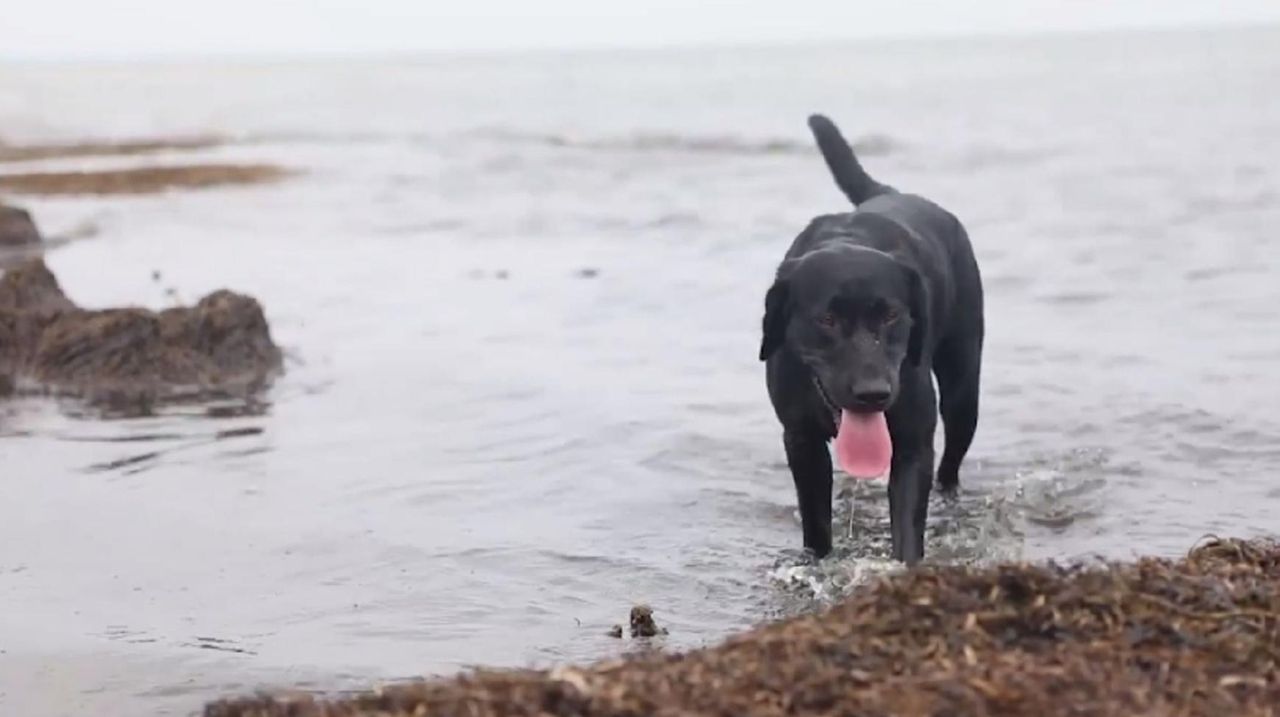 Thursday, July 13, 2017, was another scorcher, and some Suffolk residents at Gardiner County Park in West Bay Shore talked about how they -- and their dogs -- like to keep cool when the weather gets steamy. Credit: Newsday / Raychel Brightman

The National Weather Service has canceled its severe thunderstorm watch and flash flood watch for Long Island for Thursday evening.

Earlier, a severe thunderstorm watch has been issued for Long Island through 9 p.m. Thursday. A flash flood watch was also in effect across the Island until 6 a.m. Friday.

Those two watches have now been canceled, the service said in an advisory Thursday evening.

The storms that moved through were expected to usher in cooler air for the next few days after what was an oppressively hot Thursday.

As of noontime Thursday, it was feeling like 100 degrees in Shirley, 99 in Islip, 96 in Farmingdale and 92 in East Hampton, all thanks to the high humidity, according to a National Weather Service tweet.

An air quality alert had been issued by the state Department of Environmental Conservation and is in effect until 10 p.m., meaning elevated levels of ozone, which can be a health concern, were expected. Those who can be especially sensitive to poor air quality include the very young and people with pre-existing respiratory issues, including asthma and heart disease.

There are more chances for scattered showers Friday, but the day will be cooler, with highs in the low 70s.

There’s also the chance of flash flooding Friday and into the evening, the weather service said.

As for the weekend, the service was calling for morning clouds and chance of a shower Saturday, with skies turning partly sunny for the afternoon and temperatures heading up to the low 80s. Sunday is looking at mostly sunny skies, also with highs in the 80s.