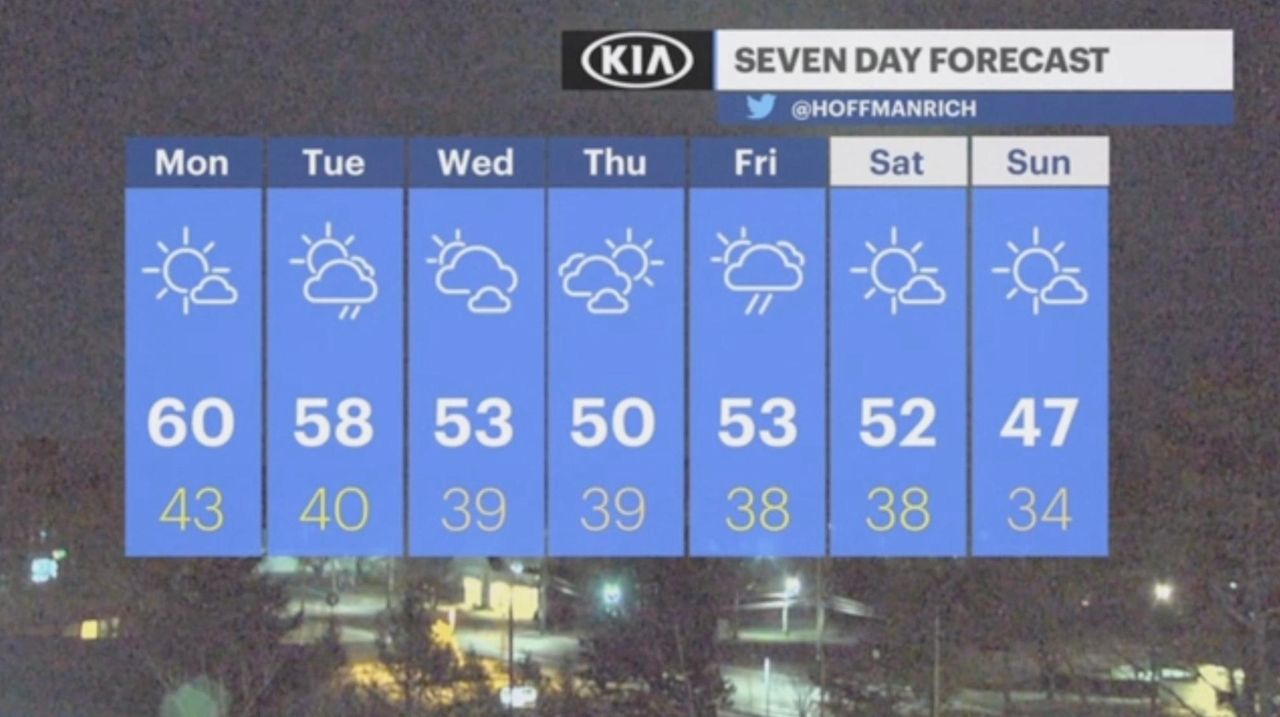 We likely won’t set any records for high temperatures Monday.

But, according to the National Weather Service, we’re probably going to be close.

The forecast for the week shows partly sunny skies on tap for Tuesday, with the possibility of afternoon showers and a high temperature nearing 60 degrees. Sunny skies are in the works for Wednesday with partly sunny skies again the case Thursday and a small chance of showers possible again Friday.

Wind gusts of up to 32 mph are possible Tuesday.