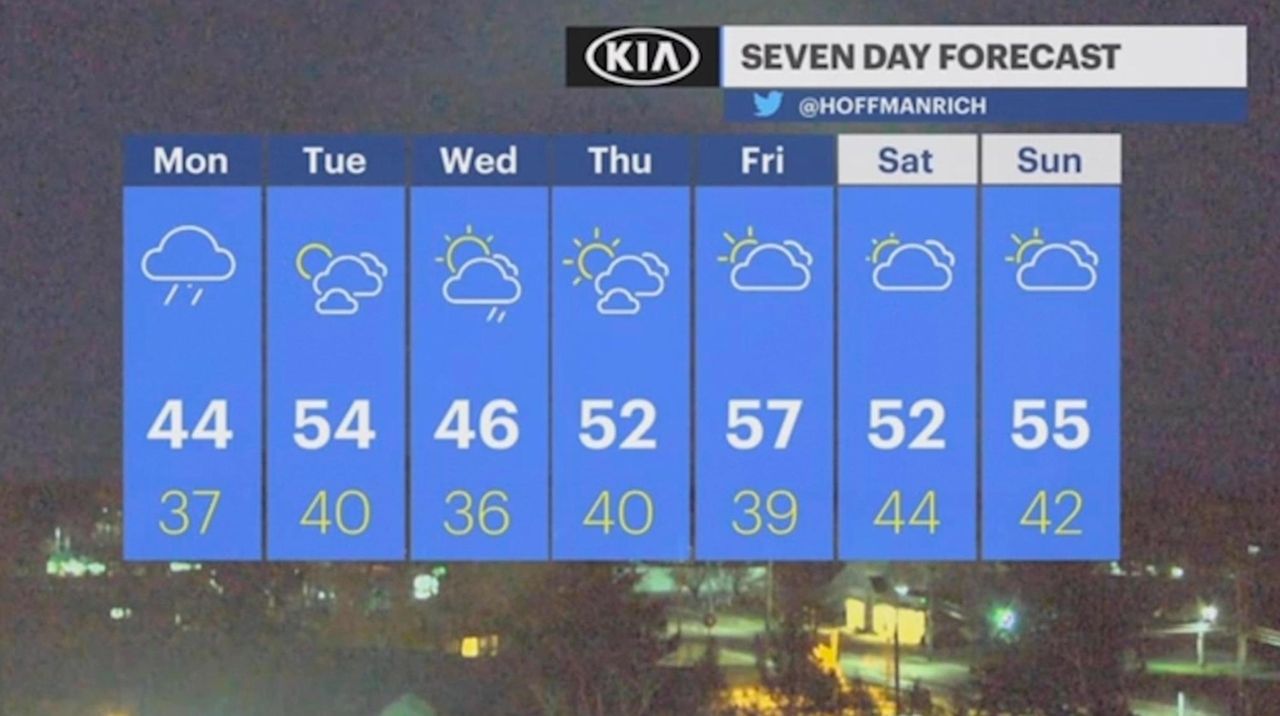 The National Weather Service said there’s a 70-to-100% chance of early morning rain Monday, followed by a brief mix of rain and snow before 8 a.m., then rain after 10 a.m. News 12 Long Island meteorologist Rich Hoffman has the forecast. Credit: News 12 Long Island

The National Weather Service said there could be snow Monday.

But, more than likely, most of it will stay to the north and west of us.

The weather service said there’s a 70-to-100% chance of early morning rain Monday, followed by a brief mix of rain and snow before 8 a.m., then rain after 10 a.m. If you are able to venture outside, circumstances considered, you’ll find the temperature reaching only into the mid-40s Monday — with winds expected between 13-17 mph and gusts as high as 28 mph. Expect it to feel like it’s right around freezing.

In other words, nasty for late March.

“The rain could be heavy at times late today and into this evening,” the weather service said in its daily briefing, posted at 4:21 a.m., adding: “As the storm departs to the east, any rain will taper off as the night progresses and gusty winds will diminish.”

On the plus side, though Monday is slated to be absolutely miserable, we’re due for partly sunny skies Tuesday — and a high of 54 degrees.

It’s a pattern that is expected to repeat itself throughout the week: one day on, one off; one miserable, the next decent or nice.

That, because rain and breezy weather is likely to return Wednesday, while the weather service is calling for partly sunny skies again on Thursday . . . and, a chance of showers on Friday.

Of course, forecasters are calling for a chance of rain both Saturday and Sunday, but only about a 30-to-40 % chance.

There is a gale warning in effect for all offshore ocean waters from Sandy Hook, New Jersey to Montauk Point, with seas of 6-10 feet expected. “Individual waves may be more than twice the significant wave height,” the weather service said. For mariners operating closer to Long Island, a small craft advisory is in effect for all Long Island waters until 6 a.m. Tuesday, due to wind gusts, the weather service said at 4:04 a.m.