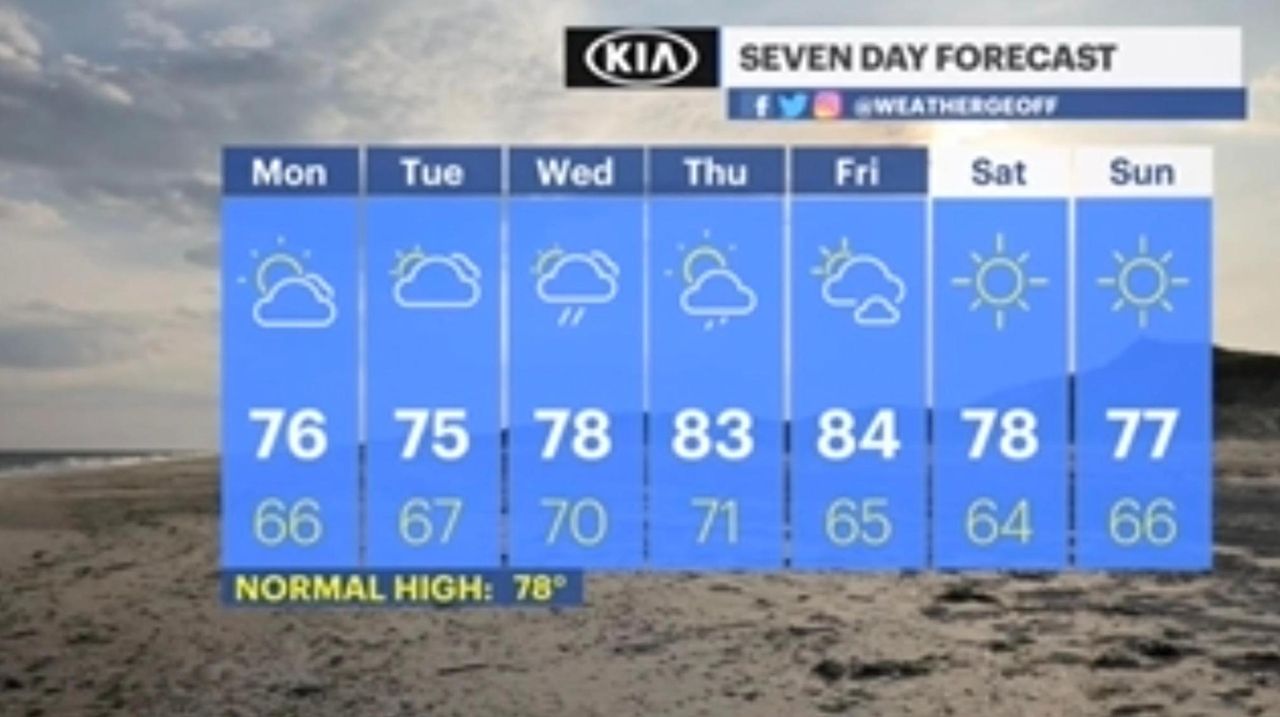 It's cool outside early Monday, but very humid, and the National Weather Service is predicting increasing clouds and the potential for a lot of rain in our future.

On this last day of August — hard to believe, right?-- expect temperatures to hover in the mid-70s. There's a chance of rain Monday night into Tuesday with the weather service calling for a good chance of showers Tuesday, the possibility of thunderstorms Wednesday, rain Thursday and a chance of rain early Friday — all before sunny skies reappear. The current humidity is 75%.

We're in the midst of hurricane season and the National Hurricane Center is tracking several storms building in the Atlantic and Caribbean, including one off the Florida-Georgia-South Carolina coast and one as far off as Africa on Monday.

It's unclear if any will pose any potential threats to Long Island — or if they'll even develop into any type of significant storms.