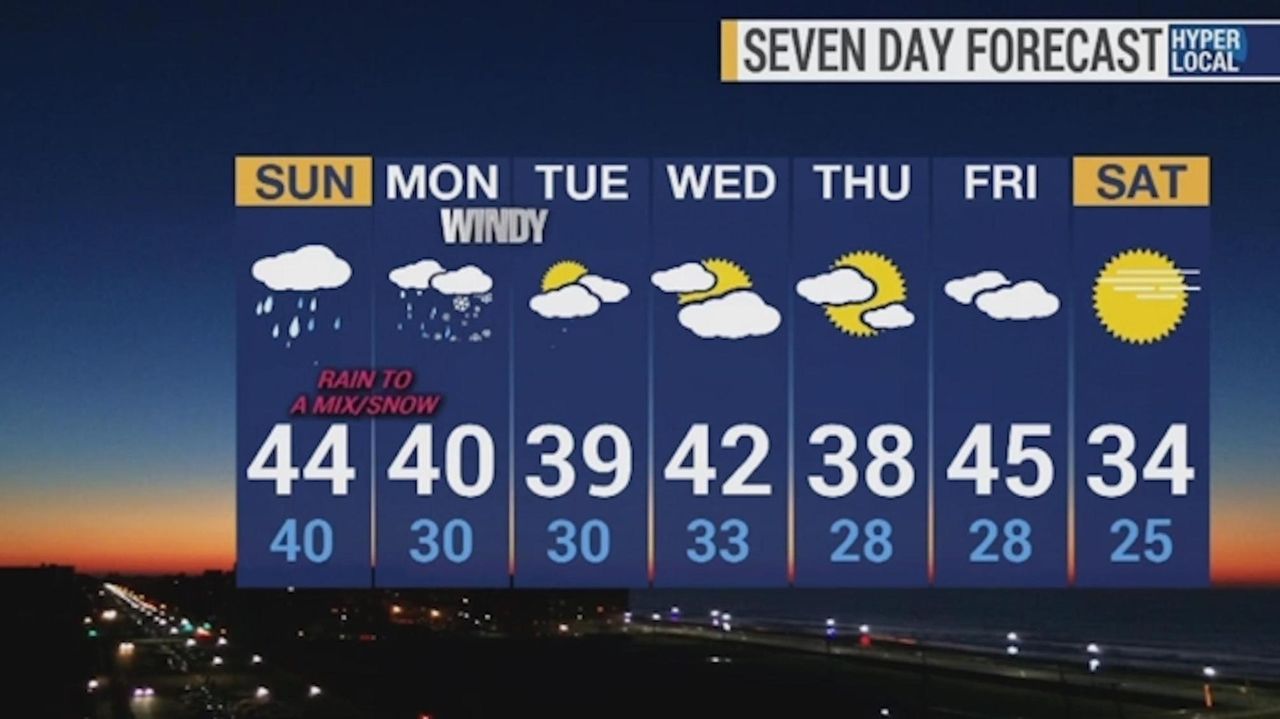 Long Island could see up to 2 inches of snow in a three-day storm that starts Sunday with a mix of snow and rain, according to the National Weather Service in Upton.

About 2 inches of snow could fall from Kennedy Airport to Westhampton. The amount decreases going east, with communities like Greenport and Montauk seeing as little as none, forecasters said.

“For the Island, it’s mainly a rain event,” said Dave Radell, a meteorologist with the weather service.

Forecasters said snow was expected to start before noon Sunday and then switch over to rain after 1 p.m.

“The rain is with us through Sunday afternoon and night. We get our next changeover back to snow” by Monday evening, Radell said. Then the snow “tapers off Monday night into early Tuesday morning.”

The weather service warned travel could be difficult late Sunday morning into afternoon and again Monday afternoon into night.

Commuters returning to work after the Thanksgiving weekend can expect steady rain Monday morning. But Radell said the heaviest periods of rain would have ended by early Monday morning around 3 or 4 a.m. Rain is expected to occur throughout Monday, and drivers most likely won’t see snow until 6 or 7 p.m. Monday.

No long periods of sleet or freezing rain are expected, Radell said, and the light snow that falls on Sunday would be washed away by the rain that follows.

Temperatures for Sunday and Monday will be from low 30s at night to the upper 30s to low 40s during the day — a bit cooler than normal.

Minor coastal flooding could be a problem for the Island's coast, particularly along the South Shore, on Sunday night and possibly Monday afternoon during high tide, the weather service cautioned.

“Things start to clear out on Tuesday,” Radell said. “We are looking at partly cloudy to clear skies through Saturday.”