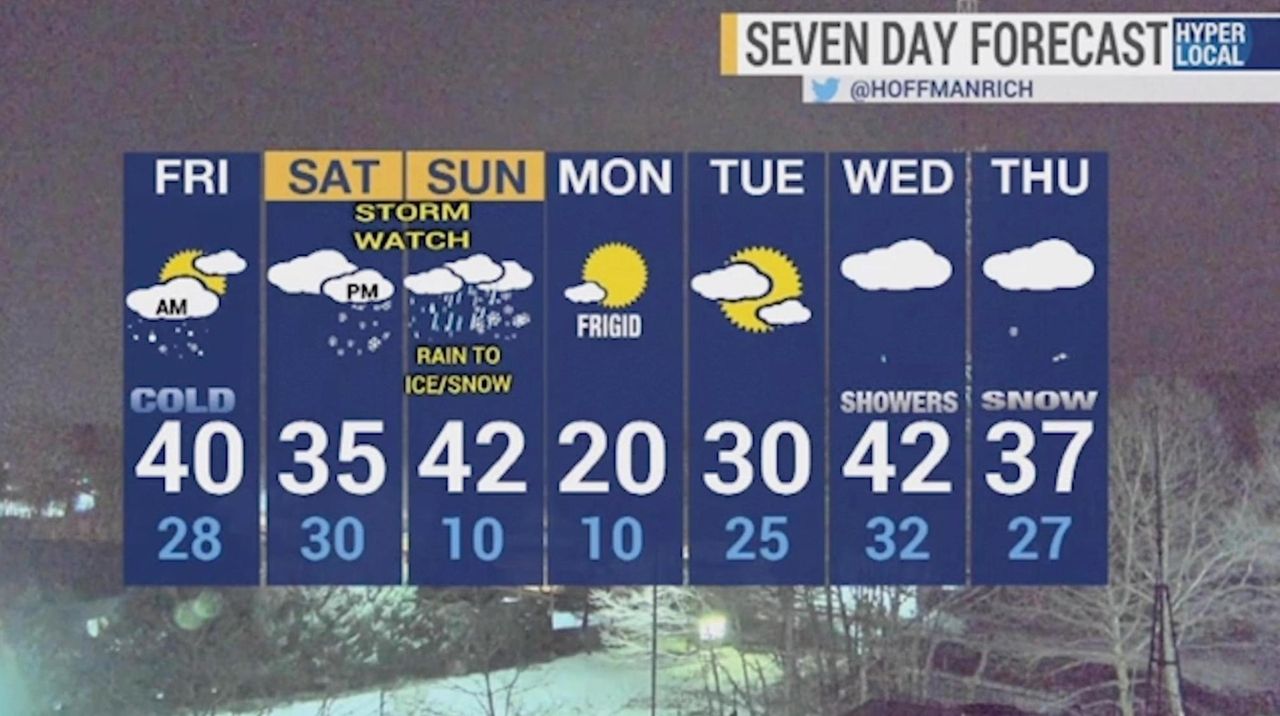 Long Islanders shouldn’t drive if they don’t have to during a powerful winter storm predicted to bring a mixed bag of snow, rain and ice beginning late Saturday afternoon and culminating Sunday afternoon and evening in a possible flash freeze, officials and forecasters said.

The National Weather Service issued a winter storm watch for Nassau County and northwestern Suffolk from Saturday afternoon to Sunday afternoon that calls for “heavy, mixed precipitation,” with a possible 3 to 5 inches of snow, along with up to a tenth of an inch of ice accumulation. There’s also potential for snowfall rates of an inch an hour early Saturday night.

The rest of the Island is looking at a possible 1 to 3 inches of snow and sleet, and up to a glaze of ice, the weather service said in its Friday evening forecast.

Still, a shift of storm track further south and east could mean higher snow and ice amounts, with a jog further north and west leading to less, the weather service said. 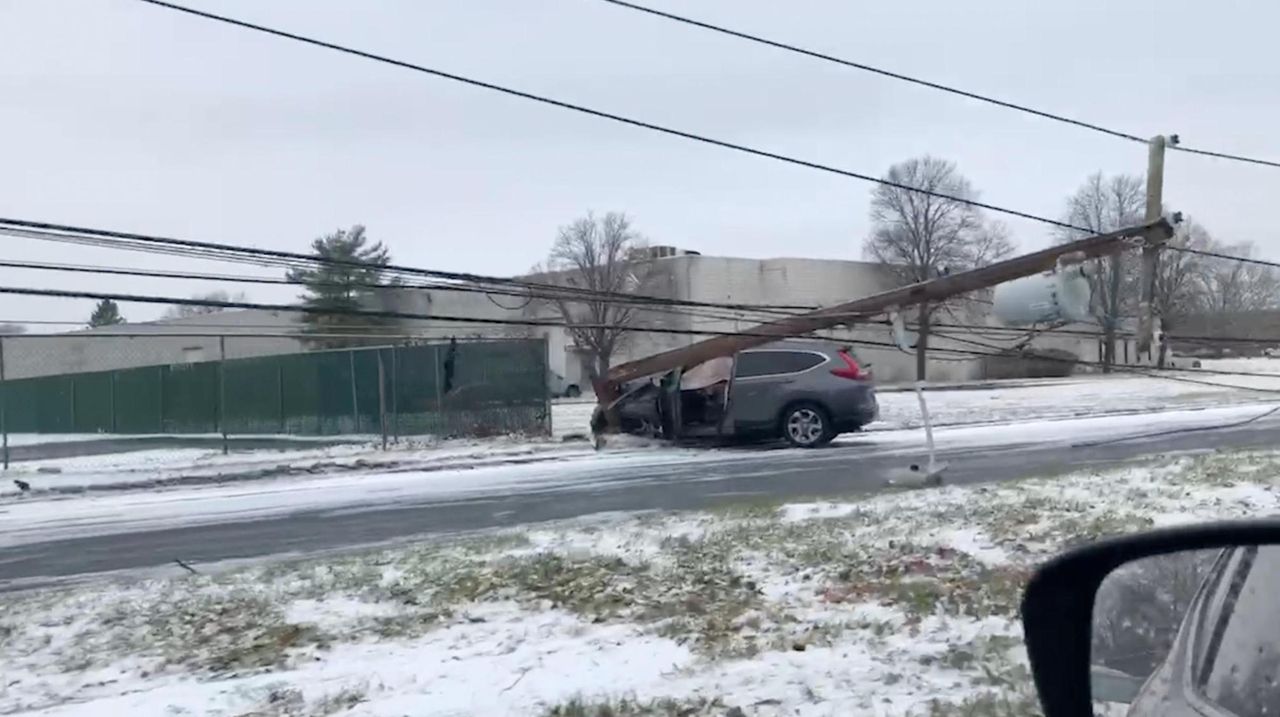 Gusty northwest winds of 35 to 45 mph could lead to the toppling of snow-covered tree limbs and power lines, meaning scattered to numerous power outages

And a coastal flood watch is also in effect, with the potential for moderate coastal flooding for vulnerable areas along the Great South Bay during times of high tide Sunday morning.

The weather service said to plan on slippery road conditions throughout the storm, with particular attention needed for Sunday afternoon and night. That’s when temperatures are forecast to zoom down from the mid 30s in the morning to the mid 20s early evening and then take a further dive to 8 degrees or so before sunrise Monday, feeling more like minus 10 or 11 with wind chill.

Given the “wet/slushy surfaces,” this means potential for a flash freeze, which would “create a sheet of ice on any untreated surfaces,” the weather service said in a hazardous weather outlook.

"Drivers should stay off the roads unless absolutely necessary and residents should prepare for potential power outages," Gov. Andrew M. Cuomo said in a news release.

State Police urged motorists who must travel "to leave with extra time to make a slow and careful drive to your destination."

"Take into consideration snow accumulation on the roads, the current snowfall rate, the wind, and visibility," police said in a statement. "Use your best judgment to determine if driving is prudent."

The Long Island Rail Road, which dealt with various switch and signal problems throughout its system during the first round of light snowfall Friday morning, said it was readying for the potential weekend storm.

The railroad said it will operate two “de-icer” trains that circulate throughout the railroad’s electrified territory, applying an anti-freeze solution to the third rail to reduce ice build-up. It will also pre-position locomotives and crews to be able to quickly respond to any trains that run into weather problems.

The railroad said it is also adding staff from various departments that will be both on-call and positioned at key sites to respond to weather-related issues, including station snow removal and platform salting.

As part of its LIRR Forward initiative, the railroad has made other improvements to harden its system from the effects of weather, including the addition of special covers to shield critical switches from the elements and third rail heaters in some locations.

Nassau’s bus provider, NICE, said it planned to run a normal schedule throughout the weekend, but warned that it “may have to adjust service as weather and road conditions change and travel becomes more difficult and hazardous. Significant delays, detours and service suspensions are possible.”

What to know about January weather on LILook at it this way. As we step into January, one third of winter is ... Check current conditions and your 7-day forecastView the current weather conditions, what to expect and your 7-day forecast here. Winter driving tips for skidding, getting strandedDriving on snow- and ice-laden roads can be tricky even for experienced drivers. Follow these ... 12 habits your doctor hopes you broke this winterWinter is almost over and it brought plenty of dangers, hazards and bad habits. But ...