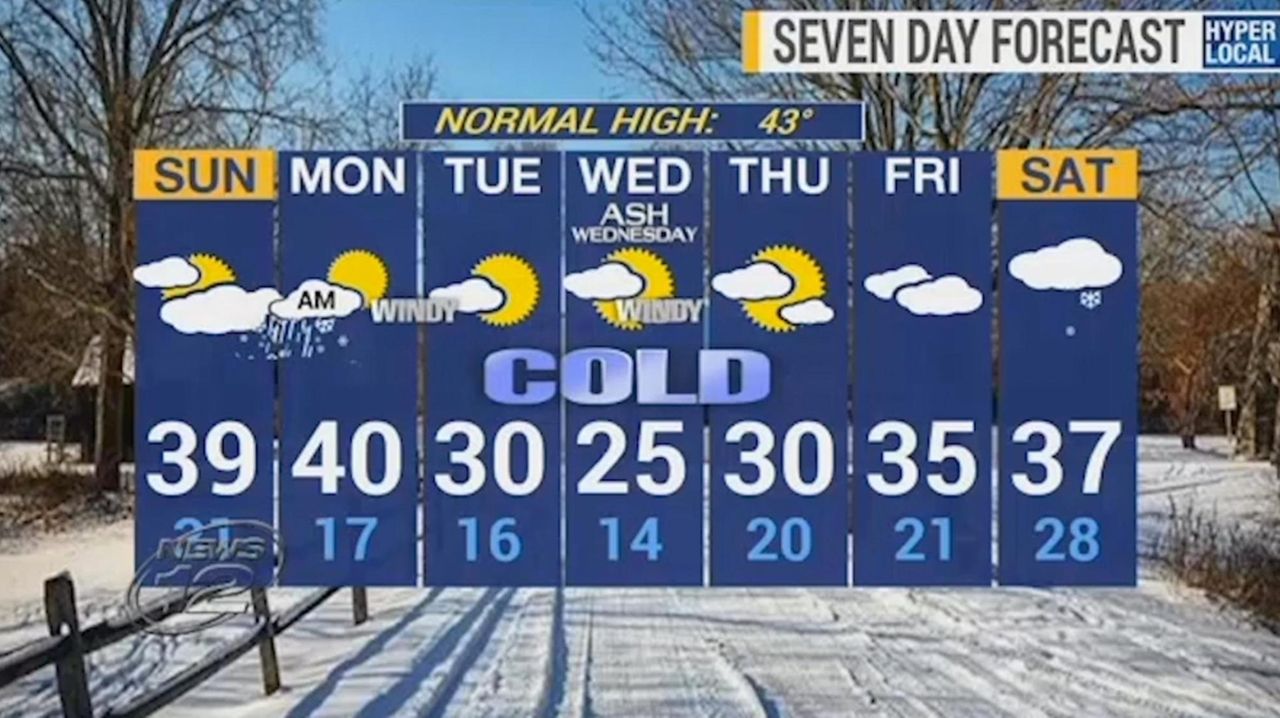 Heavy bands of snow overnight prompted the National Weather Service to up its estimate to 6 to 10 inches for Long Island from the winter storm that moved in from the southeast Sunday night — making for a rough Monday morning commute.

The low pressure system started as rain and some mixing may still occur, the service said. But cold air moved in overnight in most spots and the system was expected to intensify after 11 p.m. Sunday, depositing a significant snowfall over Nassau and western Suffolk. Less was expected for the East End and the South Shore, forecasters said.

"It will impact the morning commute, even though the precipitation will be on the way out," said Joe Pollina, an Upton-based weather service meteorologist.

The storm had already prompted 100 school districts, daycares and colleges to announce delayed opening of mostly two hours for Monday morning, with about 20 closing for the day.

The NICE bus system said Sunday night  it may have to adjust schedules or extend time between buses, depending on the weather conditions. And the Long Island Rail Road again warned riders to allow for extra travel time, be careful at stations and monitor mta.info/lirr. Municipalities were getting their snow removal equipment ready and preparing to treat roads.

At a storm briefing Sunday afternoon in Katonah in Westchester County, Gov. Andrew M. Cuomo said state agencies will be ready wherever the storm track ends up.

“We’d rather overprepare than underprepare, and if Mother Nature goes light and easy on us, great,” he said.

Cuomo said the Metropolitan Transportation Authority and the state's airports  were prepared to handle the snow, and crews will be on the roads overnight, plowing.

“The commute [Monday] morning will be sloppy, but manageable,” he said.

Precipitation is expected to end after 8 a.m. and temperatures will reach the mid-to-upper 30s Monday, Pollina said. The North Shore should get the highest snowfall totals.  Rain could mix in at times on the South Shore.

As temperatures drop into the teens Monday night, "anything that does melt will refreeze on untreated surfaces," Pollina said.

The storm follows a light snowfall Friday morning and up to 5 inches of snow on Saturday morning.

The rest of the week is expected to be dry, but cold, with the high in the lower 30s Tuesday, and in the middle 20s on Wednesday, Pollina said. The normal temperature for this time of year is 44 degrees, "so it's about 15-to-20 degrees below normal," he said.

Temperatures will slightly warm up, reaching the upper 20s to around 30 degrees Thursday, and mid-30s on Friday.

It's expected to remain dry through Friday afternoon, when there is a chance for light snow, Pollina said.

Next weekend is expected to be warmer, with highs around 40 degrees, dry on Saturday and a chance of precipitation on Sunday.

Keshia Clukey covers Long Island education. She has been with Newsday since March 2018 and previously worked at the State Capitol in Albany covering education for Politico. A Plattsburgh native, she also has worked at a number of newspapers in the state including the Times Union in Albany, and has received a number of awards for her work from state and national press agencies.