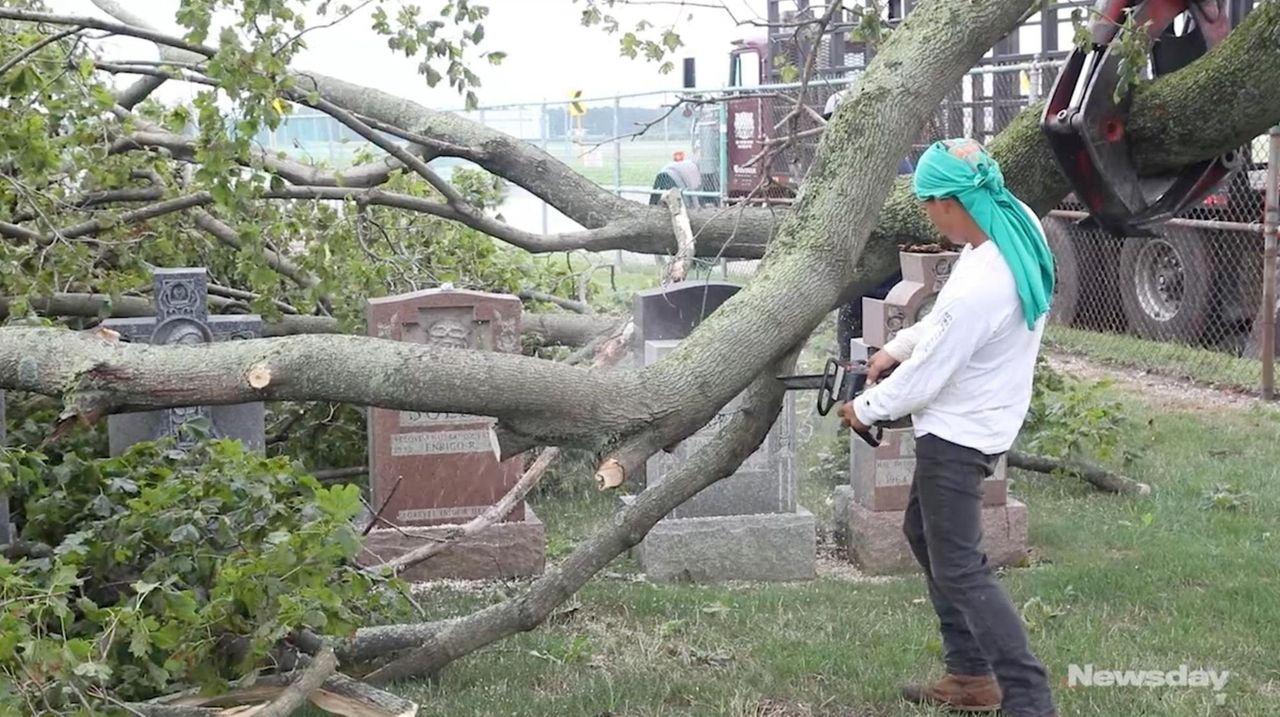 Thousands of Long Islanders remained without power Friday night — a day after powerful thunderstorms swept through the Island, snapping trees like twigs and toppling them onto live wires, cars, roads and houses — but the region can welcome sunny skies and mild temperatures on Saturday.

Thursday night's storms mainly targeted the South Shore, with as many as 300 people calling police for help in Nassau and PSEG Long Island reporting that Islip and Babylon were hardest hit by power outages.

National Weather Service meteorologist Brian Ciemnecki, who is based in Upton, said the South Shore bore the brunt of the storm: "As it gradually worked east, it did weaken, though it did not really start weakening until the middle of Suffolk County."

Wind gusts might even have topped 60 miles per hour, he said.

"You could tell by the amount of trees that came down in the area that the winds were very strong. That's a pretty clear indication," he said.

In a lot of storm damage pictures, he said, "The trees were snapped. You don't see a lot of the roots." That, he said, suggests the wind was the main problem.

Storms that strike when the ground is already saturated can, in contrast, uproot entire trees.

PSEG said it was calling in extra crews, including line and tree workers, and focusing on first restoring power to critical facilities, adding that more than 36,000 customers had been hit by outages Thursday night in Suffolk County.

In Nassau, the tree damage appeared concentrated in the First Precinct, which serves the Baldwin area, and the Third Precinct, headquartered in Williston Park.

Suffolk police said they fielded several calls Thursday night from residents reporting downed trees as the brunt of the storm made its way east. In Brightwaters, police said, two trees fell on a home. No injuries were reported, police said.

"There was nothing much to speak of," a Suffolk spokesman said Friday.

Sunny weather with a high near 77 is expected for Saturday, according to the weather service, with partly cloudy skies and a low of 62 degrees forecast for the night.