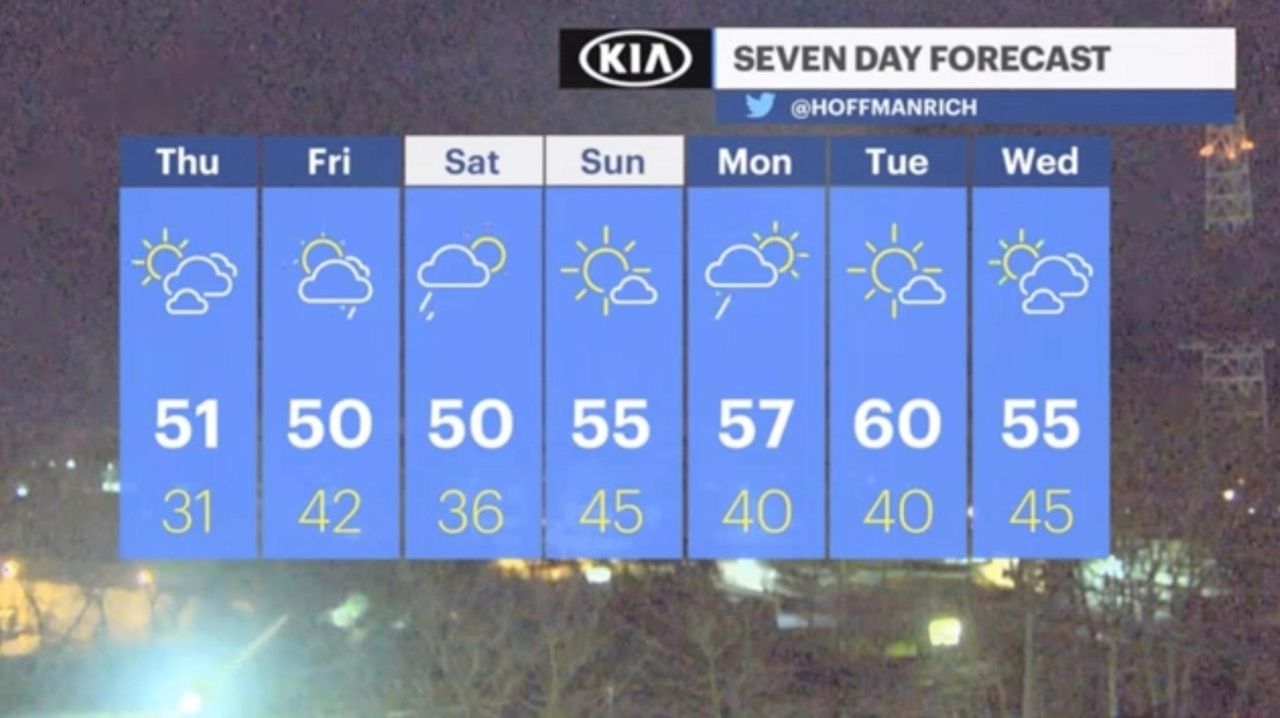 The National Weather Service says Thursday will be sunny, with a daytime high of just 50 degrees, and then the clouds sweep in, along with enough cold to issue a freeze watch for Nassau that will last until Friday morning. News 12 Long Island meteorologist Rich Hoffman has the forecast. Credit: News 12 Long Island

Thursday will be sunny — with a daytime high of just 50 degrees — and then the clouds sweep in, along with enough cold to prompt the National Weather Service in Islip to issue a freeze watch for Nassau that will last until Friday morning.

The freeze watch goes into effect late Thursday night, when temperatures could dip to as low as 28 degrees, the weather service said.

“It will be breezy and cooler than normal overall over the next few days,” the weather service said Thursday. “Forecast highs are generally in the upper 40s to near 50 which will be, on average for the region, about 10 degrees below normal."

And there might be snowflakes, at least away from the coast.

“Some snow is forecast as well with this system for some interior parts of the region but with little to no accumulation,” the weather service said.

Clouds should put in an appearance Thursday night and intensify Friday, with the weather service assessing the odds of downpours during the night at 80%.

Saturday morning looks like a washout until 9 a.m., the experts said.

Sunday should be sunny, with a high near 56 degrees. Overcast skies, however, are predicted for Monday though the sun returns on Tuesday, the weather service said. Highs are expected to be in the upper 50s both days.

Wednesday might see some showers. The high is predicted to be near 59 degrees.