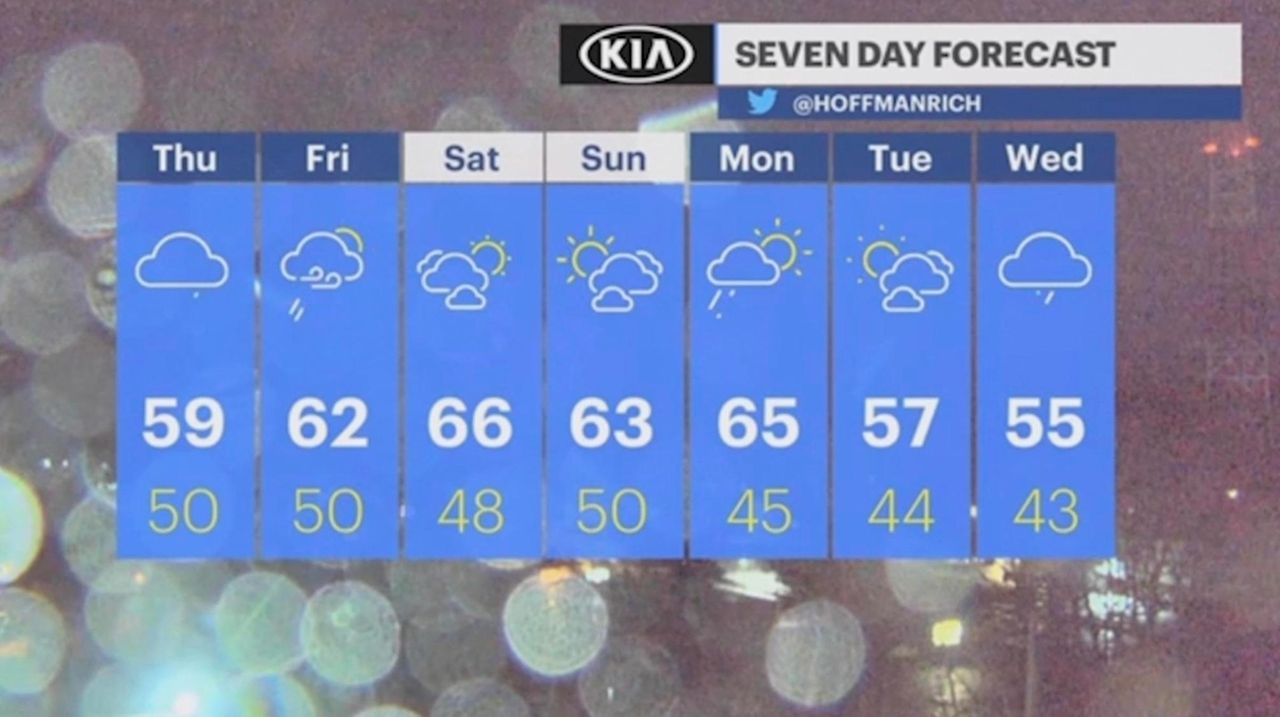 Thursday’s April showers will continue into May on Friday, though the sun should return by Saturday and stick around for Sunday, the National Weather Service in Islip said.

Until the weekend, the downpours from Thursday night through Friday, will be accompanied by strong winds.

Around noon Thursday, the weather service placed both Nassau and New York City under a wind advisory through 8 p.m. It then extended the advisory until midnight and included western Suffolk from 6 p.m. to midnight.

"A strong frontal system will bring moderate to heavy rainfall tonight into Friday morning," the experts said. “Rainfall amounts will average between 1 and 2½ inches across most of the area, with the potential for 2 to 3 inches across western areas."

A high near 59 degrees is expected.

Saturday should bring sunshine by daybreak, which will help push temperatures to 65 degrees. Sunday will be quite similar, though five degrees cooler, the weather service said.

There is a 30% chance of showers on Monday, with a high near 60 degrees predicted. Tuesday and Wednesday should both be clear and bright, with highs in the 50s, the weather service said.