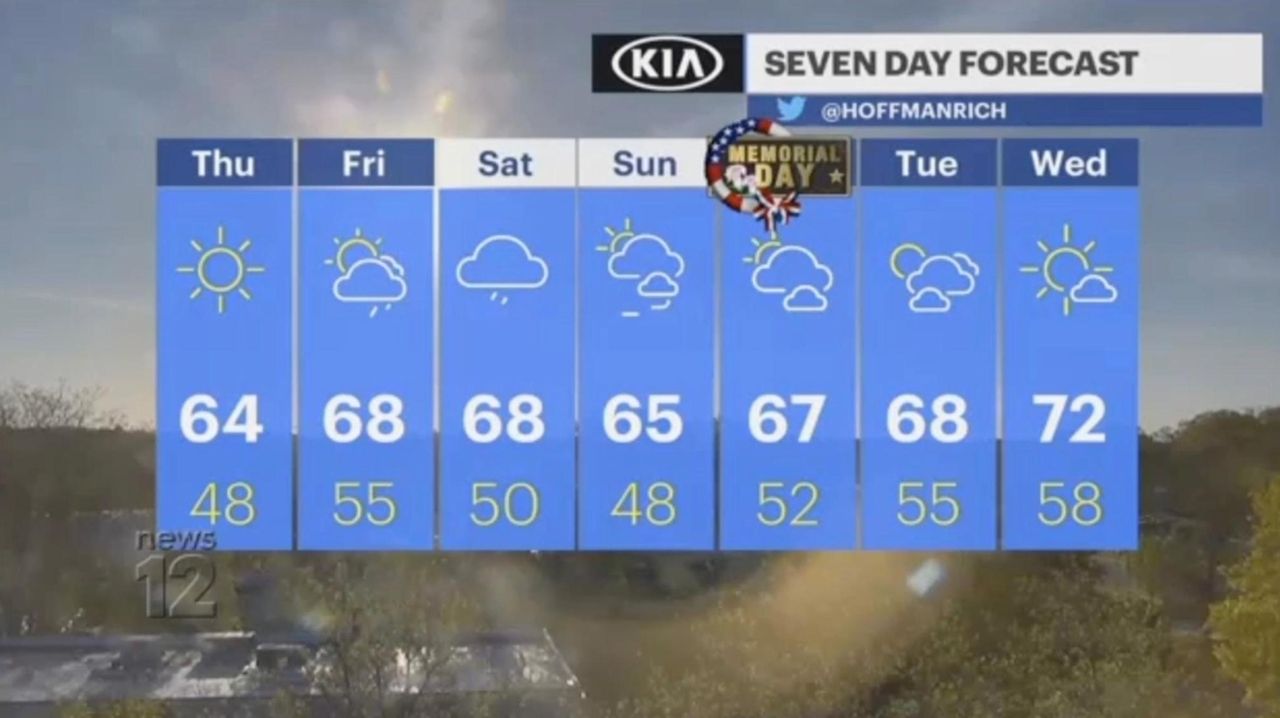 Thursday should be bright and clear and while any Friday afternoon showers will intensify to dominate Saturday, the sun is expected to return on Sunday and Monday of Memorial Day weekend, the National Weather Service said.

Thermometers will hover in the 60s during that period, forecasters said. Thursday's high is expected to be near 63 degrees.

Anyone on Long Island’s southern coast should beware of large breaking waves through 6 a.m. Thursday, said the weather service, which issued a high surf advisory.

On Friday there is a 20% chance of showers after midday. Downpours are likely for almost all of Saturday, as the weather service assessed the odds of rain at 70%.

However, Sunday should be mostly sunny and Monday at least partly sunny.

Tuesday also should offer at least partly clear skies, though on Wednesday the clouds probably will roll in, the weather service said. Highs are expected to be in the upper 60s Tuesday, and hit 70 on Wednesday.