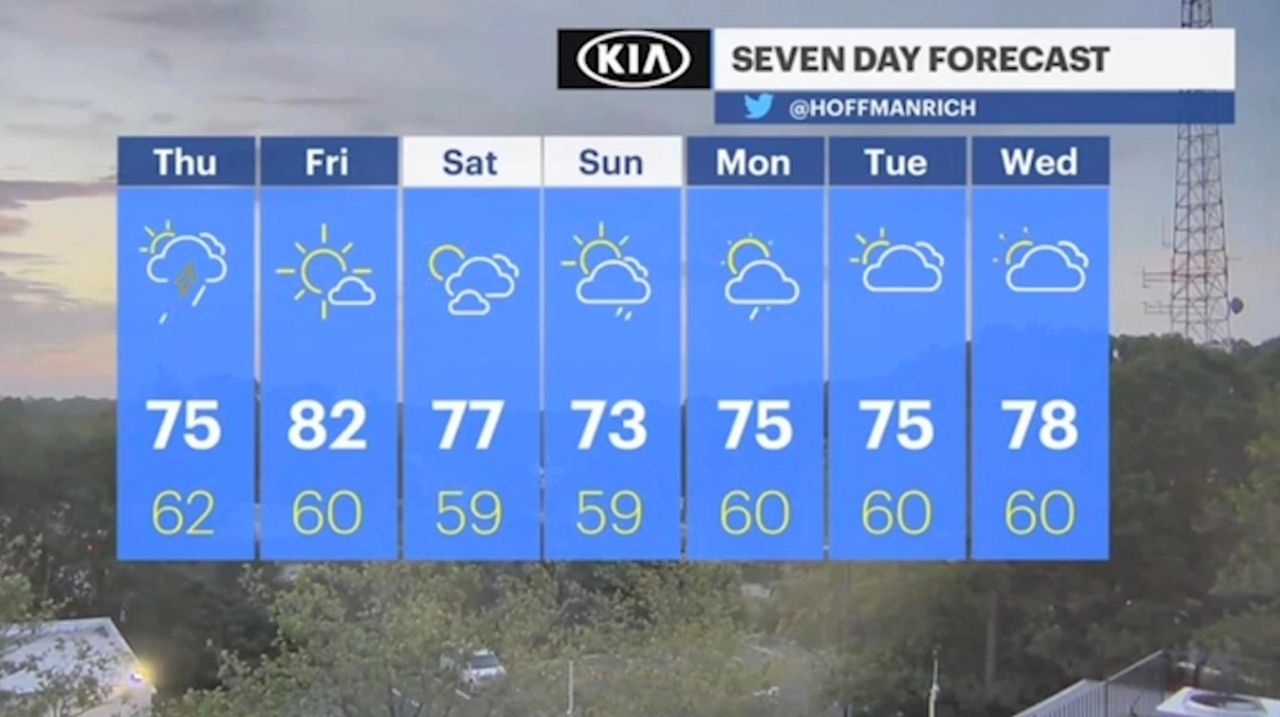 The National Weather Service in Islip said on Thursday Long Island will experience thunderstorms and showers with potentially heavy rain that could cause minor flooding with high temperatures in the mid-70s. News 12 Long Island meteorologist Rich Von Ohlen has the forecast. Credit: News 12 Long Island

A broken line of showers and storms continues moving across Long Island onThursday, the National Weather Service said just after 4 p.m. Heavy rain mainly across eastern Suffolk County is the biggest concern and some cloud to ground lightning is likely.

Earlier forecasters said thunderstorms and showers with potentially heavy rain could cause what the National Weather Service in Islip calls minor, nuisance flooding.

And there is a high risk of strong rip currents along the Atlantic Coast.

Thursday’s high will be in the mid-70s. That is around five degrees cooler than the high for Friday, when the sun should return after possibly more downpours and thunderstorms Thursday night, the weather service said.

And then another front arrives in time for a promising Saturday forecast as it “will bring a cooler and drier air mass to start the weekend,” the weather service said.

"High pressure will begin to build in on Saturday from south central Canada," the weather service said. "Highs forecast Saturday are well into the 70s and near normal."

A sunny Saturday, when the daytime high will reach 75 degrees or so, will be followed by a cloudy, slightly cooler Sunday, when there is a 30% chance of rain after noon. A high near 72 degrees is expected.

There are the same odds of showers on Monday but both Tuesday and Wednesday should be at least partly sunny, the weather service said. Highs will be in the 70s.