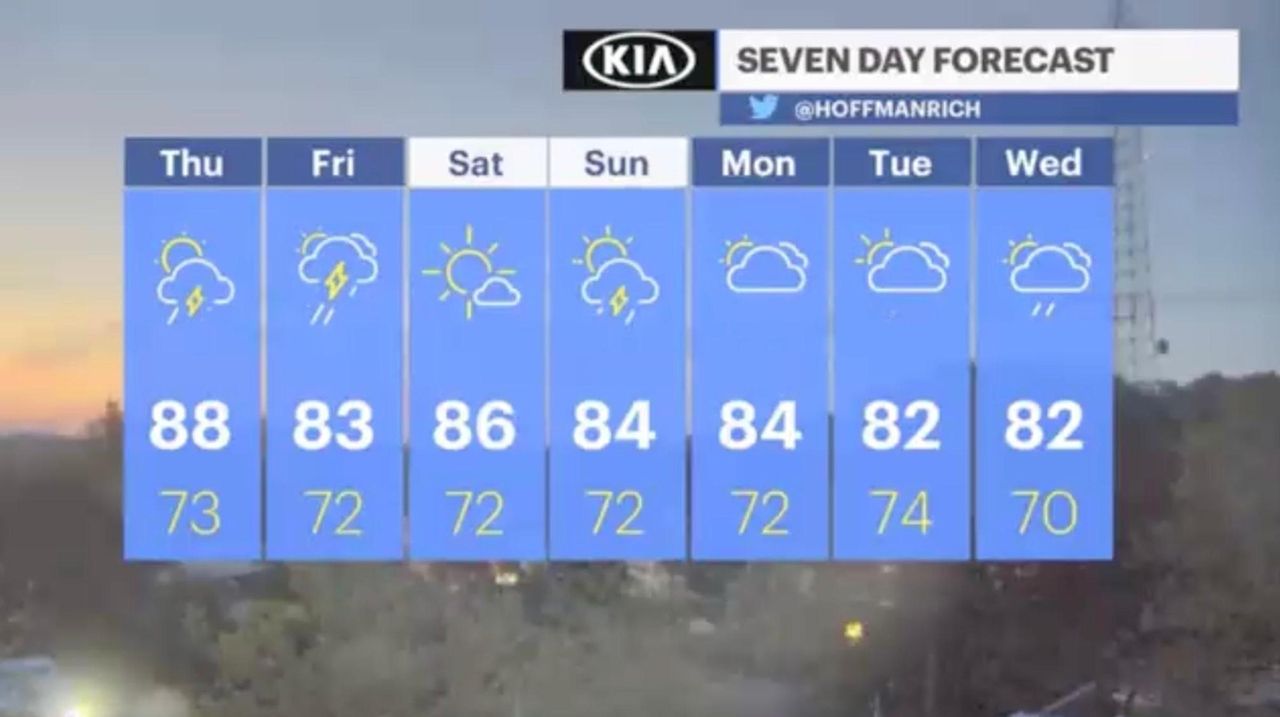 Long Islanders should brace for possible thunderstorms and high winds Thursday night, with the potential for more early Friday and extending into the morning commute, according to the National Weather Service.

The chance of heavy rain, powerful gusts and even some flash flooding is expected to remain at 60% through 9 a.m. Friday before dropping down to 30%, the weather service said in a hazardous weather alert issued just after 4 p.m. Thursday.

A low of 73 degrees is forecast for Thursday night with the humidity, a soupy 82%. Friday might be stormy but it will be cooler than Thursday when the temperature hovered in the mid 80s. The high Friday is expected to top out at 78 with more rain possible at night and a low of 70. The expected break from the heat Friday will come courtesy of a Great Lakes cold front headed to Long Island, meteorologists said.

Monday continues the 50% chance of thunderstorms through the night. The high Monday should hit 86 before dropping to 73 at night with nearly the same forecast Tuesday.

The sun finallly makes an extended appearance Wednesday although there will still be a 40% chance of thunderstorms. Wednesday high will be about 83 with the temperature dropping to 70 at the night, the weather service said.