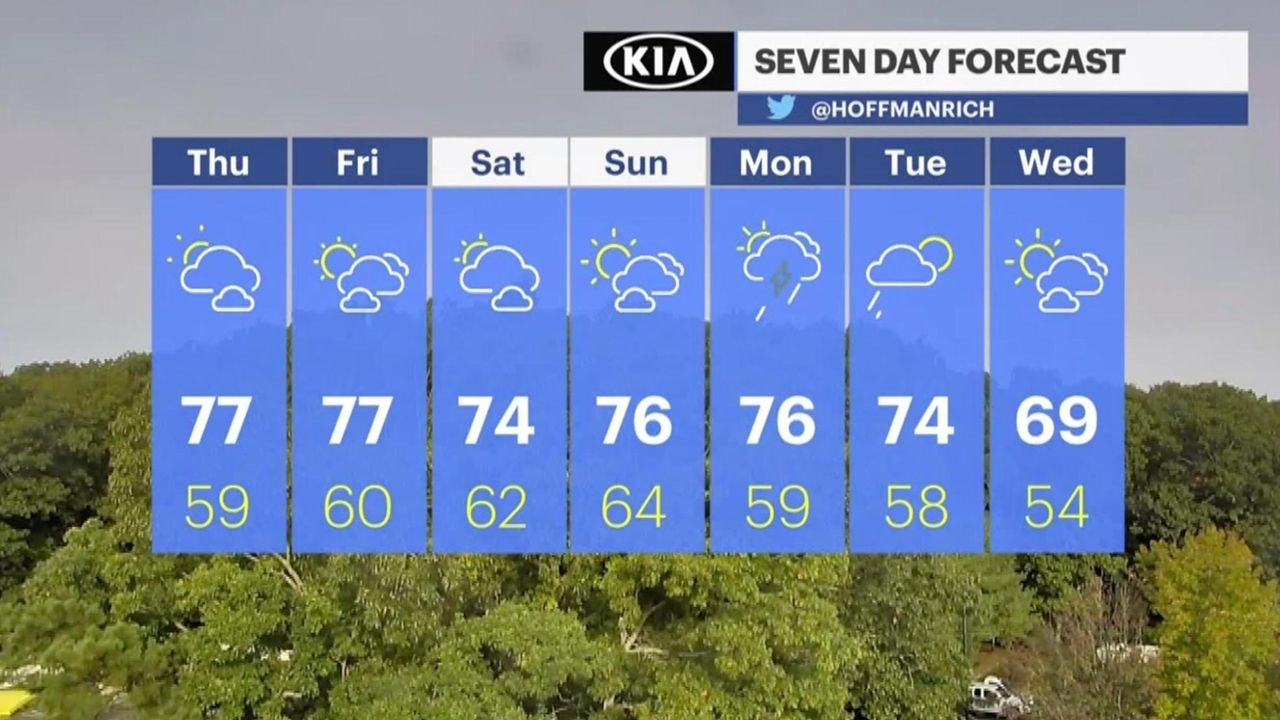 Sunshine, clouds and possible rain — with daytime highs in the mid-70s or higher — are all in the forecast for Thursday through the beginning of next week.

For now, Long Islanders can expect an at least partly sunny Thursday and an overcast night, according to the National Weather Service's Islip office.

"High clouds well out ahead of the remnants of Beta will continue to make their way into the area today," the weather service said Thursday, adding the clouds may keep temperatures slightly cooler compared to Wednesday.

Post-tropical cyclone Beta was drenching Mississippi, bound for the Tennessee Valley and possibly onto the southern Appalachians, as of 5 a.m., the College Park, Maryland-based Weather Prediction Center said. Beta should keep heading northeast for the next 16 hours.

Long Island swimmers and surfers should be wary, as there is a moderate risk of Atlantic Ocean beaches developing rip currents, the weather service said.

Look for a sunny Friday on the Island with a daytime high of 76 degrees. There is a 20% chance of showers on Saturday and it is expected to be a few degrees cooler during the day.

Sunday should be bright and clear. There is a 30% chance of showers arriving before dawn Monday and departing in time for a sunny Tuesday.

Downpours are possible Tuesday night — the chances again are 30% — but the sun should return Wednesday, when the high is expected to be near 69 degrees, the weather service said.