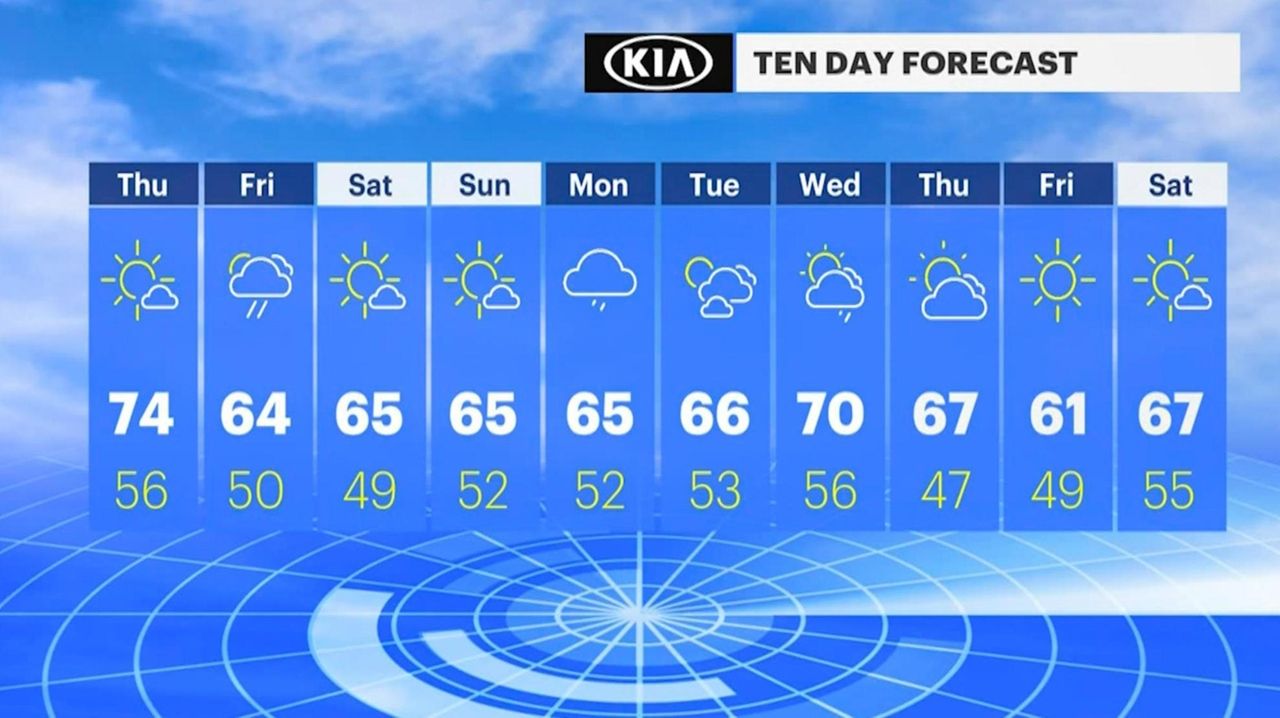 October begins with nearly ideal weather, as a sunny and warm Thursday with a high in the low 70s is predicted — though there is a 20% chance of a few showers after midnight, the National Weather Service’s Islip office said.

Friday will be cloudy and possibly rainy — the odds of showers are 30% — before a sunny and cool weekend, when the temperatures are not expected to make it above the mid-60s.

Sunday night will see clouds return and there is a 50% chance of rain on Monday, but the sunshine returns Tuesday and sticks around at least until Wednesday, the forecasters said.

Chilly is becoming a theme.

On Thursday night, the forecasters said, "Temperatures will be cooler than they have been recently, with lows ranging from the upper 40s in the interior, to around 60 in the New York City metro area."

Any rain should be light: "Models are indicating that the highest rainfall amounts will be less than 0.10 inches," the weather service said.

"These totals are expected to be focused around the lower Hudson Valley and northeast New Jersey," the weather service, with lower rainfall totals elsewhere.

For Friday, the weather service forecasts, "High temperatures will struggle to reach the mid-60s in the afternoon and will probably feel chillier thanks to the 10 mph wind."

After the bright and clear weekend, Monday’s daytime high will continue the mid-60s pattern — as will Tuesday — but Wednesday looks to be a few degrees warmer.

The average temperature for this month is 54.3 degrees. The record high of 89 degrees was set last year, the weather service said.