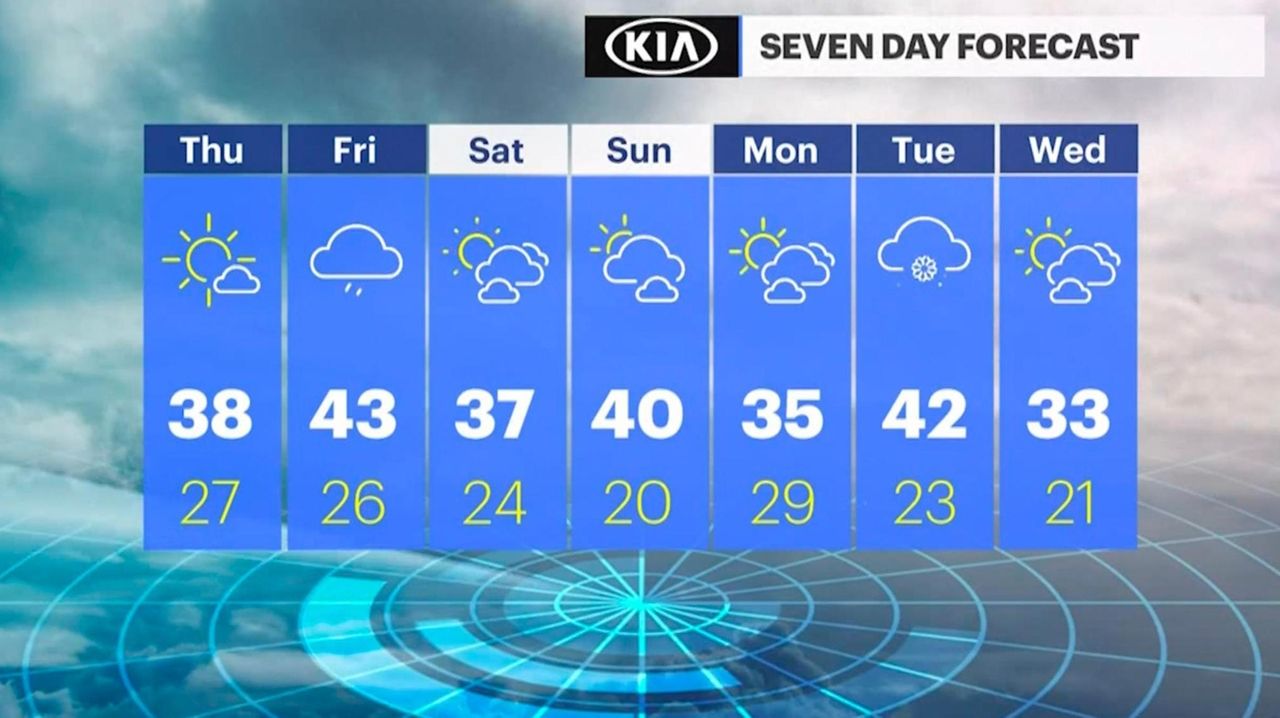 The National Weather Service said Thursday should be relatively mild with highs in the 30s, but rain is forecast for Friday and snow could return next week.  News 12 Long Island meteorologist Rich Hoffman has the forecast. Credit: News 12 Long Island

There is a good chance for "accumulating snow" for Long Island Sunday, according to a National Weather Service briefing Thursday afternoon.

But while the recent nor'easter dumped more than 18 inches on some areas, this one seems to be a lot more reasonable — so far "at least" two inches predicted for the area. Long Island, however, appears to have the "highest potential" for a snow event, the briefing said.

As usual, the outcome depends on the track of the storm.

The region will also see "gusty winds" and the storm should last most of Sunday, the weather service said.

Meanwhile, Thursday’s "abundant" sunshine and mild 38 degree high helped melt the snow from the last storm. But a wintry mix may fall on parts of Long Island Friday, the weather service said.

Friday’s odds of precipitation are 60% though it may amount to less than a tenth of an inch. The daytime high will be a balmy 44 degrees.

After the Sunday storm, Monday will see the sun return, though it will be chillier at 32 degrees during the day.

The frigid cold weather is expected to resume next week, and the weather service cautioned it is still too early to predict what, if any, storms arrive.

"Next week is expected to begin chilly and dry with subfreezing temperatures … With this near arctic air mass in place, models are indicating that another broad low pressure system could bring another round of snowfall and/or wintry mix for Tuesday into the middle of next week," the weather service said.