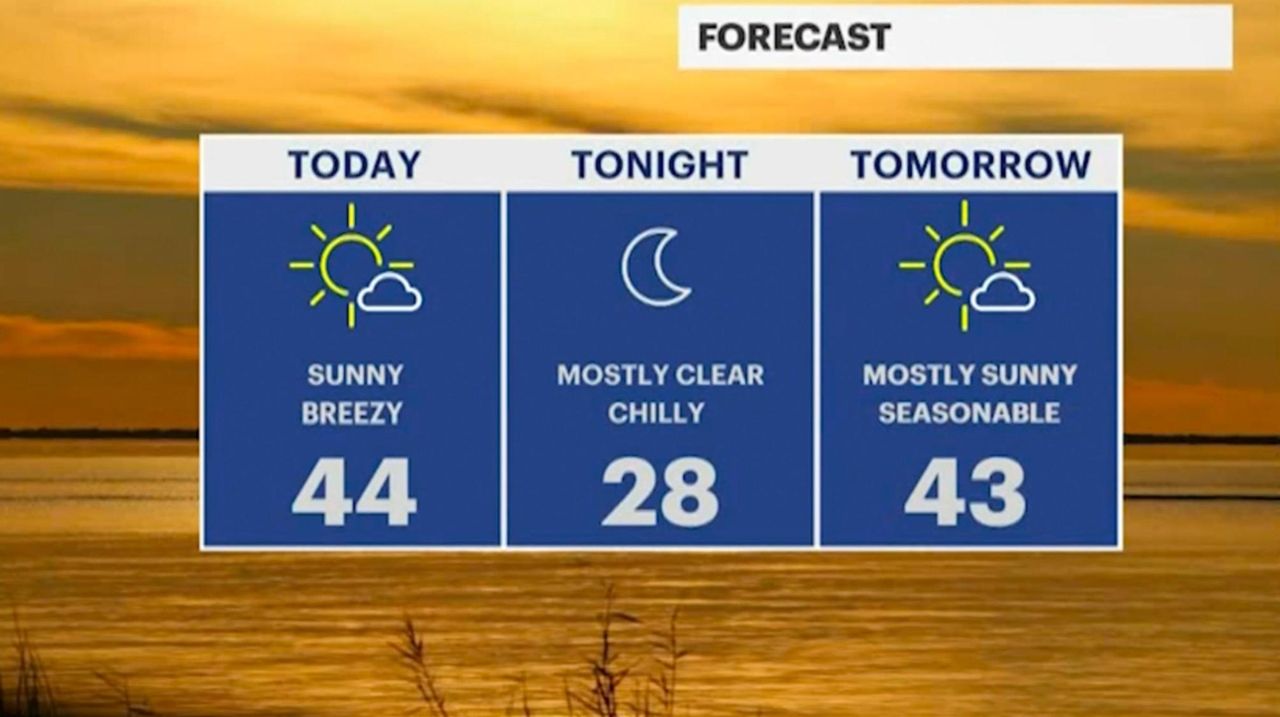 Thursday will be sunny and blustery — wind gusts could hit 25 mph — with a daytime high of 46 degrees, forecasters said.

Friday will be similar, though slightly cooler and much less windy, the National Weather Service said.

These temperatures follow Wednesday’s unusual winter warmth, when the daytime high hit 50 degrees in Islip — one of the warmest days since temperatures spiked to 59 on Christmas, weather service meteorologists said.

Rain, and maybe some light snow

After a few days of fair weather, it looks like Long Island may be in for a rainy weekend.

On Saturday, there is a slight chance of pre-dawn snow and rain, which should turn entirely to rain by 10 a.m., the weather service said.

"With low temperatures Friday night dropping into the upper 20s for the interior and the low to middle 30s for the coastline/NYC metro (area), any precipitation that can move in before morning on Saturday has the potential to be in the form of light snow or a light snow/rain mix," the weather service said. "Most of the precipitation likely won't move into the area until after sunrise on Saturday so much of it should be in the form of rain for much of the area."

Highs are expected to be in the upper 40s on Saturday.

The odds that rain continues into Saturday night are 30%. On Sunday, the odds climb to 40%.

Sunshine then should return for the Monday to Wednesday period, when daytime temperatures are expected to bounce from 46 degrees on Monday down to 39 on Tuesday and then up to 44 on Wednesday, the weather service said.