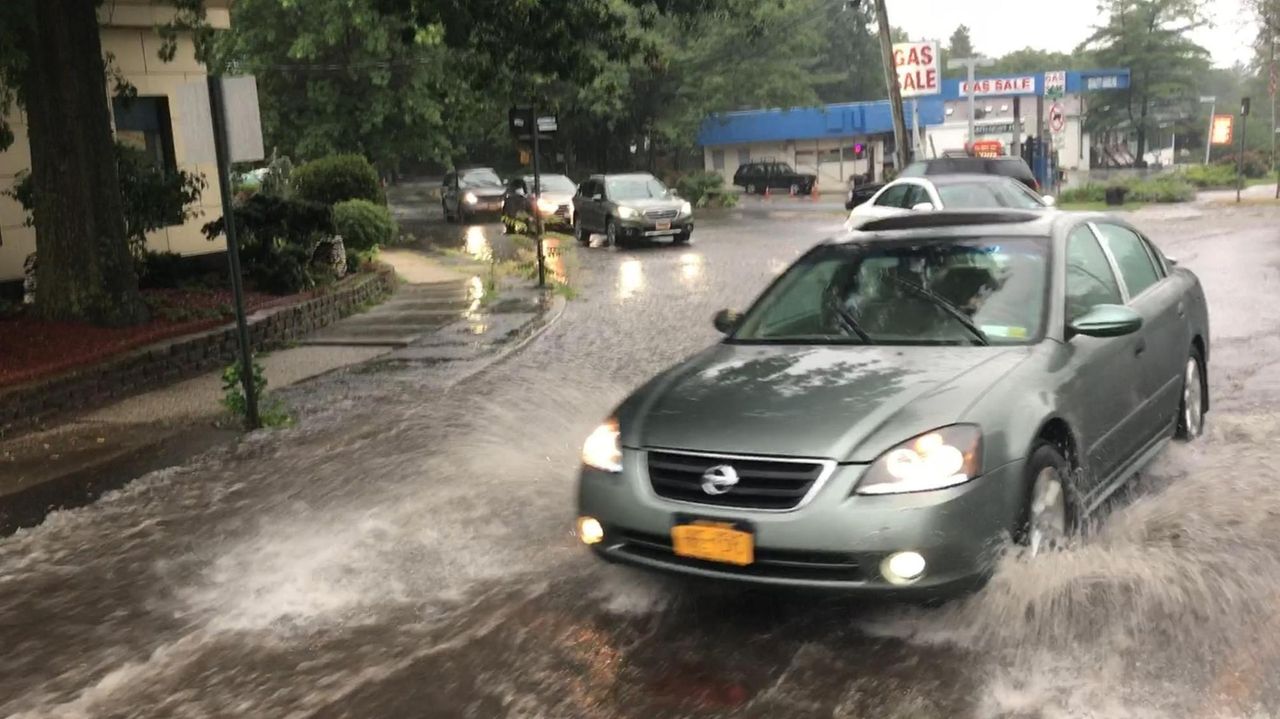 The forecast calls for sunny skies Wednesday with a high of 87 and just 60 percent humidity.

"It's going to feel much more comfortable," said meteorologist Carlie Buccola of the National Weather Service in Upton. "You'll notice the change."

Tuesday was mostly cloudy with 95 percent humidity with the thunderstorms arriving in the afternoon.

A funnel cloud was reported south of Rockaway Beach, NY. Our cameras were rolling to capture the passing storm in time lapse, and voila there it was. #StormWatch #NJwx #NYwx #NJToday #FunnelCloud @News12NJ pic.twitter.com/Qy1loDDOl1

The storm was so intense that a funnel cloud appeared in the waters off Brooklyn about 4 p.m. and several city subway lines shut down briefly because of flooding, the Metropolitan Transportation Authority said.

The National Weather Service said it reviewed pictures and video from New York Harbor and confirmed it was a funnel cloud, which apparently did not touch water.

But that was nothing compared to flooding in the city. The downpours shut down all northbound lanes of the FDR Drive for about 35 blocks in Manhattan as vehicles got stuck. In the subways, the MTA tweeted it was "battling station flooding" at Times Square and other stops along the L line and the No. 6 line had been temporarily halted between Manhattan and the Bronx.

"As the storm made its way across the city, it did weaken," Buccola said. "It was so humid today so any rain that did fall was going to be heavy."

We reviewed pictures and video from New York Harbor, and determined there was a funnel cloud. From the videos we saw, there was no apparent sign of the circulation touching the water.

On Long Island, Nassau and Suffolk county police reported no major, weather-related incidents, although Old Sunrise Highway in Massapequa was closed in both directions underneath the train trestle due to flooding.

The worst of the storm was over by about 6 p.m. as the weather service rolled back its flash flood watch and other alerts.

Surviving heat, floods, other summer hazardsExpert advice on everything from boating safety to keeping your pets happy this summer season. Current conditionsThe latest forecast in your neighborhood.