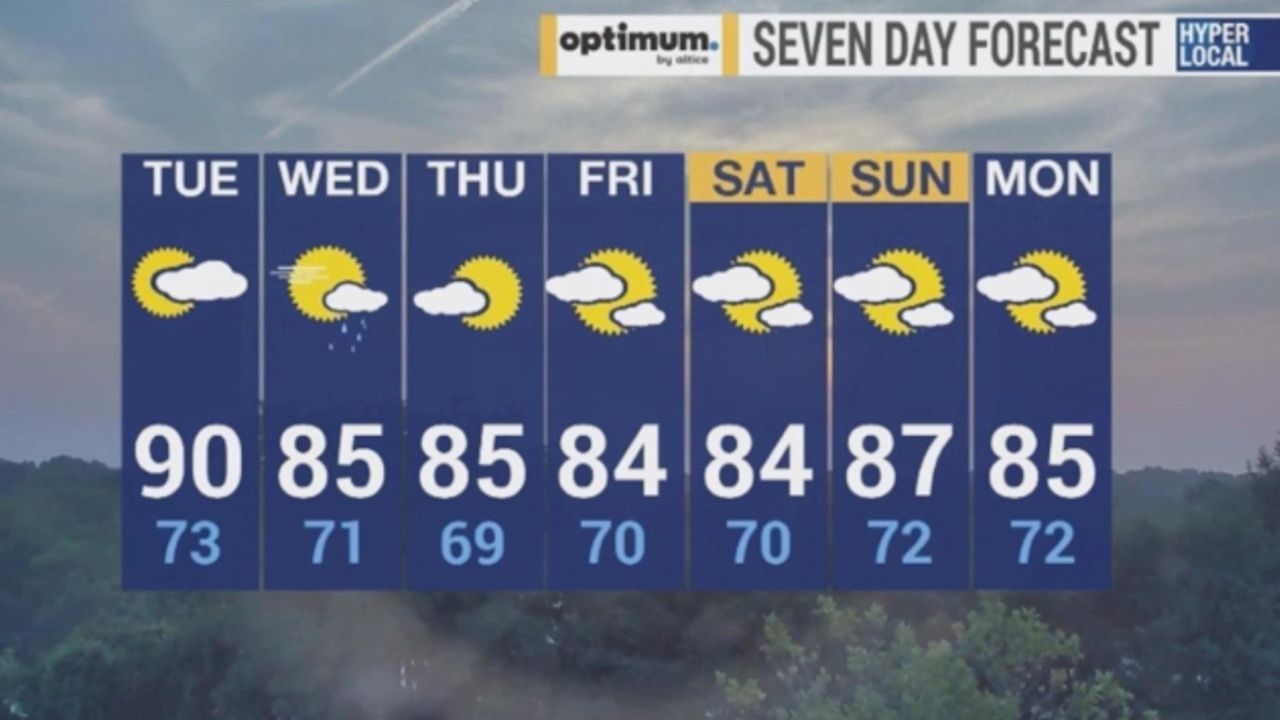 There’s a 50 percent chance that showers and thunderstorms will dampen Wednesday afternoon, ending a streak of above 90-degree heat on Long Island, according to forecasters who also predict gusty winds and heavy rain.

Temperatures should peak at about 85 degrees, according to the National Weather Service in Upton.

The rainfall would follow isolated pop-up showers and thunderstorms that hit areas of the North Shore on Tuesday afternoon, when meteorologists were monitoring a small storm over the Wading River, Rocky Point area, said Dave Radell of the National Weather Service.

Radell said that the area was visited by weak storms that can grow and die within about an hour, called single-cell thunderstorms. They are typically driven by heating on a summer afternoon, according to the National Oceanic and Atmospheric Administration.

A severe thunderstorm warning was issued for central Suffolk through 2:45 pm, with the main hazards coming from 60 mph wind gusts and quarter-size hail.

The Island was under a heat advisory until 9 p.m. These advisories are issued whenever it feels like 95 to 99 degrees for two days in a row, or 100 to 104 degrees "for any length of time," the forecasters explained.

However, Wednesday should benefit from a cold front, with the thermometer only rising into the mid- to upper 80s, the weather service said, though any parasols might have to double as umbrellas.

"Widespread showers and thunderstorms are expected Wednesday afternoon and early evening as the cold front approaches the area," the weather service said.

Thursday should be drier and sunny with a high of about 85 degrees, Radell said.

"That should clear through the area tomorrow night, and certainly by Thursday morning so Thursday looks to be a much better day — dry and less humid relative to Wednesday," Radell said.

Anyone who favors Thursday's weather can look forward to more of the same. The four days that follow should closely match Thursday's forecast, according to the weather service.