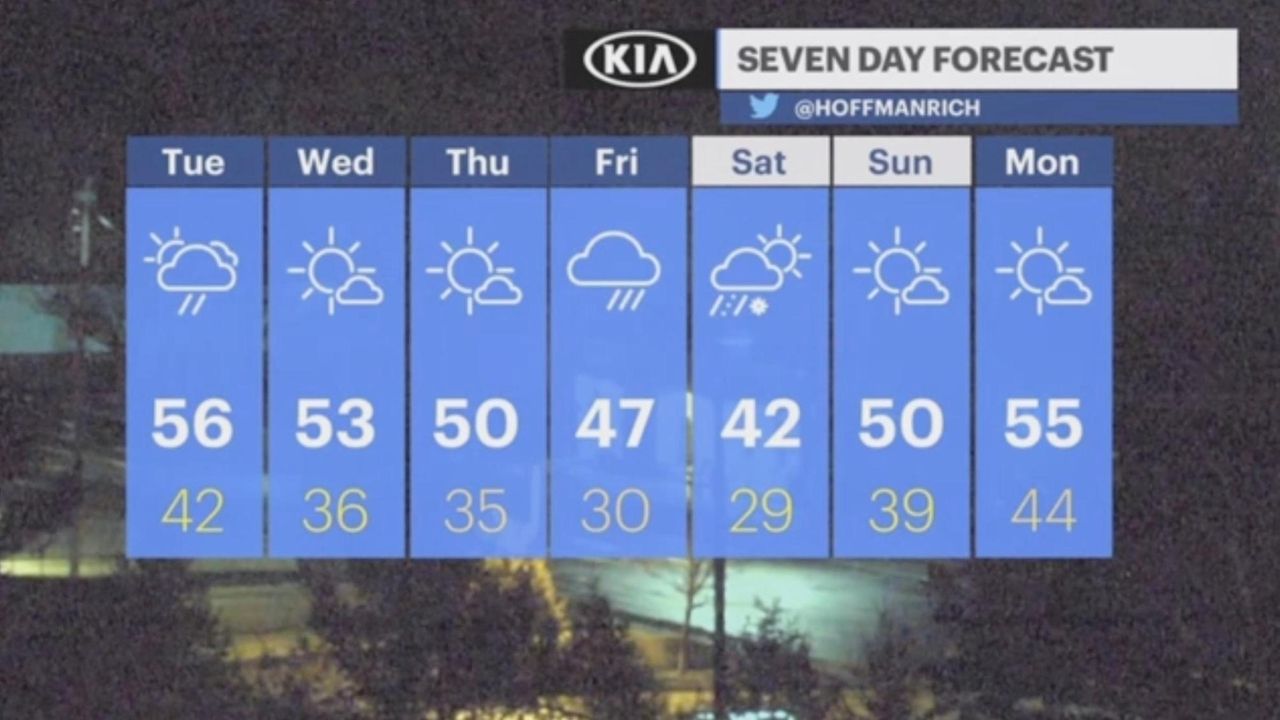 The National Weather Service says Tuesday will be warm, with the high of 58 degrees which is nearly 20 degrees above the average for the month. But the odds of a late, wet afternoon and evening are a strikingly high 90%. News 12 meteorologist Rich Hoffman has the forecast. Credit: News 12 Long Island

Another day with temperatures well above average is bringing rain to Long Island that will last well into the night, the National Weather Service said.

In its Tuesday afternoon regional summary, the weather service said a "rumble of thunder" is also possible and the rain will end from west to east with temperatures in the low to mid 40s overnight, lightening up after 1 a.m..

"The low pressure system exits on Wednesday as high pressure builds in from the west, allowing skies to clear. Winds will be gusty at times, with gusts up to 30 miles. High temperatures will
be in the low to mid 50s," the weather service said, adding that winds "will relax" by Wednesday evening with lows in the 30s.

The warm spell continues for much of the week: Wednesday’s high should be 53 degrees, though it will be breezy.

Thursday will be a bit cooler: the weather service forecasts a high of 48 degrees, much like Friday.

Saturday, though mostly sunny, will be a cooler 41 degrees during the day, and just 28 at night.

On Sunday, the thermometer should hit 48 degrees during the day, with clear skies, the weather service said. The nighttime low will be a warmer 38.

The unusual warmth returns Monday, with a high of 55 degrees, the weather service said.