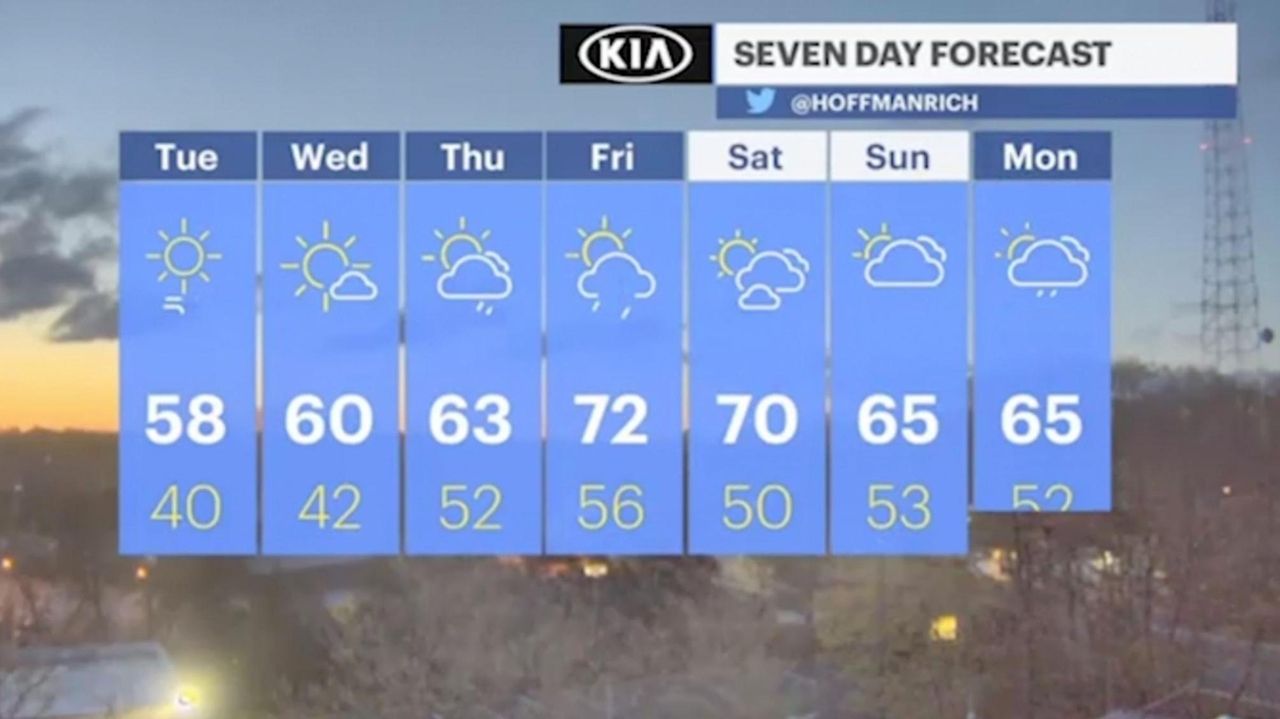 The National Weather Service in Islip said Tuesday will be sunny and breezy with wind gusts up to about 28 mph and a daytime high of 58 degrees. News 12 Long Island meteorologist Rich Hoffman has the forecast. Credit: News 12 Long Island

Sunny and breezy with wind gusts up to about 28 mph, Tuesday should have just about flawless weather — though it will be unusually cold.

A daytime high of 58 degrees — which is below normal for this time of year — will be followed by nighttime lows about 20 degrees lower, the National Weather Service in Islip said.

Wednesday and Thursday also should offer plenty of sunshine, though the chilly air will linger. Highs in the upper 50s and low 60s are expected.

"Temperatures will gradually rise a few degrees each day, but will still remain below normal for this time of year,” the weather service said.

On Thursday night and Friday, there is a 50% chance of rain, the weather service said. The high will be in the 70s.

Saturday promises clear skies and a high of 70 degrees.

There is a slim chance of rain both on Sunday and Monday, both of which will be slightly cooler, with highs in the mid-60s predicted. The weather service put the odds of showers at 30%.