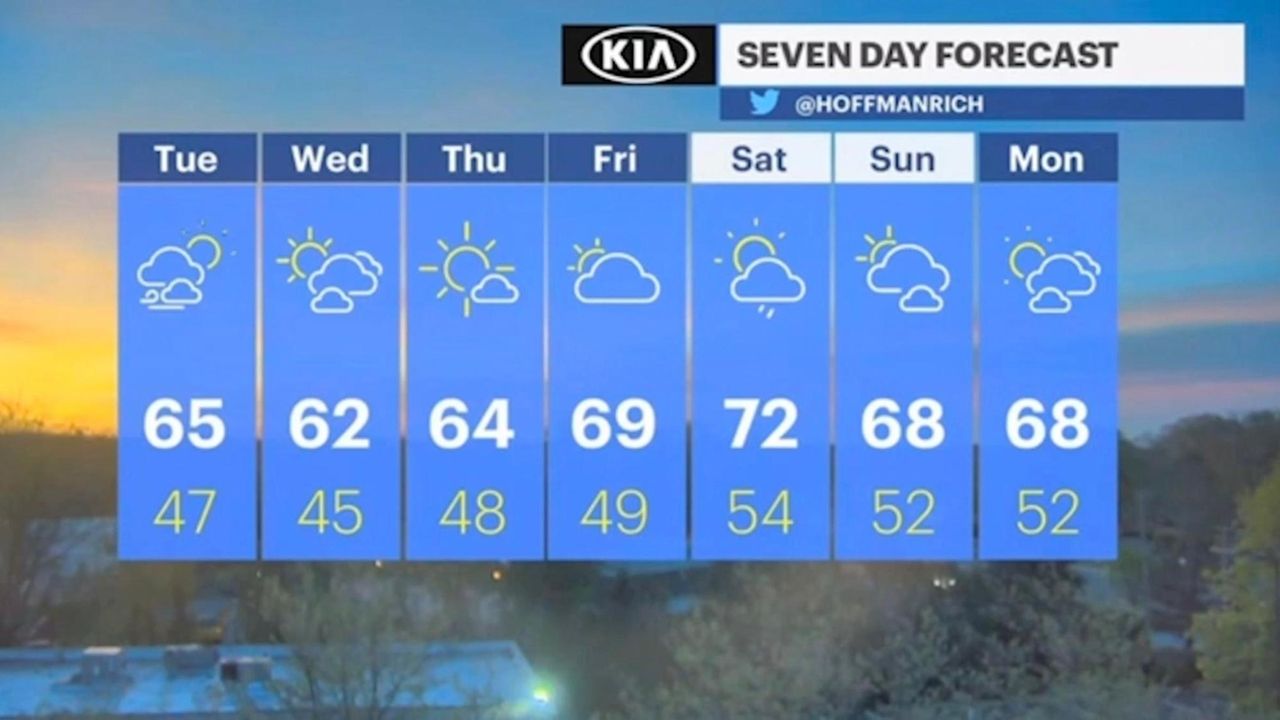 The National Weather Service said Tuesday’s high will be in the 60s as a cold front from Canada clears away the clouds brought by Tropical Storm Arthur. News 12 Long Island meteorologist Rich Hoffman has the forecast. Credit: News 12 Long Island

Tuesday’s high will be in the 60s as a cold front from Canada clears away the clouds brought by Tropical Storm Arthur, the National Weather Service in Islip said.

Expecting winds gusting up to 40 mph, the weather service issued a high surf advisory and hazardous weather outlook for southwestern Suffolk that runs from 8 a.m. Tuesday until 6 p.m. Wednesday.

"East winds will keep temperatures on Tuesday five to 10 degrees below average with highs in the middle 60s inland and low 60s along the coast," the weather service said.

The weather service added: "The large and strong high pressure stalls over the region for much of the week allowing for dry and mostly clear conditions, but with temperatures below average due to a persistent easterly wind."

Wednesday should be quite similar, but with calmer winds clocking no more than 28 mph, the weather service said.

Both Thursday and Friday also should be sunny but rain might start arriving Friday night, the experts said. Highs are expected to be in the 60s.