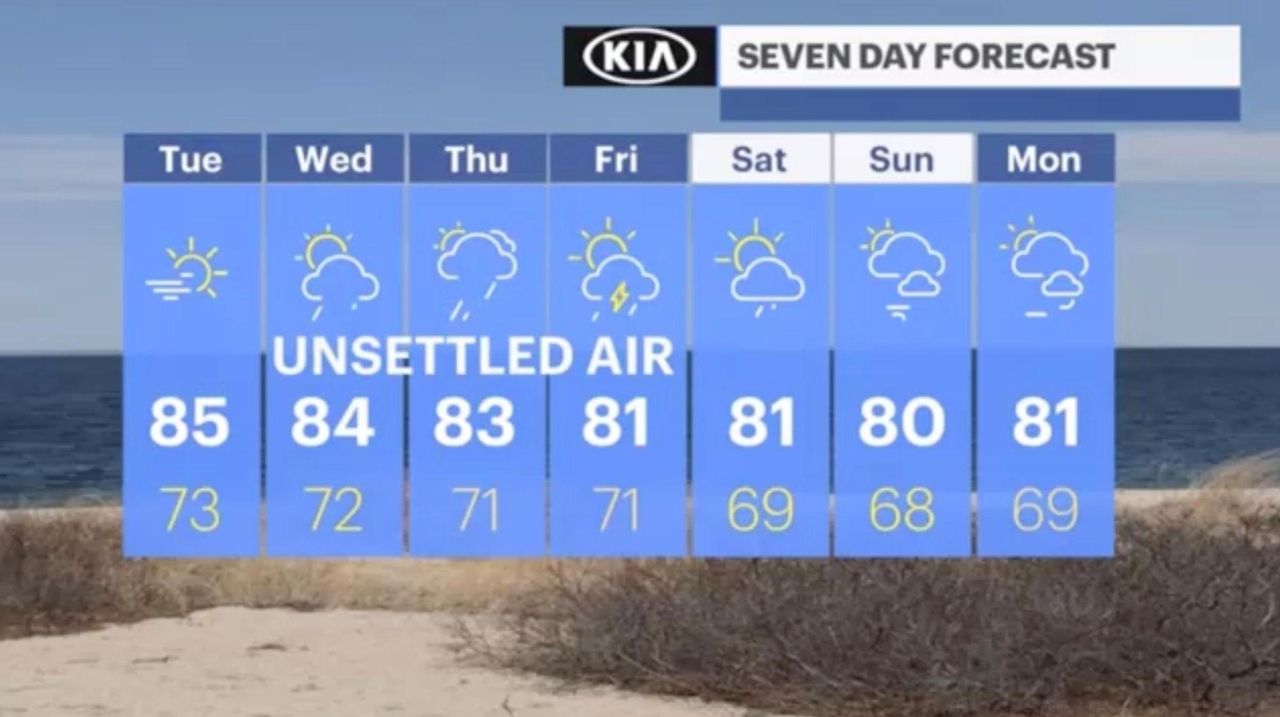 The National Weather Service said Tuesday may start with patchy fog but the day will otherwise be sunny, with heat index values expected to hit the mid-90s as the region enters its second day of a three-day heat wave. News 12 Long Island meteorologist Reed McDonough has the forecast. Credit: News 12 Long Island

Tuesday was the second of three days of high heat and humidity for Long Island, the National Weather Service said. But it didn't get as hot — in Nassau, at least — as original forecasts predicted.

The high for Farmingdale was 82 degrees, and it was 86 degrees in Southold, said Joe Pollina, a meteorologist with the weather service, in Upton. The lower than expected temperature in Nassau occurred despite a heat advisory that suggested the heat index, or how hot it feels, would surpass 90 degrees.

Pollina said it was around 87 degrees there but 93 degrees in Southold.

Still, a heat advisory, with heat index values expected to be as high as the mid-90s, remains in effect for Nassau County until 8 p.m. on Wednesday, the weather service said.

"Hot and humid conditions will continue today, with just an isolated shower or thunderstorm possible this afternoon west of New York City," the weather service said.

In a briefing Tuesday afternoon, the service said 95 plus degree heat indexes were expected for much of the tristate area, except for southeastern portions of Long Island and Connecticut. It added: "Relief [is] likely Thursday into the weekend with a cold frontal passage."

On Wednesday, there is a 30% chance of thunderstorms and showers primarily in Nassau, mainly in the afternoon and an up to 50% chance in the evening.

"Despite the chance of rain on Wednesday, temperatures will still rise into the mid-80s to around 90, with heat index values remaining in the mid-90s for a good portion of the area," the weather service said of Long Island.

There is a 30% chance of storms on Thursday and Friday, with daytime highs in the mid-80s predicted.

Saturday and Sunday, though both should offer sunny skies, will be cooler with temperatures perching just below 80 degrees, the weather service said. And Monday looks much the same.

Staying Safe in the Heat