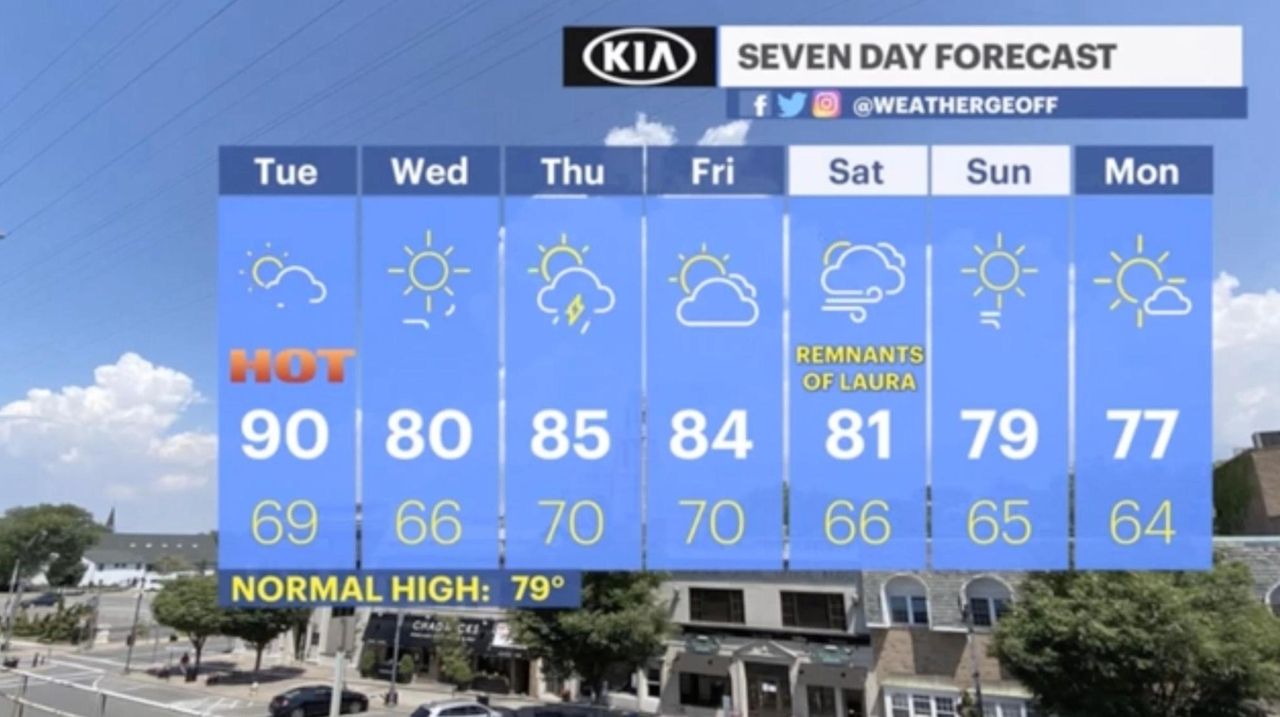 According to the National Weather Service, Tuesday will be hazy, hot and humid, with a big chance of isolated but strong to severe thunderstorms that could bring damaging hail and dangerous gusting winds. News 12 Long Island meteorologist Geoff Bansen has the forecast. Credit: News 12 Long Island

Storms did move through earlier Tuesday evening but conditions appeared quiet in most areas of Long Island by about 8:30 p.m.

Tuesday's high hit 90 degrees across much of Long Island Tuesday, with humidity levels already pushing 80 percent in most areas and above that in some.

The weather service called for overnight lows into the upper 60s and a high of just 78 degrees expected Wednesday.

However, the strong possibility of thunderstorms is forecast for later in the week as well, starting Thursday and running through Saturday.