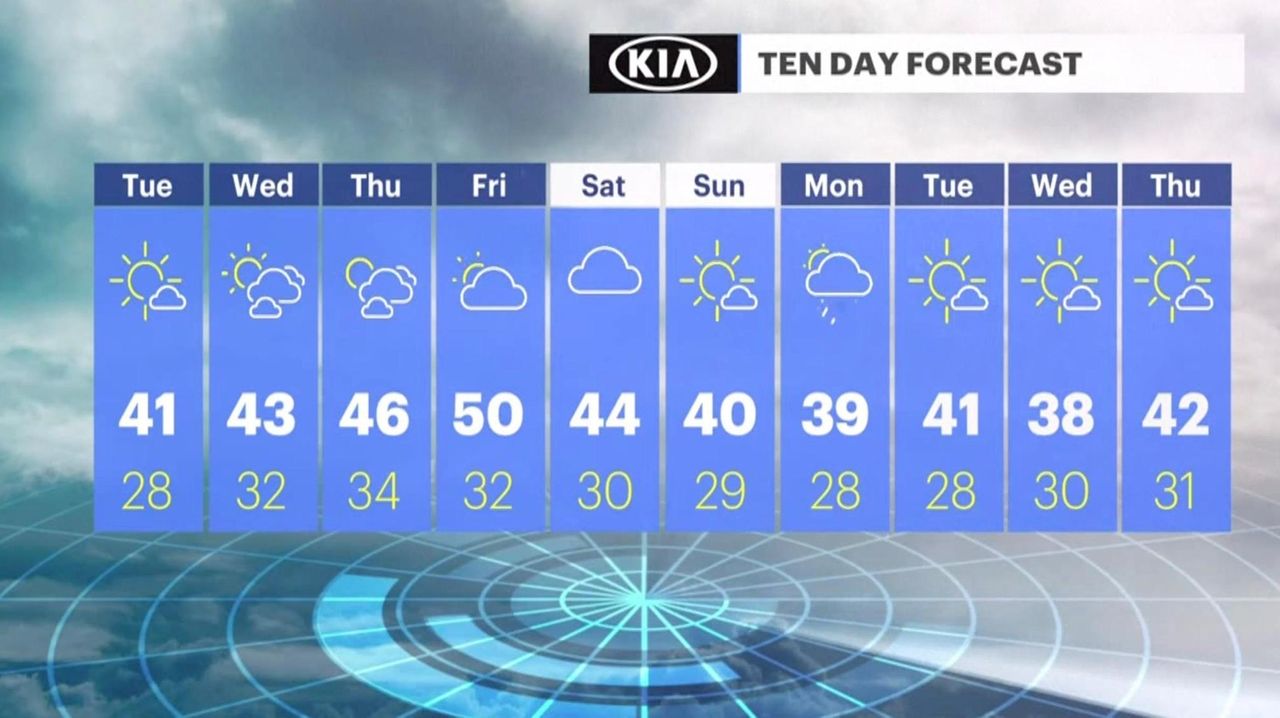 The National Weather Service’s Islip office said Tuesday’s weather on Long Island should be clear with modest wind chill values of 20 to 30 degrees, as thermometers rise into the low 40s. News 12 Long Island meteorologist Rich Hoffman has the forecast.

Tuesday’s weather should be clear with — for winter, at least — modest wind chill values of 20 to 30 degrees, as thermometers rise into the low 40s, according to the National Weather Service’s Islip office.

Continuing the patch of neither rain nor snow that set in last week, no rain is forecast until possibly after midnight Friday and on into Saturday morning. Any downpours should depart by around noon, though, allowing the rest of the weekend to be enjoyed by outdoors enthusiasts. Thermometers could reach a balmy 44 degrees on Saturday and Sunday will be only slightly cooler.

Until then, Wednesday and Thursday are expected to be mild, with highs in the low to mid-40s, the weather service said.

And there could be some cloud cover over the next few days, which will keep night time temperatures from plunging and restrain them to around freezing at the lowest.

Though the polar vortex is looking "wobbly," according to the weather service — meaning it could send a stream of frigid air south into the Midwest and Northeast — it appears it will not be exerting itself this week.

"A milder southerly flow will develop ahead of the front allowing temperatures to potentially reach or exceed 50 degrees near the coast on Friday," the weather service said.

And Long Island may escape the biting cold predicted for the Northwest and Midwest, as the odds are about 33% that temperatures will be above normal at least until Jan. 25, according to the latest 14-day outlook from the College Park, Maryland-based Climate Prediction Center.

And the dry weather could continue during that period as well: the chances of above-normal precipitation are similarly 33%, the center said in its update on Monday.