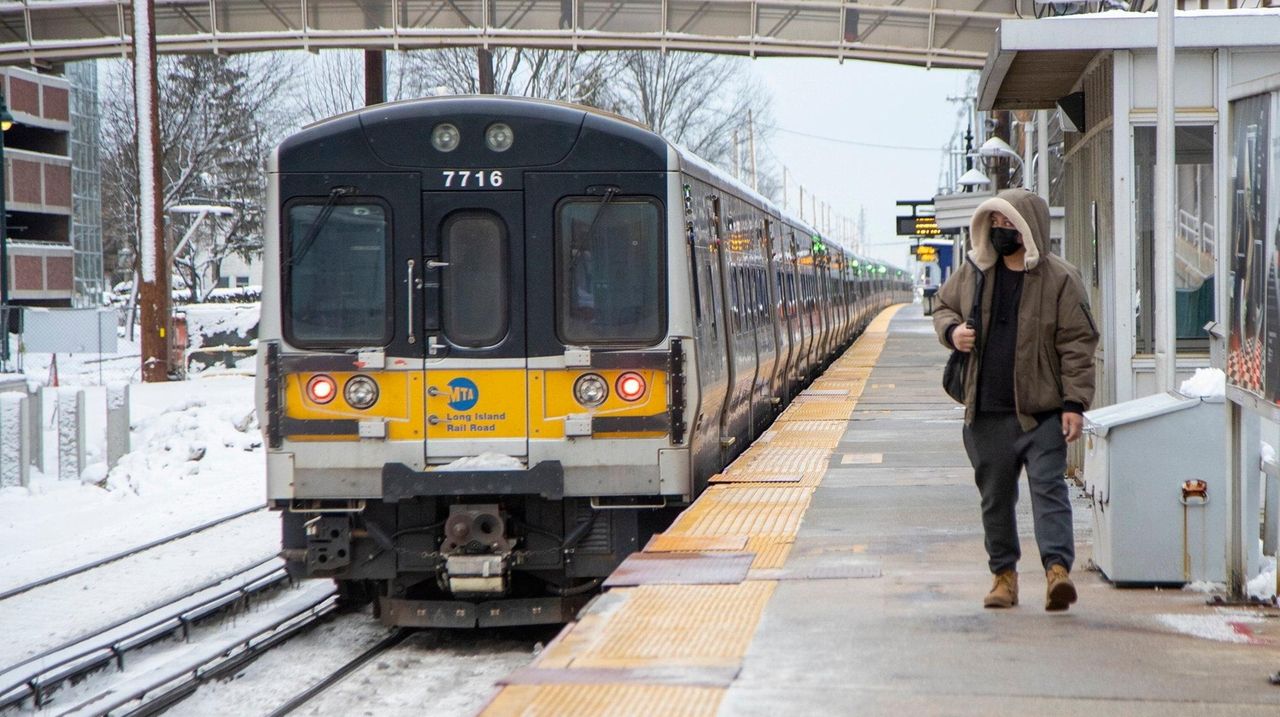 The National Weather Service warned Suffolk drivers Tuesday evening that the light freezing rain that has fallen in some areas for most of the day could make for dangerous driving.

"Patchy light freezing drizzle will continue through the first
half of this evening resulting in slippery surfaces, especially
secondary roads and any untreated surfaces," the weather service said in a Tuesday evening statement aimed at drivers in northeastern and southeastern Suffolk. "Extra caution should be used if traveling through the mid evening."

The warmer temperatures that moved into Long Island turned what was forecast to be a light snow into freezing drizzle. The high Tuesday was in the high 30s.

Wednesday, meanwhile, will offer a break from the recent stretch of storms but look out: Thursday and Friday possibly could deliver a little snow — though at least at present it is not expected to amount to much, forecasters said.

Sunday, however, may see the snow return after a sunny Saturday.

The daytime high is expected to be 39 degrees.

Wednesday should be sunny and while thermometers should hit 33 degrees, the wind chill will make it feel like 15 to 25.

The odds of snow are 30% on Thursday and Friday, with highs in the low 30s predicted.

However, the storm's current track means Long Island may escape with barely a dusting.

"A lot of indications are that the snow stays just to our south," Wally said, explaining that is why the estimate is just a 30% chance. "Right now, we don't have any snowfall accumulation at this time."

Saturday looks to be at least partly sunny with highs around 30 degrees.

There is a 50% chance of snow on Sunday, however, and highs will be around the freezing mark.

However, the weather service cautioned its forecasts may shift as the systems shaping the weather are highly complicated right now.

"Forecast confidence throughout the period will be below average," the weather service said.

For example, cyclogenesis — defined as "the formation or intensification of a cyclone or low-pressure storm system" — could develop toward the weekend, the weather service said.

"This leads to a potential storm to contend with towards Saturday night into the first half of Sunday," the weather service said.

Do rest assured, however, that it will be cold.

"The only high confidence aspect of the forecast is with respect to overall temperatures. Temperatures should average below normal through the period," the weather service said.

February’s mean temperature is 32.8 degrees and it typically ranges from 25.2 to 40.3, according to weather service records that began in 1963.

See how much snow has fallen in your areaCheck out our interactive snow map to see snow totals from across LI. Duck-chasing dog rescued from frozen pond by firefighters, cops"This is what we do," said Hewlett Fire Chief of Department Jamie Lewin, who coordinated the rescue. "Not just human lives, we save all lives." Prepare houses for coming snowstorm, experts adviseExperts offer tips to avoid frozen pipes, flooding from runoff and roof collapses as harsh weather approaches.