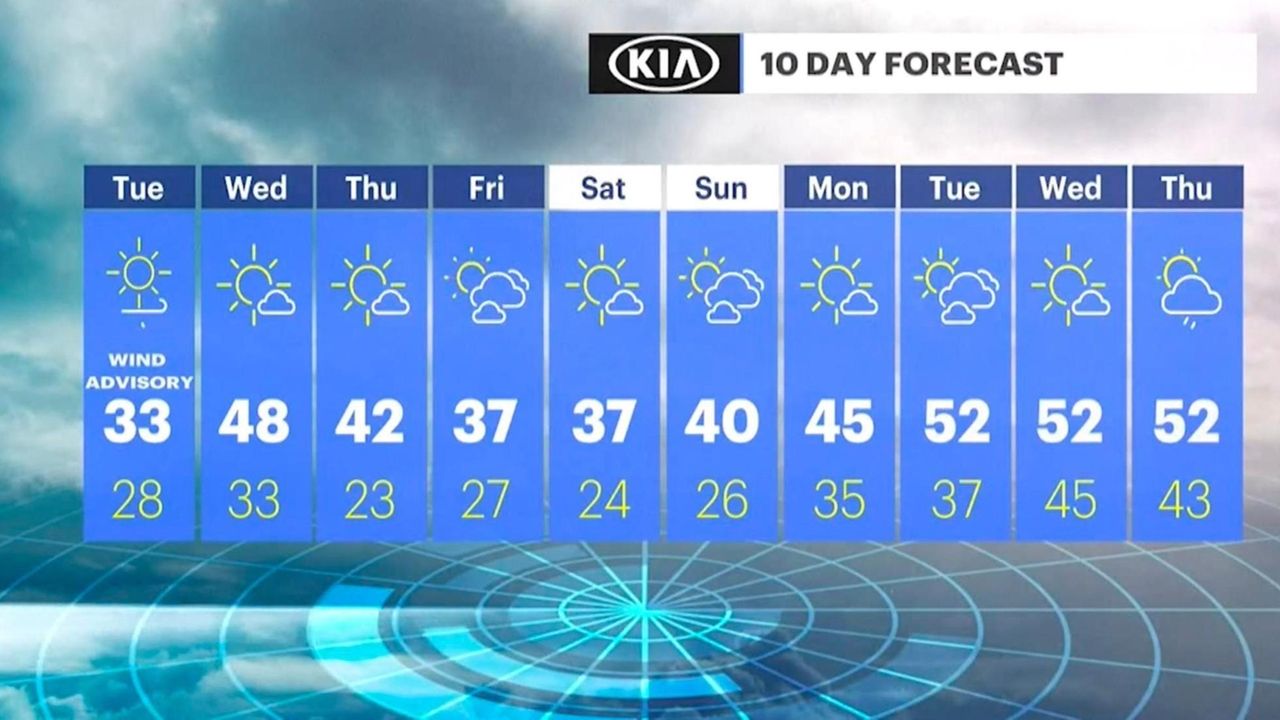 Howling winds capable of blowing down trees were mostly gone Tuesday afternoon, with a cold night ahead for Long Island and plenty of sunshine Wednesday, but without the hazardous gusts, the National Weather Service said.

The powerful breezes prompted the weather service to issue a wind advisory that ended at 4 p.m.

The winds may have caused one predawn accident in Setauket, where a woman behind the wheel of a 2008 Chrysler Town and Country van on Main Street crashed into a large tree that had fallen across the road, Suffolk police said. She was taken to Stony Brook University Hospital with nonserious injuries after the approximately 3:38 a.m. collision near Harmony Lane.

The PSEG Long Island outage map showed 928 customers were without power at 5:22 a.m. At about 4:30 p.m. Tuesday, the utility was reporting 1,252 customers without power.

Long Islanders can look forward to at least partly sunny skies through next Monday. Daytime temperatures will rise into the high 40s on Wednesday, before gradually cooling as the week wears on, to around freezing.

High winds across the region

All those "knock you off your feet" wind gusts on Tuesday were caused by the clash between a departing low and an arriving high, according to the weather service.

And Long Island is just one of the northeast areas feeling the blasts.

"High wind warnings are scattered across the region, along with widespread wind advisories from the northern mid-Atlantic into New England," said the Weather Prediction Center, which is an arm of the weather service.

The gradually cooling temperatures this week can be pinned on a Canadian high pressure system.

"Mild temps with highs from the mid-40s to mid-50s on Wednesday will only reach the lower/mid-40s on Thursday and the 30s on Friday," the weather service said.

Saturday should be the sunnier day of the weekend, though Sunday’s clouds should only partly blot out the sun. Daytime highs around 40 degrees are predicted both days.

Right now, a low developing in the Gulf of Mexico is expected to veer offshore too far south to bring any rain to Long Island on Sunday, though that may change, the weather service advised.

After another blustery night, Monday should be sunny with a daytime high just topping freezing.