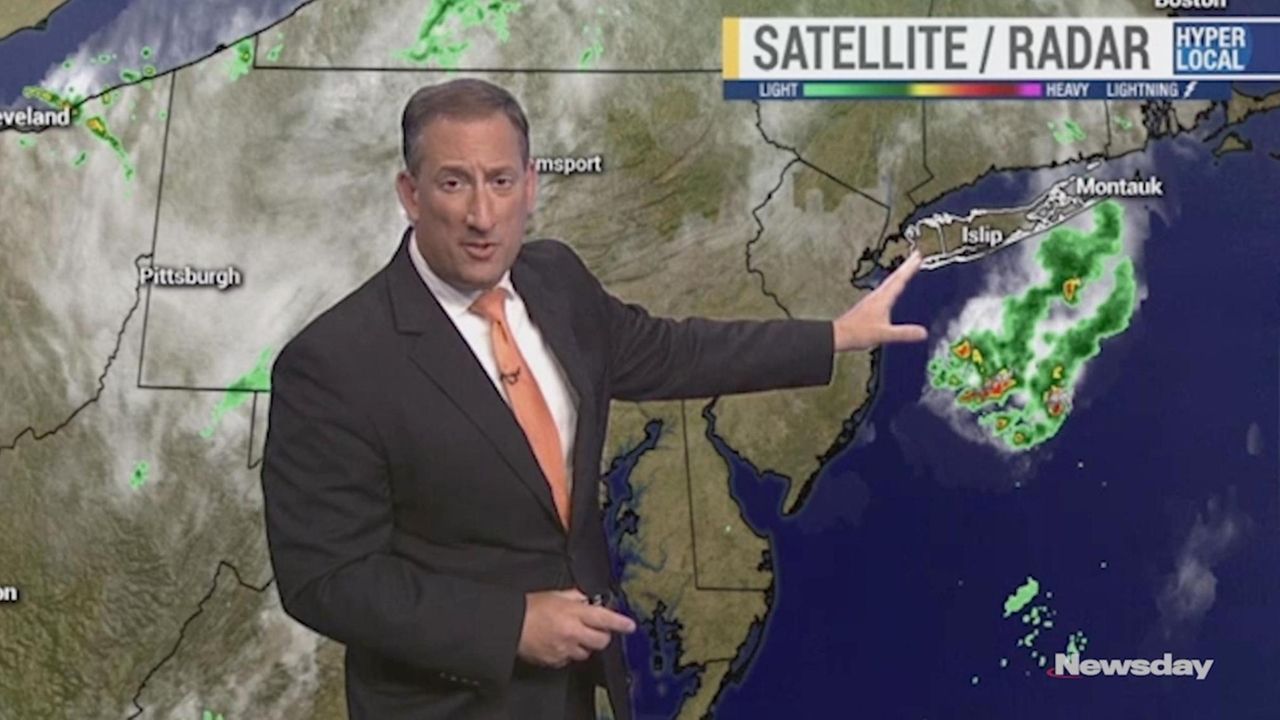 Numerous showers and thunderstorms are expected between 3 and 10 p.m. on Wednesday. Some thunderstorms will be strong to severe with a threat of heavy rain, strong gusty winds, hail and lots of lightning. South-Southwest winds 10 to 15 mph. Highs will range between 82 to 87 degrees.  Credit: News 12 Long Island

A severe thunderstorm watch has been issued for Long Island through 9 p.m., with the possibility of damaging winds and heavy rain, the National Weather Service said.

Chances of a powerful storm is 100 percent for Farmingdale, where the service has weather monitors, but the risk decreases eastward and as the night goes on, meteorologists said. Wind gusts reached 29 mph in Farmingdale and other parts of the Island, but winds will subside at night, reaching up to 13 mph, according to the forecast. For most of Long Island, about a quarter inch to half an inch of rain is expected to fall. Riverhead could see some hail, the service said.

"These storms will move quickly eastbound," said Bill Korbel, chief meteorologist for News 12 Long Island. "There's a lot of lightning with this, so get inside."

By 10:30 p.m., the storms will have moved off the Island, with only a few storm cells lingering off the East End, Korbel said.

Meteorologists also warned of a high risk of powerful rip currents in the Atlantic Ocean off the south shore of Long Island and advised swimmers to swim near a lifeguard.  Anyone caught in a rip current should relax and float, instead of swimming against the current, according to the advisory. Or follow the shoreline while swimming; anyone trapped by a rip current should face the shore and call or wave for help, officials said.

Wednesday's daytime high was in the low 80s and night temperatures will fall to 72, the service said. Chances of a storm will linger until 2 a.m., the forecast said.

With high temperatures nearing the normal levels of 80s across the area, humidity was no stranger Wednesday, starting out at 97 percent in the morning and gradually decreasing as time progressed, the weather service said. It reached 87 percent in Farmingdale, the service said.

And with multiple thunderstorms moving over the same area, forecasters predict a slight risk of flash flooding.

The warmth and humidity will lead into Thursday as well, with potential showers and thunderstorms predicted again — preceding a cold front passing through Thursday night, the weather service said.

A mix of sun and clouds can be expected on Friday, ahead of a clear weekend with sunny skies.