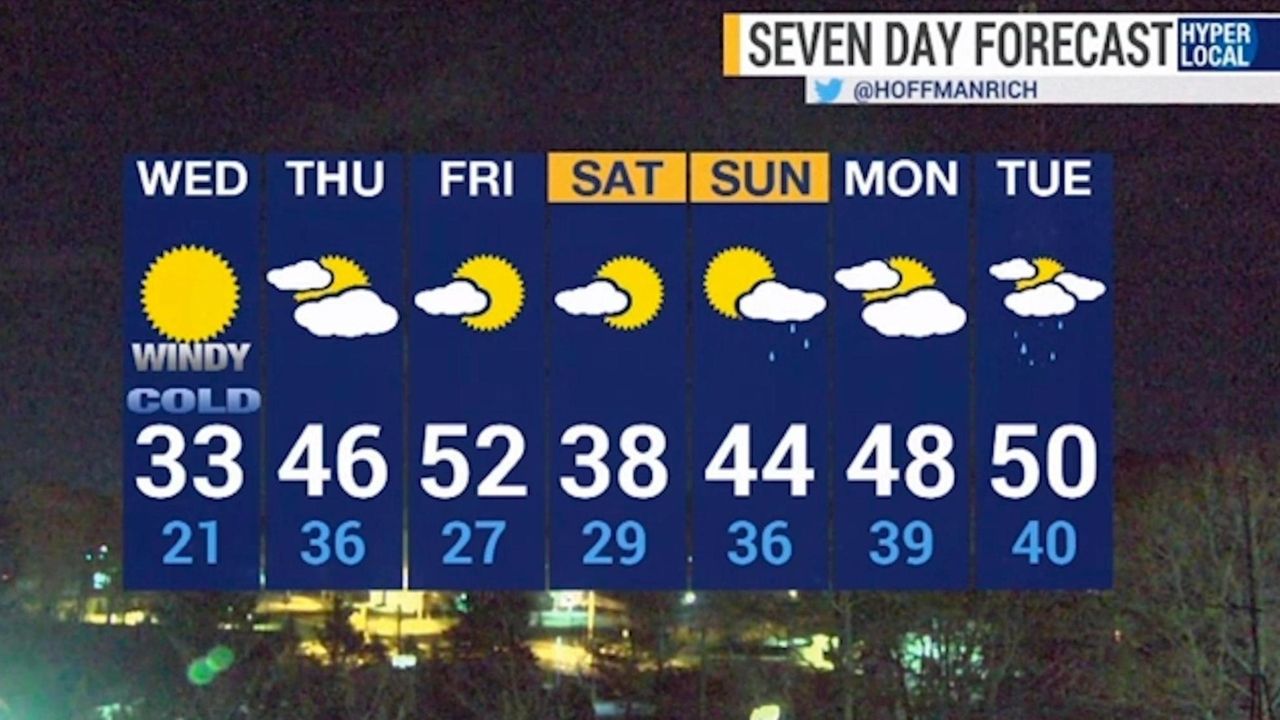 Daytime highs Wednesday will be in the upper 20s to low 30s as breezes ease, the National Weather Service said. The thermometer will reach 32, but it will feel like 5 to 15. News 12 meteorologist Rich Hoffman has the forecast.

Winter blasted in ahead of schedule on Long Island and much of the nation — but Wednesday’s record-shattering cold — possibly accompanied by black ice — will start to retreat on Thursday.

By Friday, thermometers on Long Island will zoom up to 50; Saturday will be a cooler 38, but Sunday should reach 44.

Unlike other nearby areas — Central Park, Newark, Kennedy Airport and Bridgeport — Islip only matched the 2001 record low of 25, instead of setting a record, the National Weather Service said. Nor does Islip on Wednesday look likely to surpass the record low of 24 that dates back to the same year.

That is not the case for much of the country, now held hostage to an arctic blast that also brought considerable snow, with Bangor, Michigan, blanketed in 24 inches, Dunlap, Indiana, receiving 18 inches, Buffalo Airport nearly a dozen, Clarksville, Tennessee, an even 5 inches, and Burlington, Kentucky, nearly 3 inches.

“Widespread record cold today across the Eastern U.S. and down to the Deep South will moderate on Thursday; snows over the Great Lakes are expected to become more widespread later today into Thursday,” the Weather Prediction Center said, which is part of the National Oceanic and Atmospheric Administration.

By Thursday, the transition back to more clement — and normal conditions — sets in. The daytime high should reach 46. Even so, the wind chill could be as much as 20 degrees lower, the weather service said, predicting a "slight chance of drizzle or rain after midnight."

Saturday should be a cool 38; Sunday will be warmer at 44.

Both Monday and Tuesday bear a 30% risk of rain — but the highs are in the upper 40s to low 50s, the weather service said.