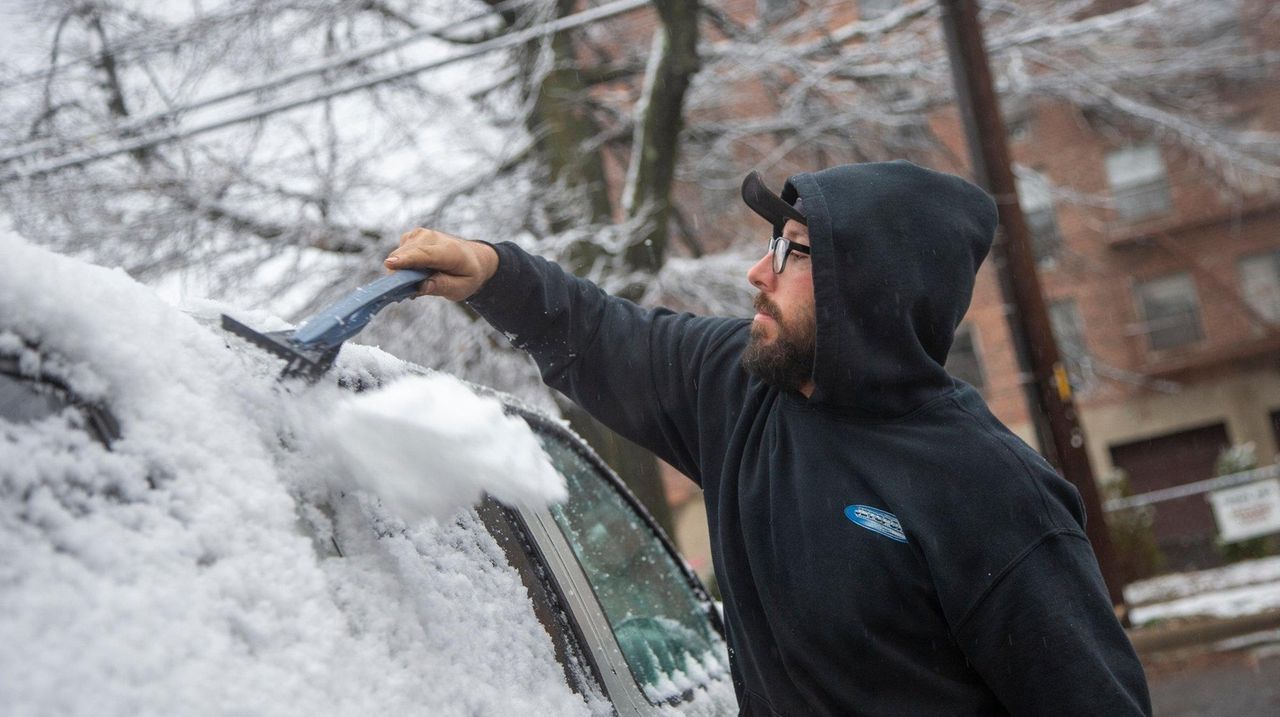 Anywhere from one to three inches of snow fell on Long island Wednesday morning, the National Weather Service said, but the system that brought it also ushered in a couple of cold days.

In Nassau, the highest amount of snow was in Syosset -- 3.2 inches -- while in Suffolk, that prize when to Quogue at 3.4 inches, the weather service reported.

And the chill is back, after some mild, rainy weather departed the region.

"Arctic high pressure builds into the region tonight and settles overhead on Thursday. Temperatures tonight will fall into the teens inland and lower and middle 20s elsewhere under gusty NW winds," the weather service said in its regional summary.

The wind chill Wednesday night could make it feel almost 10 degrees colder than the 24 low the weather service expects.

Thursday should be sunny with a high just above freezing, but then rain will arrive, and the next day with clear skies will not be until Sunday, the weather service said.

Clouds should sweep in on Thursday night, when the low should be around 27 degrees. Friday’s forecast from the weather service puts the odds of rain at 30%, but mostly after 4 p.m. And the thermometer should reach the upper 40s.

On Saturday, however, the chances for showers rise to 90% and it will be an unusually warm 53 degrees, the weather service said.

The snow might return Monday — there is a 40% chance, the weather service said.

However, Tuesday has a 50% chance of rain.