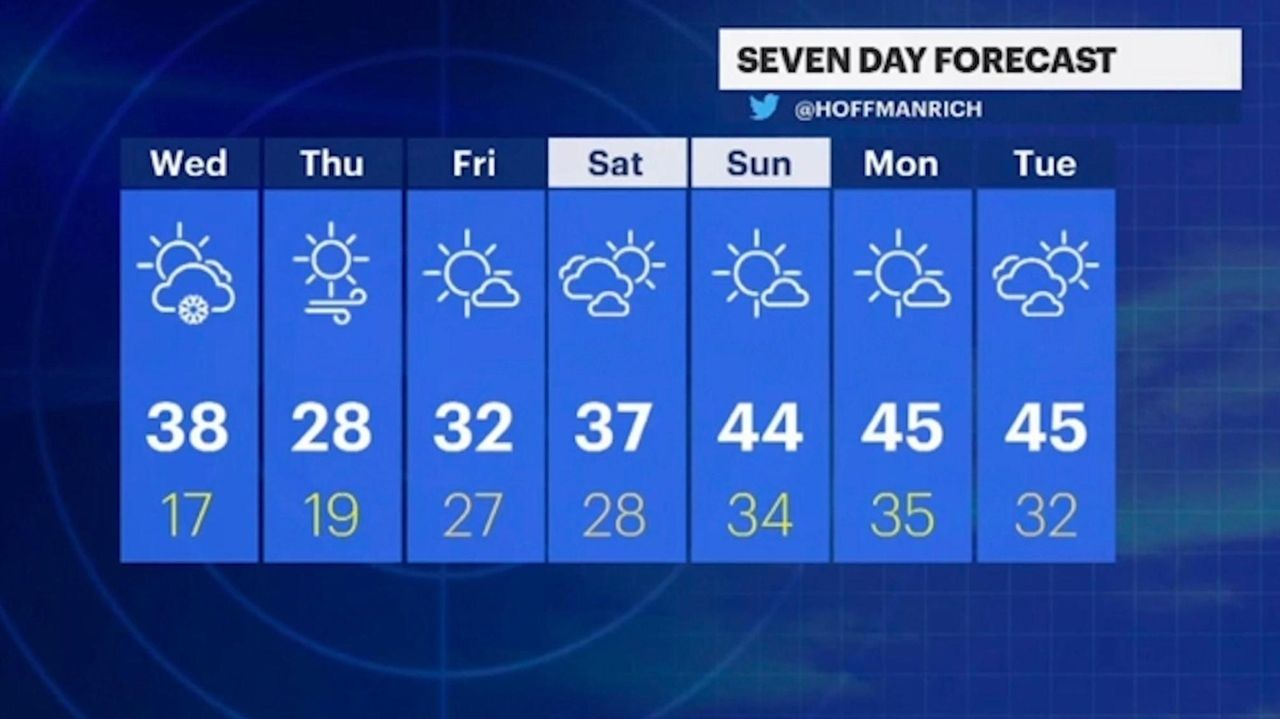 A snow squall warning of a system that produced brief whiteouts for northern Nassau County and west central Suffolk County was lifted Wednesday evening, according to the National Weather Service in Upton.

But isolated flurries may still be in the area, the service said, and temperatures are plummeting.

A snow squall is an intense short-lived burst of heavy snowfall that leads to a quick reduction in visibilities and is often accompanied by gusty winds, according to the weather service.

The snow squall warning was lifted at 5:34 p.m. the NWS said.

The cold, however, is just getting started and the winds are rising.

The National Weather Service said it's only going to get colder by Thursday night, with temperatures in the 30s Wednesday then dipping into the mid-teens overnight and sub-freezing temperatures Thursday.

Forecasters said it should drop to about 16 degrees overnight, with wind chill values between zero and 10 degrees Thursday, when blustery winds and wind gusts nearing 30 mph are expected here on Long Island.

A wind advisory has been issued for eastern Suffolk, with the weather service stating northwest winds between 20 to 30 mph are expected — with the potential for wind gusts up to 50 mph. The advisory is for both the North and South Forks and will be in effect from 6 p.m. Wednesday through 6 a.m. Thursday.

Topping it all off, the weather service is calling for the possibility of dangerous black ice conditions developing on area roads Wednesday night into Thursday.

Heading into the weekend, however, the weather is expected to turn pleasant, with Friday, Saturday and Sunday all predicted to be sunny. Temperatures will be in the 30s Friday and Saturday, then warm up to a high near 44 degrees Sunday, the weather service said.

Monday and Tuesday will also be sunny, with highs in the mid-40s, the weather service said.