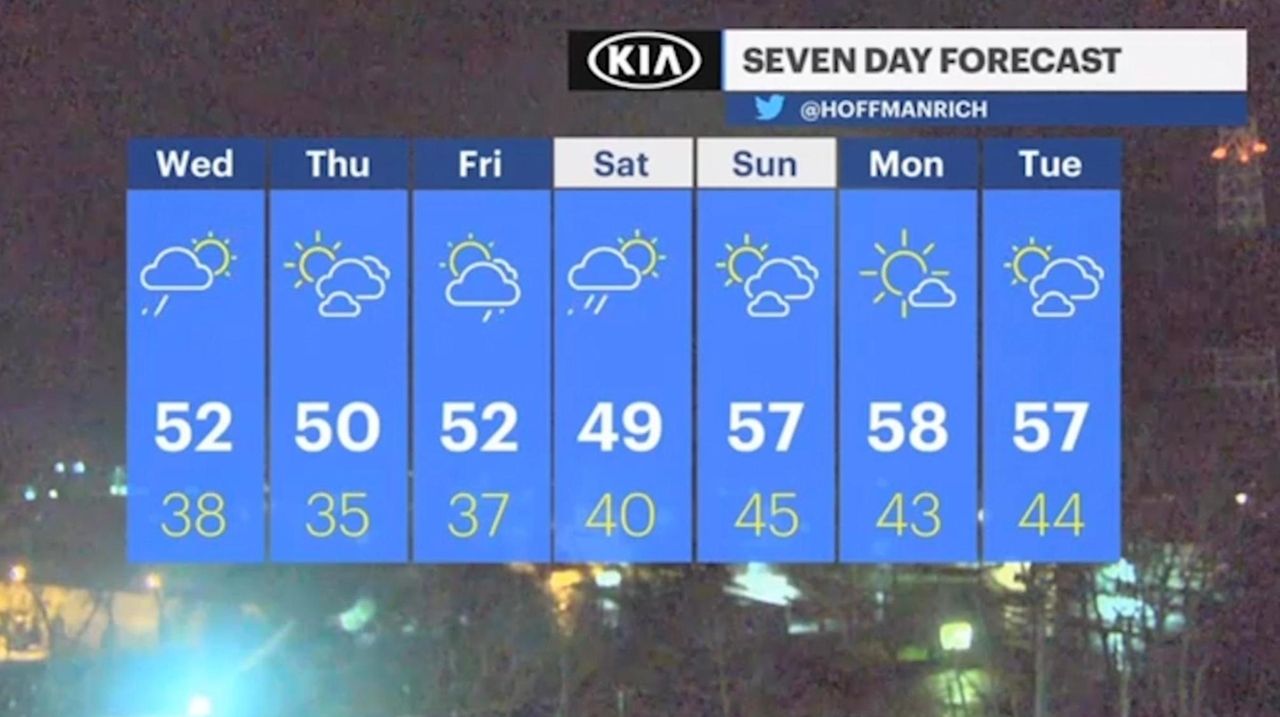 The National Weather Service says early morning rain should end by about 8 a.m. and the clouds will clear, with the temperature remaining on the cool side in the low 50s. News 12 Long Island meteorologist Rich Hoffman has the forecast. Credit: News 12 Long Island

Wednesday’s early morning rain should end by about 8 a.m. and the clouds should gradually vanish, with the temperature once again remaining on the cool side in the low 50s, the National Weather Service in Islip said.

Thursday should be clear, though it may rain Friday night and linger into Saturday morning. At least Sunday morning looks promising for sun-lovers.

Until then, Wednesday night might be a damp one and even — once again — offer the surprise of some late-spring snow.

“There will be just a slight chance for precipitation tonight as a cold front moves through,” the weather service said.

“It may be cold enough for snow or a mix of rain and snow away from the coast,” the experts said, adding that at most a dusting is possible.

Thursday will continue the chilly streak despite sunny skies. The daytime high might only hit 49 degrees, the weather service said.

Friday could be cloudy and just one degree warmer. Showers might return that night.

Saturday’s showers — the odds of rain are about 60% — will most likely be before about 9 a.m., the weather service said. A high near 52 degrees is expected.

That pattern of early morning showers reverses on Sunday when the morning should be clear but the downpours might return after midday, with the daytime high almost hitting 60 degrees, the weather service said.

Both Monday and Tuesday should offer clear skies with highs in the mid-50s.