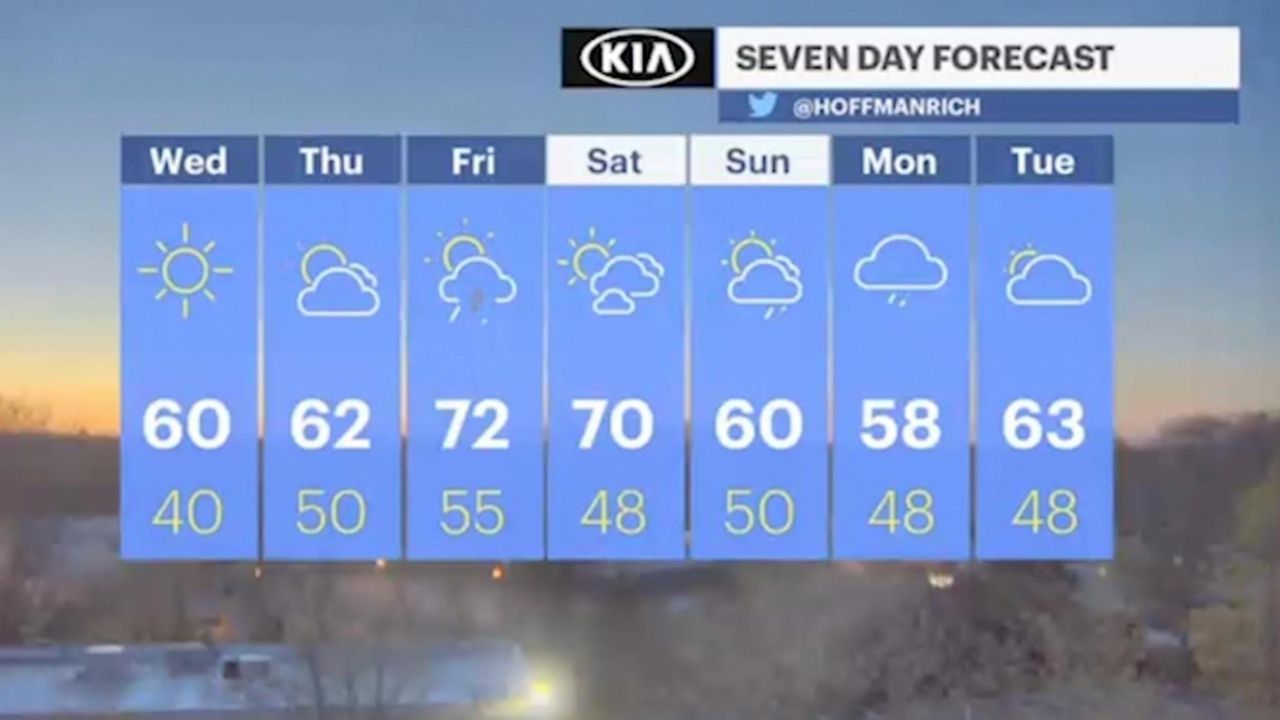 And Thursday will be almost identical.

Then, what the weather service calls a warming trend will arrive, probably starting Thursday night with some showers.

"Temperatures on Friday will be in the 70s for most locations with around 80 degrees possible in the NYC metro," forecasters said.

Though that will be the warmest day — at least so far — for this May, the weather service said the record high for this month, 98 degrees, was set back in 1996.

The heat will then give way to another cold front which will be accompanied by some rain Friday, perhaps starting around 2 p.m., and bringing thunderstorms into the night, the weather service said.

Saturday should be bright and clear, however, with the thermometer reaching the high 60s.

Sunday will see a bit of the cool that has characterized this spring. Expect a daytime high of 61 degrees, the weather service said, and there is a 30% chance of rain after midday.

On Monday, there is a 50% chance of downpours which should clear in time for a sun-filled Tuesday, the weather service said, with temperatures in the mid-60s on both days.