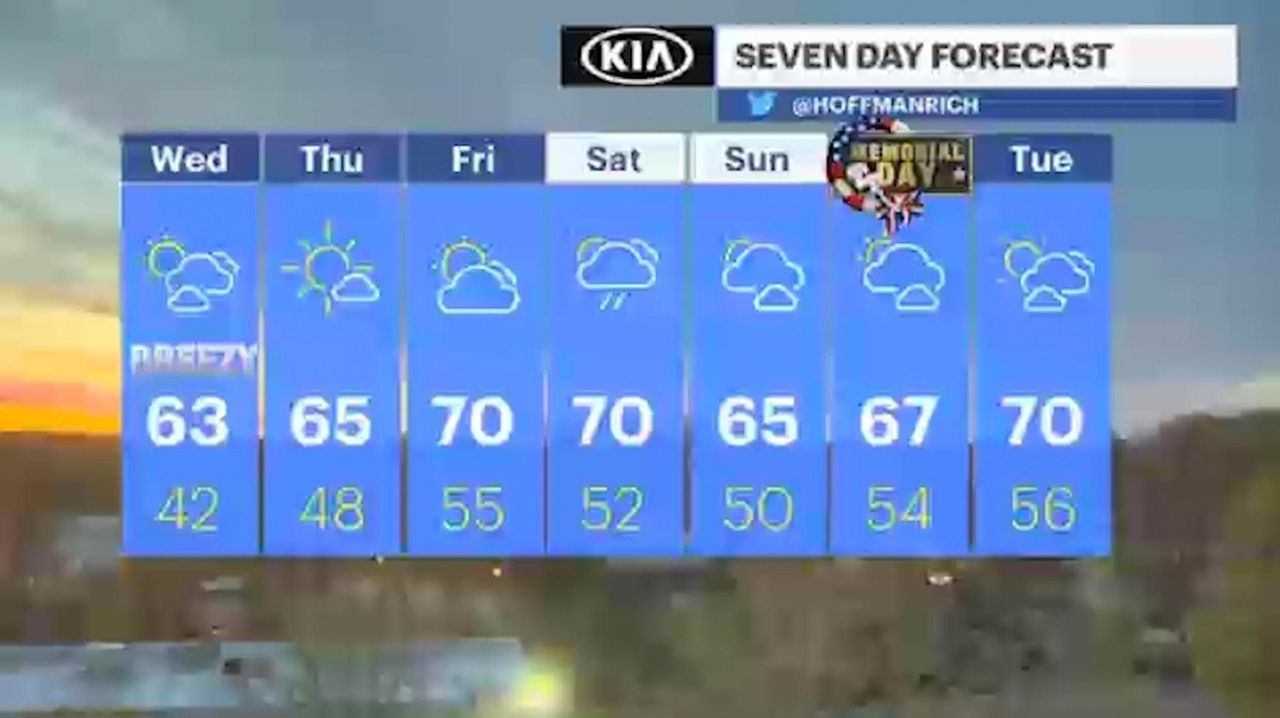 The National Weather Service in Islip said Wednesday will see the warmth of the sun countered by stiff breezes that could gust up to 36 mph and help limit the daytime high to just 64 degrees. News 12 Long Island meteorologist Rich Hoffman has the forecast. Credit: News 12 Long Island

The warmth of the sun on Wednesday will be countered by stiff breezes that could gust up to 36 mph and help limit the daytime high to just 64 degrees, the National Weather Service in Islip said.

A high surf advisory will run through 6 a.m. Thursday for the Island’s southern coast. Waves of 6 to 9 feet are possible, the weather service said.

No rain is expected until possibly Friday night into Saturday, with both Sunday and Memorial Day on Monday — the unofficial start of summer — expected to be sunny with temperatures in the high 60s, the experts said.

Until then, look for Wednesday’s winds to slowly calm and lows in the upper 30s and low 40s at night.

"Near the coast, a cooler day is expected Thursday as high pressure moves out into the Atlantic with winds becoming more onshore," the weather service said.

"The interior areas, on the other hand, are forecast to rise a few more degrees compared to the previous day," the weather service added, predicting highs ranging from the low 60s to low 70s.

Sunshine and a high of 69 degrees are expected Friday, though there is a 40% chance of showers that night and a 30% chance on Saturday. A high near 65 degrees is expected.

Any downpours should depart by Sunday which — like Monday — should offer fair weather.