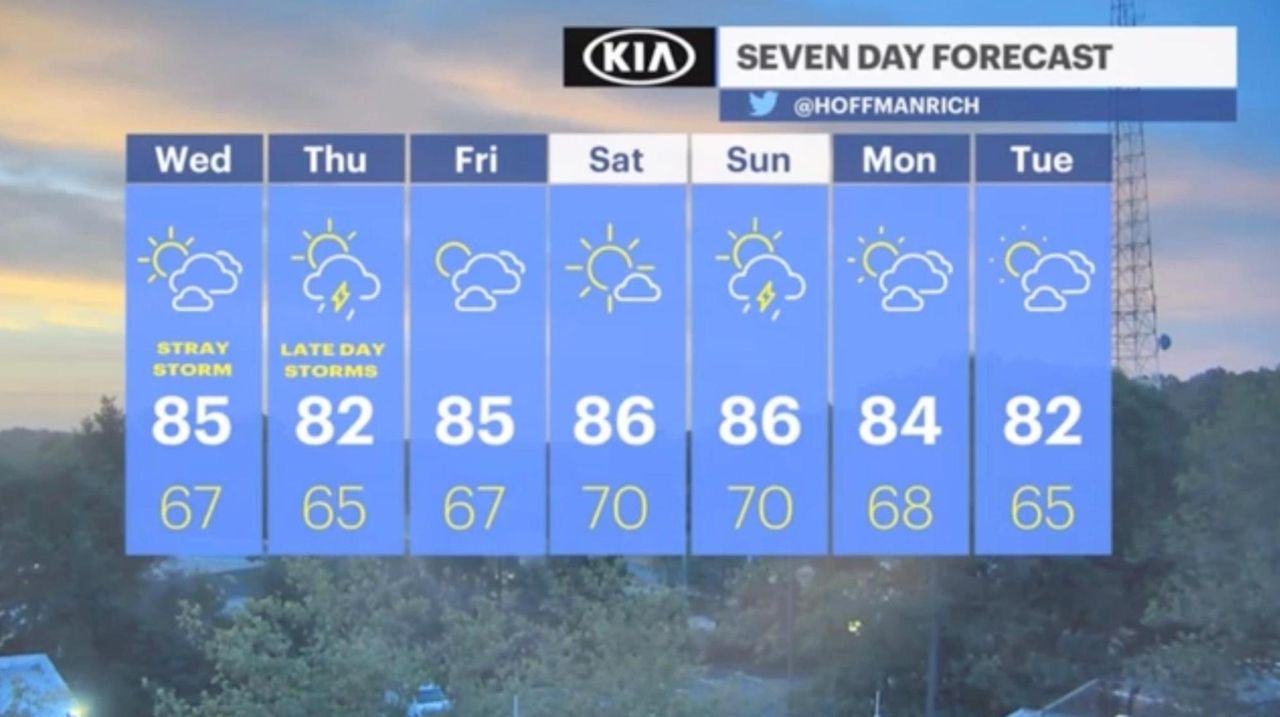 Wednesday’s clouds signal a 40% chance of downpours and thunderstorms before 3 p.m., the National Weather Service in Islip said, predicting a daytime high of 84 degrees and clear nighttime skies.

On Thursday, the odds of storms slip to 20% and they could arrive later, after 2 p.m. And they might continue into the night. A high near 80 degrees is predicted for Thursday.

Both Friday and Saturday should be sunny, though there is a 30% chance of showers on Sunday, the experts said. Highs are expected to be in the mid-80s.

And look for the dreaded summertime humidity to decline, thanks to a cold front.

"A noticeably less humid air mass will move in behind the front across western areas today and eastern areas tonight," the weather service said Wednesday. "Therefore, despite the continued seasonably warm temperatures with highs in the 80s today, heat index values for much of the tri-state will be at or slightly above the actual temperature."

The weather service concluded: "Conditions remain warm and dry for the end of the week."

After that, its forecasts for Monday and Tuesday are promising: sunshine with daytime highs in the mid-80s.