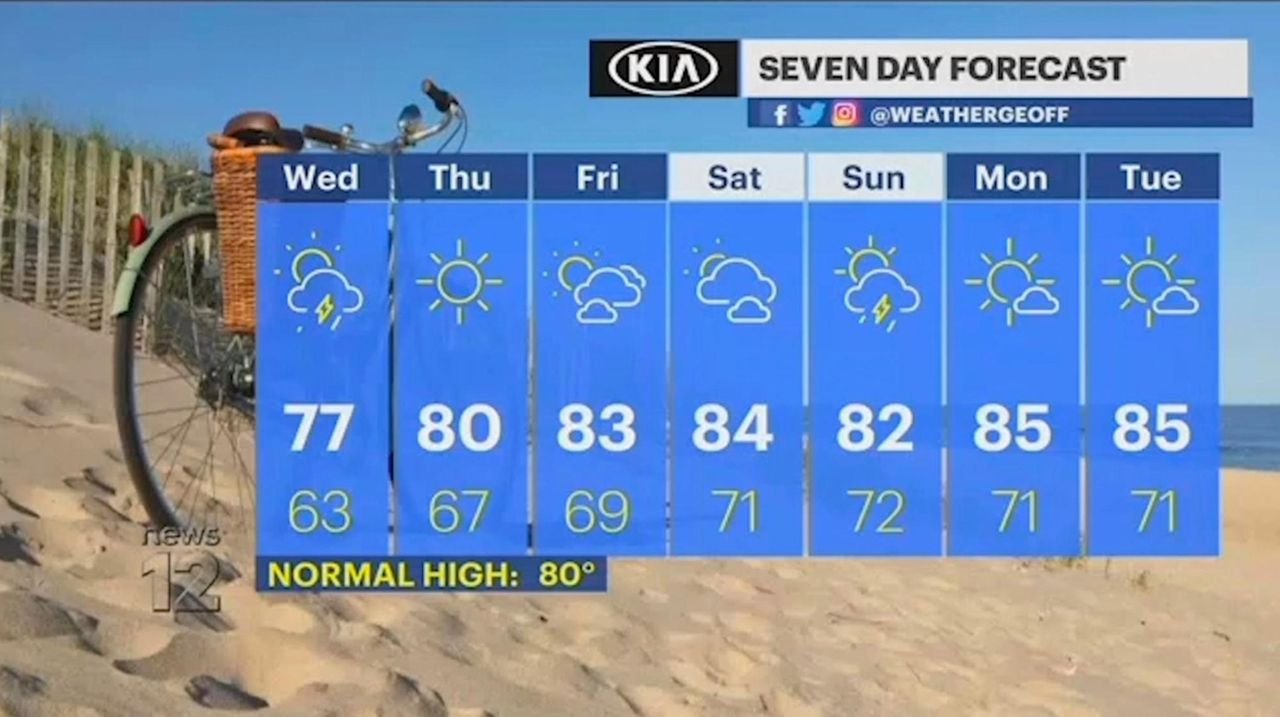 The National Weather Service said that much of Wednesday may be overcast, with highs in the 70s. News 12 Long Island meteorologist Geoff Bansen has the forecast.

Rain moved across the area Wednesday morning, but the afternoon should be mostly dry other than a "pop-up" shower, the National Weather Service said.

Much of Wednesday may be overcast.

"A southwesterly flow in the mid levels will keep clouds around for a good portion of the day, and this will aid in keeping daytime temperatures down just a touch," the weather service said. "Then partly cloudy skies should develop from west to east later in the day."

"Brief minor flooding" is possible Wednesday night in vulnerable areas near the waterfront and shore in southern Nassau, the weather service said.

Daytime highs of 79 degrees are predicted for Wednesday and Thursday. There is also a moderate risk of rip currents at ocean beaches both days.

Thursday sounds particularly delightful, especially because the humidity that can intensify heat will not hold sway.

"On Thursday, expect more in the way of sunshine along with very comfortable humidity levels as dew points should reside mainly in the 50s," the weather service said. "Thus it will be very comfortable for mid- to late August as temperatures may average a couple of degrees below average despite a good deal of sunshine."

Friday and Saturday, both sunny, will be slightly warmer with temperatures in the low 80s. And the dreaded humidity will start making a return.

Clouds arrive Saturday night though showers Sunday should hold off until the early afternoon, the weather service said. Highs are expected to be in the low 80s Sunday.

Monday should be sunny and warm with a daytime high of 85 degrees and while there might be showers that night, Tuesday should be just as bright and clear and warm.