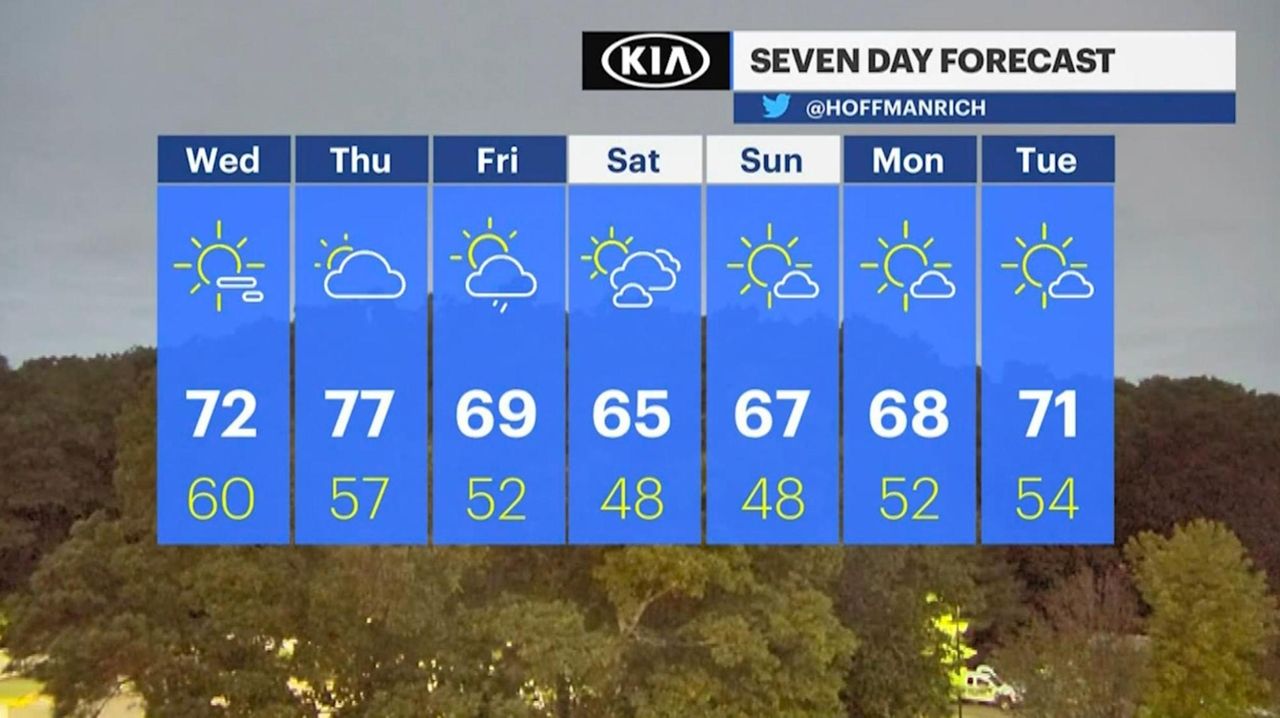 Wednesday should be another delight weather-wise, with mainly sunny skies and a daytime high of 72 though, once again, a haze from the West Coast wildfires may drift overhead, the experts said.

Thursday will offer much of the same but thermometers will rise about five daggers higher to 77, and there is a 20% chance of rain that night and on into Friday before the skies clear for the weekend and all the way to Tuesday, the National Weather Service said.

Until then, there is a high risk of rip currents at Atlantic beaches on Wednesday, though the late-summer sunshine may make water sports tempting. "The overall theme here though is for plenty of sunshine along with seasonable temperatures as it turns a bit warmer compared to yesterday," the service said.

The night also will not be as cool, as the weather service said: "look for nighttime minimums to climb slightly above normal with upper 50s and middle 60s by early Thursday morning."

One uncertainty affecting the forecast is Hurricane Sally, as the National Hurricane Center says "Historic and catastrophic flooding is unfolding along and just inland of the coast from west of Tallahassee, Florida, to Mobile Bay, Alabama."