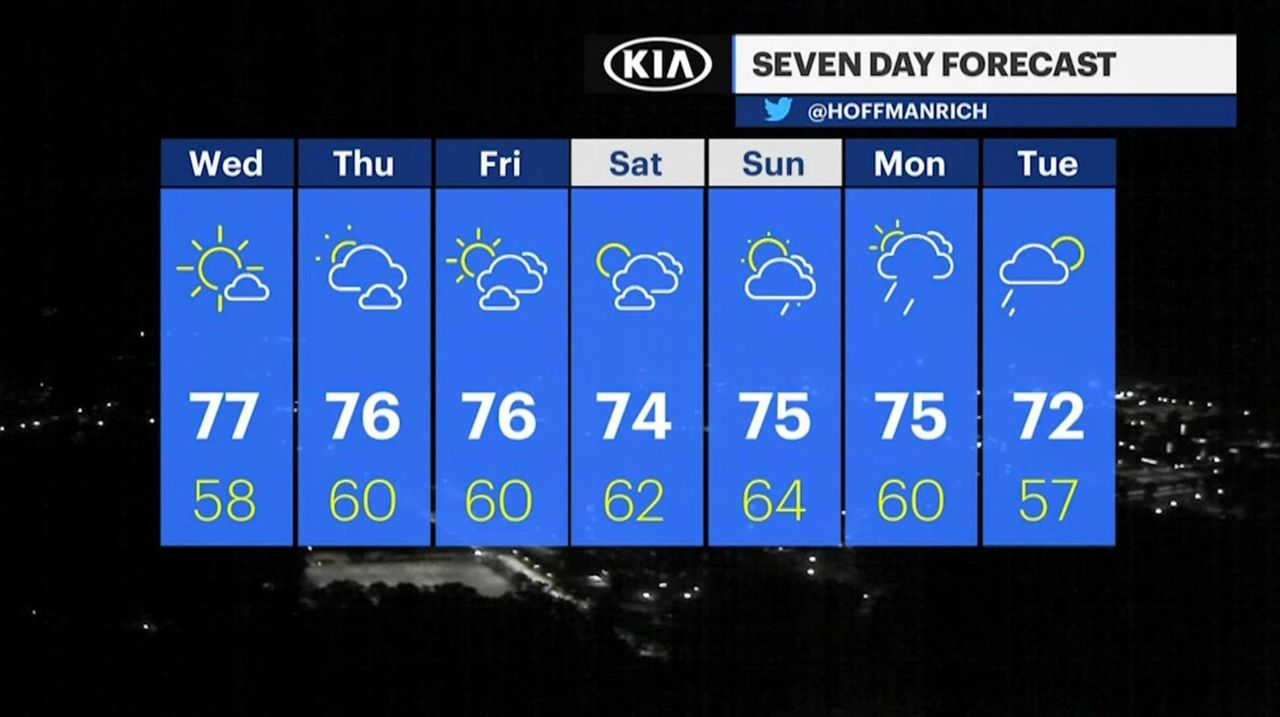 The early autumn-like weather that swept in ahead of schedule is giving way to a warmer, summery patch of sunny days and milder temperatures through midday Sunday, when showers may arrive, forecasters said.

Wednesday’s daytime high will be 78 degrees — nearly five degrees above the monthly average, according to the National Weather Service’s Islip office.

Anyone tempted by the Atlantic Ocean should know there is a high risk of rip currents through Wednesday evening. The weather service has also issued a coastal flood advisory for southern Nassau from noon to 4 p.m.

Any Wednesday night excursions will require less bundling up.

"A warmer night is expected tonight as a more humid air mass works into the region (though conditions will still feel relatively comfortable) … Expect lows in the lower 50s in the outlying areas and 50s to lower 60s elsewhere," the weather service said Wednesday.

Thursday should be at least partly sunny. The high for the day is expected to be 76 degrees.

Friday, Saturday, and Sunday — at least until noon — should be sunnier with similar mild and friendly daytime highs.

"Temperatures will continue to run above normal through the upcoming weekend, settling closer to normal early next week," the weather service said. "It will also become increasingly more humid this weekend as dew points reach the lower to possibly middle 60s on Sunday."

The chances for Sunday showers in the afternoon are 30%, the weather service said.

Monday and Tuesday share that same probability. Highs are expected to be in the 70s both days.