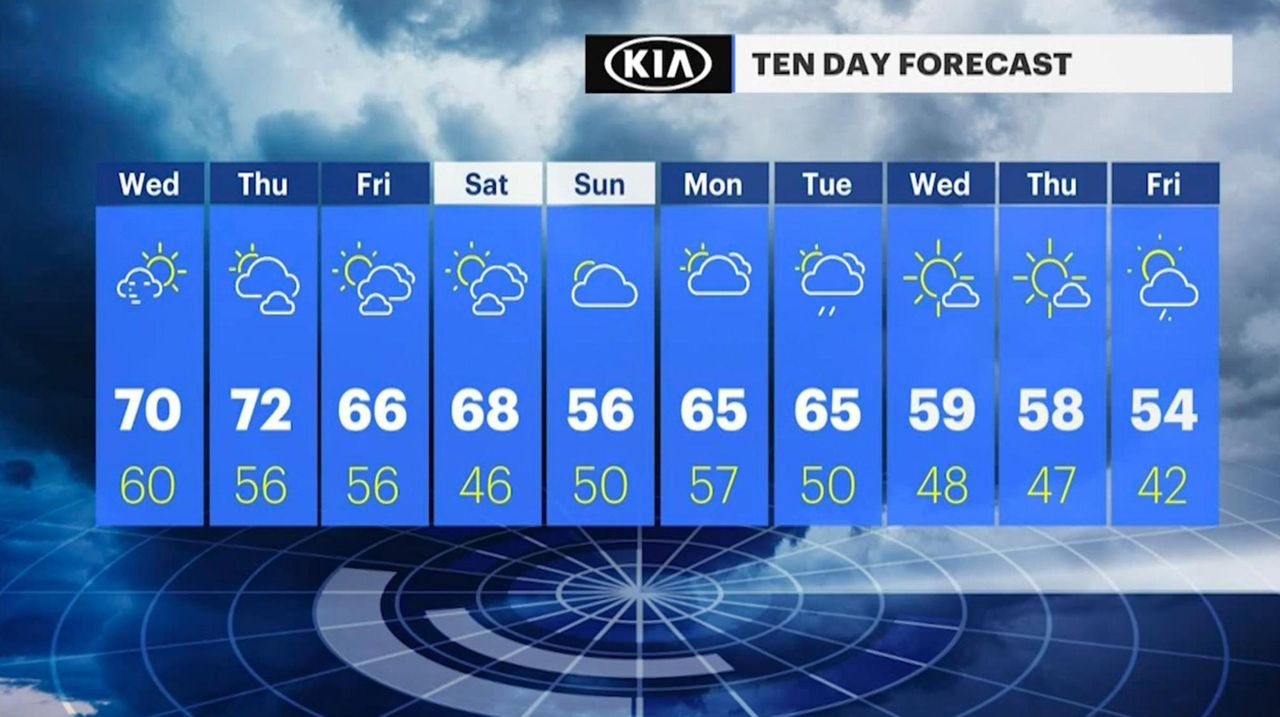 Fog will greet Long Islanders up and about before 9 a.m. on Wednesday, and could endanger drivers, bicyclists and pedestrians, meteorologists cautioned. After that, there is a slim chance of light rain until about 1 p.m.

The daytime high will rise to 71 degrees — a surprisingly warm reading that could be matched or slightly topped on Thursday despite clouds, according to the National Weather Service’s Islip office.

And then look for at least partly sunny skies from Friday through the weekend and into Monday, forecasters said.

Before that, fog might again shroud the landscape starting Wednesday night.

"Some patchy fog could develop once again tonight into early Thursday," the weather service said.

And later Thursday, Long Islanders may be wondering if they put summer clothes away too soon, especially if the sun breaks through.

"Forecast high temperatures are in the low to upper 70s for Thursday, about 10 to 15 degrees above normal," the weather service said.

And, the weather service added: "Once again, low levels look to become nearly saturated so patchy fog and patchy drizzle (were) added to the Thursday night forecast," with nighttime lows ranging from the mid-50s to low 60s.

Thursday night also is when Hurricane Epsilon, now about 450 miles east southeast of Bermuda, could intensify waves along the Eastern Seaboard, including Long Island, forecasters said.

"The center of Epsilon is forecast to make its closest approach to Bermuda Thursday afternoon or evening," the Miami-based National Hurricane Center said, estimating the hurricane’s current winds at 85 mph.

What the meteorologists call a stream of cross-continental southwest upper air now forming should push Epsilon away from the coast, however.

"This upper flow will help deflect Hurricane Epsilon northeast away from the coast heading into this weekend, eventually shearing into this flow east of the Canadian Maritimes," the weather service said.

"Long period energetic ocean swells" of 5 to 8 feet are forecast for Long Island by nightfall on Thursday, through Friday and likely into the weekend, the weather service said.

A partly sunny Saturday will be unusually warm: 68 degrees.

While Sunday also looks sunny, it could be 10 degrees cooler, the weather service said.

Monday should also offer sunshine and a slightly lower but still mild for autumn daytime high of 64 degrees.

"Overall, an unseasonably mild and very moist air mass will be in place for late October early next week," the weather service said.