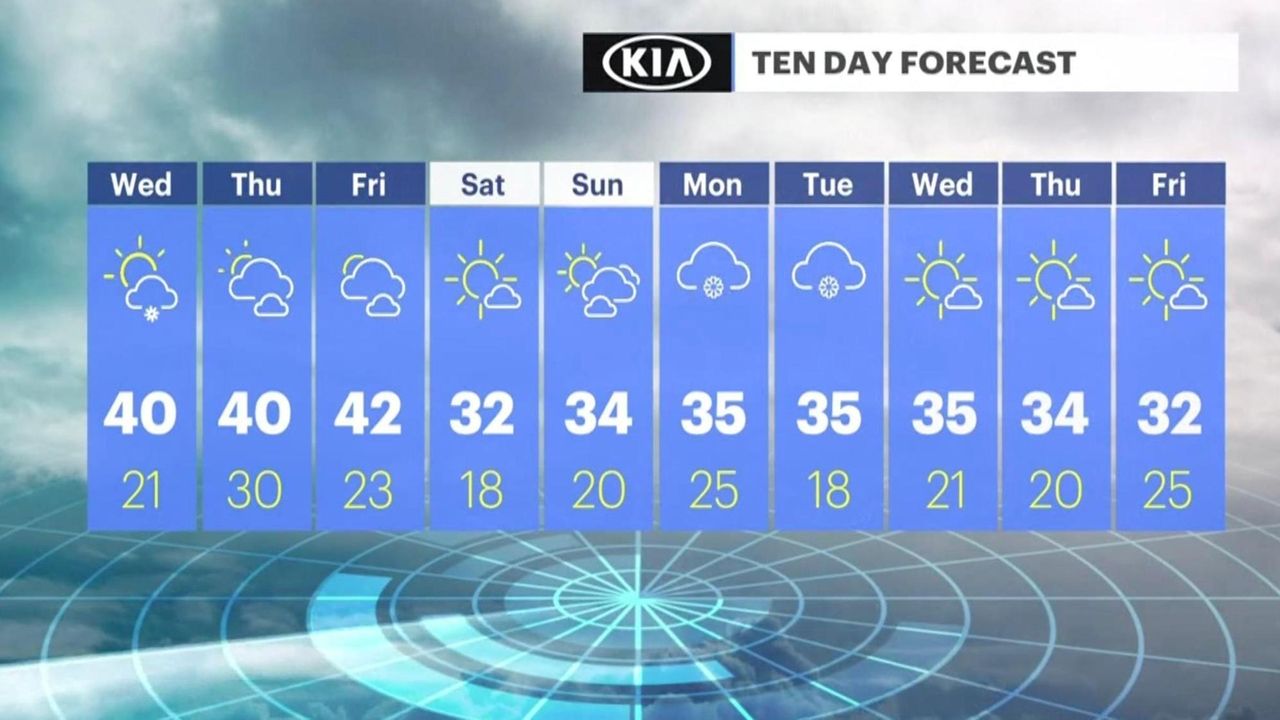 Snow showers arrived before noon on Long Island today and it will be windy, especially near the coast. Highs will be in the 40s but the wind chill will make it feel colder, the National Weather Service said.News 12 Long Island meteorologistRich Hoffman has the forecast. Credit: News 12 Long Island

Snow showers arrived, as predicted, before noon on Wednesday. After they swiftly depart, expected to leave less than an inch behind, the clouds may linger and breezes stiffen, with wind chill values of 25 to 30, though daytime temperatures will hit 41 degrees.

The rest of the work week and the weekend promise more blustery breezes and more winterlike temperatures, minus the snow showers, according to the National Weather Service’s Islip office.

Don’t expect to need a shovel for any snow that arrives Wednesday, though.

"The intensity looks overall light and there may not be significant reduction in visibilities in most of the snow shower activity," the weather service said.

"Any accumulation in the New York City metro looks limited to a coating in spots at worst," it said.

By Wednesday afternoon wind gusts could hit 25 to 36 mph, especially near the coast. And it will be "bundle up time" for anyone out at night.

"Despite some high clouds tonight, temperatures will drop into the upper teens inland and lower 20s most elsewhere. The New York City metro will be a bit warmer in the middle and upper 20s," the weather service said.

Thursday will be a sunny twin of Wednesday, with a daytime high of 41 degrees and the same wind chill values expected.

Sunshine also will rule the Friday to Monday period. There is a chance of snow on Monday night and a mix of rain and snow on Tuesday, the weather service said.

Daytime temperatures will be right around freezing for much of that period, though a touch of that unusual mid-January warmth will fleetingly return on Friday, when temperatures are expected to "reach above normal levels in the upper 30s to lower 40s," the weather service said.

But mostly it will be chilly and winterlike.

"Nighttime temperatures look to be in the teens to near 20 degrees. Below normal temperatures should continue early next week," the weather service said.