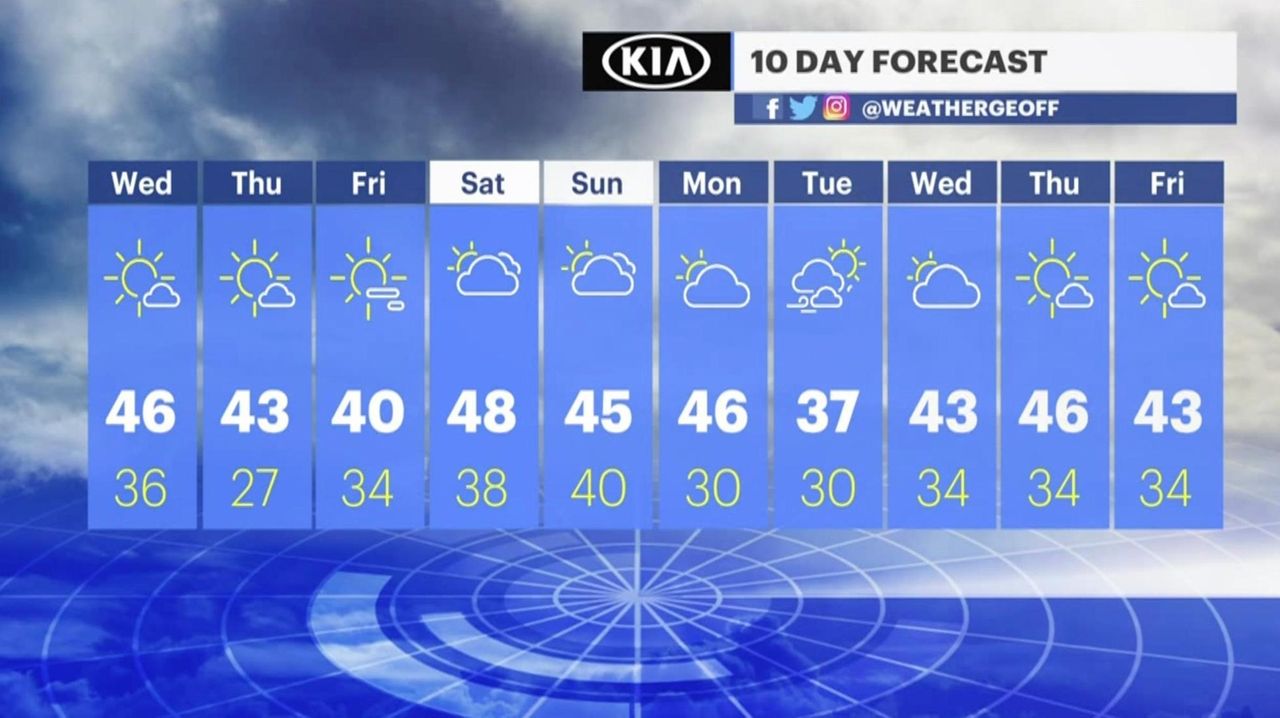 The National Weather Service said Wednesday on Long Island should be sunny and unusually warm; temperatures could hit 50 degrees during the day, though there is a slight chance of showers this evening. News 12 Long Island meteorologist Geoff Bansen has the forecast. Credit: News 12 Long Island

Wednesday should be sunny and unusually warm — thermometers could hit 50 degrees during the day — though there is a slight chance of showers this evening, the National Weather Service said.

And in a break from recent back-to-back snow storms, no snow is forecast through next Tuesday, though it may rain Saturday and possibly Sunday night into Monday.

Wednesday’s clear skies, the weather service said, will be followed by clouds as a high pressure system exits to the east.

An "increasing southerly flow this afternoon allows temperatures to warm up fairly significantly with high temperatures in the upper 40s and potentially low 50s toward the New York City metro (area)," the weather service said.

That is around 10 degrees above the normal temperatures for this time of year.

It will be blustery, however, with wind gusts hitting 15 to 25 mph and the highest winds along the coast.

Both Thursday and Friday should be sunny, with daytime highs in the low 40s.

The odds of a rainy Saturday are 50%. The daytime high is expected to be 45 degrees.

Sunday should be cloudy and rain could return that night. The odds of Sunday night showers that last into Monday are 40%, the weather service said.

"Much of the time the area will be rather warm with mostly rain occurring across the region," the forecasters said. "Colder air will return to the northeast behind a low Monday as gusty northwest flow develops."

Monday’s high during the day is expected to be 45 degrees.

Tuesday, though sunny, is predicted to have a high of 39 degrees.