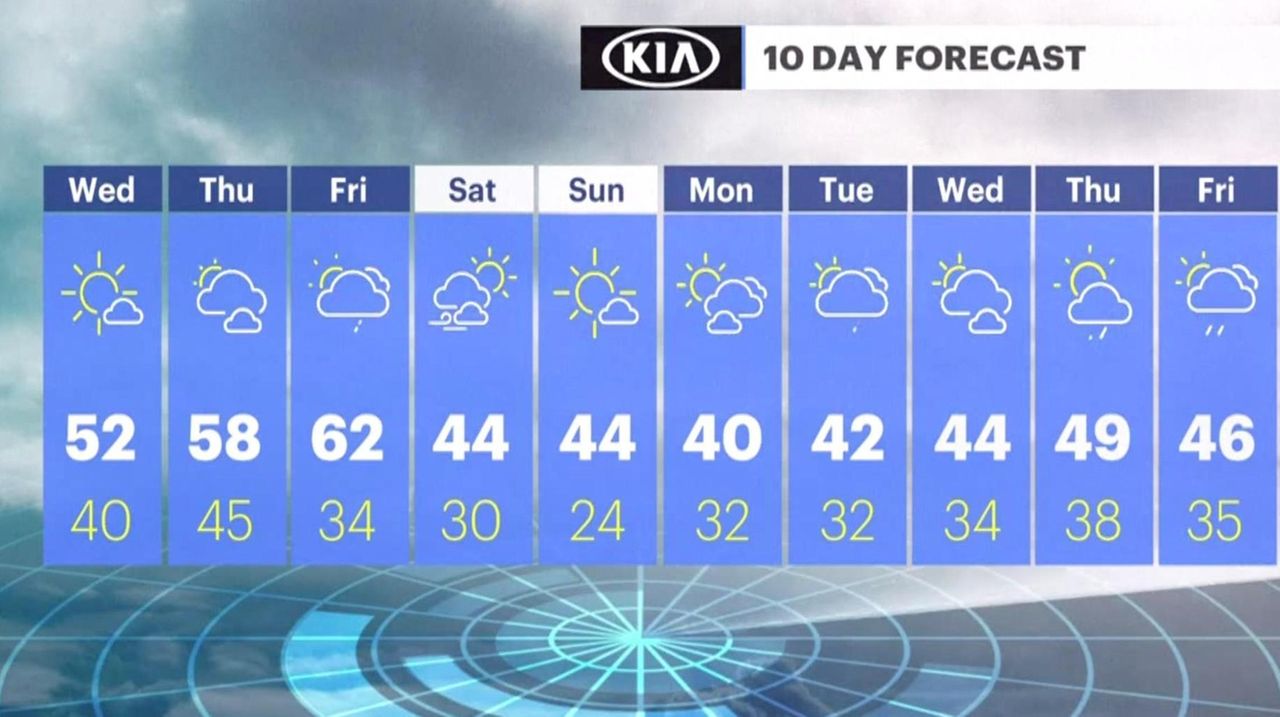 The runup to spring is bringing on the heat — until the weekend, when a brief cold snap is expected to return, forecasters said.

Temperatures will rise to 53 degrees under Wednesday’s sun, and then will climb to near 60 on Long Island on Thursday, the National Weather Service said. Friday could be a warm 64 degrees.

And in some spots of the tri-state region, thermometers may possibly ascend even higher on Thursday and Friday, into the 70s, the weather service said.

Morning showers may arrive on Friday — the odds are 30% — ahead of a sunny though chilly weekend.

Until then, sea breezes again will be a cooling factor on Wednesday.

"A light flow and sunshine this morning should allow for quick warming, but a strengthening onshore flow as high pressure slides offshore will result in an increasing maritime influence this afternoon, particularly (on the) coastal plain," the weather service said. "This will result in temperatures that are a few degrees cooler than yesterday along the coastal plain (lower to mid-50s), with areas from New York City/New Jersey metro and to the northwest rising into the upper 50s to lower 60s."

The fine weather is due to a local high pressure system, the weather service said.

And then Thursday, which will have at least partly clear skies, breezes will rise to 11 to 16 mph during the afternoon and there is a 30% chance of showers after midnight — the same odds as Friday morning.

The rain is sweeping in from parts of the Southern Plains to the Ohio Valley and Great Lakes, according to the Weather Prediction Center, which is part of the weather service.

"By Friday morning, rain will develop along the boundary from New England to the Mid-Atlantic to the Central Appalachians," the Weather Prediction Center said.

How quickly Friday’s skies clear will help determine whether temperatures in the tri-state area approach record highs: The weather service said there is "the potential for temperatures to rise well into the 60s to lower 70s for the coastal plain."

And then winter, at least briefly, will dominate the weather.

Long Island can expect a "return to late winter this weekend as models (are) in good agreement on a polar shortwave diving through Quebec and then northern New England Friday night/Saturday, pushing a strong cold front through the region Friday night," the weather service said.

Daytime highs in the mid-40s are predicted under clear skies on both Saturday and Sunday.

Monday’s odds of rain — and yes, possibly snow showers — are 30%, while the high will be 39 degrees.

Tuesday shares the same odds of rain, the weather service said, though it will be a warmer 47 degrees.