Long Island is in for a "long duration weather event" that starts Thursday morning and will bring almost 40 hours of snow, sleet and and a glaze of ice, the National Weather Service said.

"A widespread 3 to 6 inches of snow is expected by Thursday evening, with an additional 1 to 3 inches Thursday night into Friday, totaling 5 to 9 inches for much of the area by Friday evening," the weather service's Wednesday evening storm briefing said.

Nassau and Northwestern Suffolk were expected to get the highest amount of snow, heaviest in late morning and early afternoon. Rain and sleet will add to the mix Thursday evening, possibly leaving a "light glaze" of ice for northwestern Long Island, the briefing said.

The storm is expected to last from 4 a.m. Thursday to 7 p.m. Friday, the weather service said, with Friday seeing periods of the wintry mix or light snow for Long Island. 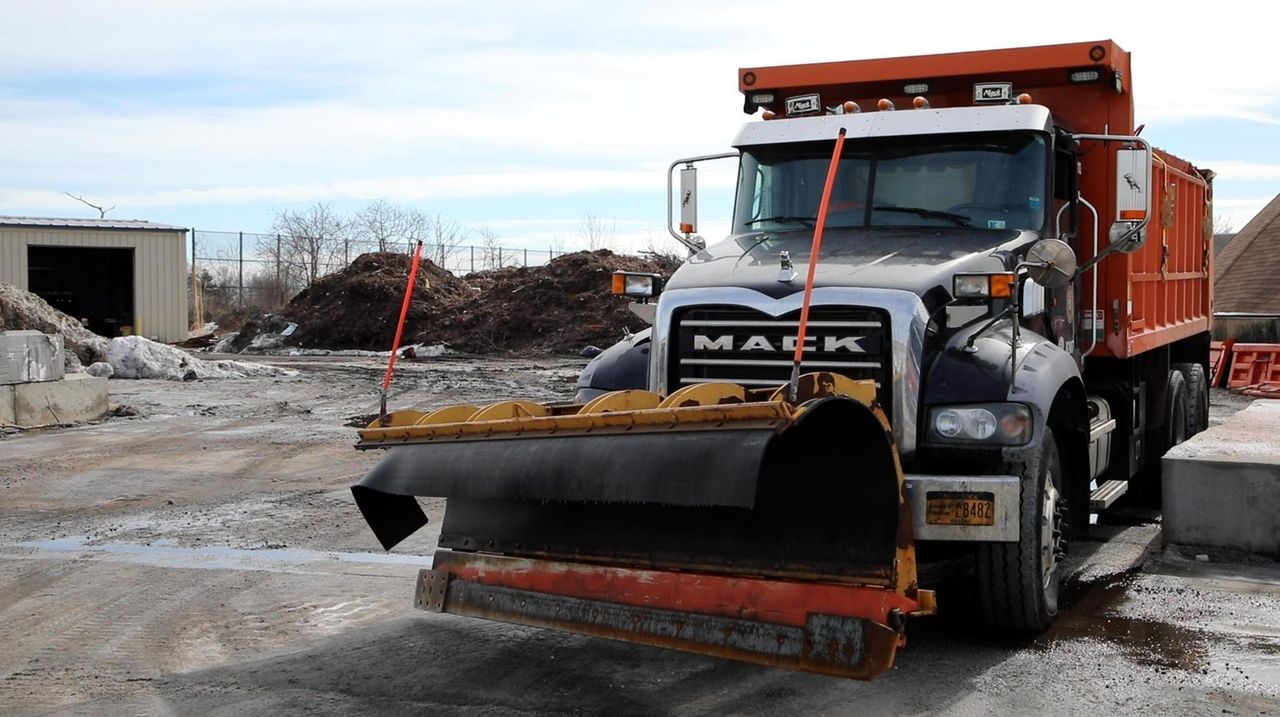 Curran: 'This storm will make it difficult and hazardous for driving' on Thursday and Friday Nassau County Executive Laura Curran spoke on Wednesday about the county's preparation for the snow storm that is expected to drop 4 to 8 inches beginning Thursday. Credit: Barry Sloan

Meteorologist Bill Korbel said Wednesday most of Long Island can expect about 6 inches of snow.

The latest snowstorm stems from the systems pounding states from the Southern Plains to the East Coast, which have affected more than 100 million people, the weather service said.

While the Thursday morning commute might be doable, Bellone said, the evening commute could be tough: "If you can work virtually, if you can stay home, we certainly advise that."

PSEG Long Island and the Long Island Rail Road said they were prepared. In a statement, the utility said: "PSEG Long Island has additional personnel ready to respond, and is performing system and logistics checks to ensure the availability of critical materials, fuel and other supplies."

The Long Island Rail Road, in a separate statement, said its waiting rooms would be open 24 hours a day, and explained what conditions would make it slash service.

"Typically, in ice storms, blizzards, or sustained winds over 39 mph, train service may be severely curtailed or suspended, especially if there are frozen switches or there is a loss of third rail power," the rail road said.

People who were scheduled for Thursday and Friday will receive email notices advising them of the delay, she said, and if Monday is inconvenient, there will be other options.

Vaccine sites should be up and running on Saturday and Sunday, she added.

Due to the extreme weather gripping much of the rest of the nation, shipments of vaccine may be delayed, and that in turn could delay Thursday's planned opening of the county's third vaccination site at Suffolk County Community College's Selden campus, he said.

Once the storm quits Long Island, Saturday and Sunday should be sunny, with thermometers reaching freezing during the day.

And then Monday, there could possibly be more snow and rain. The odds of precipitation are 60%, and the daytime high should reach the low 40s, the weather service said.

Tuesday should see the fair weather return, with sun and a similar daytime high.

Forecast: Live radar and latest details for your areaCheck the hour-by-hour forecast and see future conditions. Some LI towns low on road salt — just as the next storm is about to hitHighway officials blame two recent major storms and reduced deliveries from a supplier for salt levels being 'down big time.' See photos from this winter's stormsSee photos of snow that has fallen on Long Island during the winter of 2020-2021.