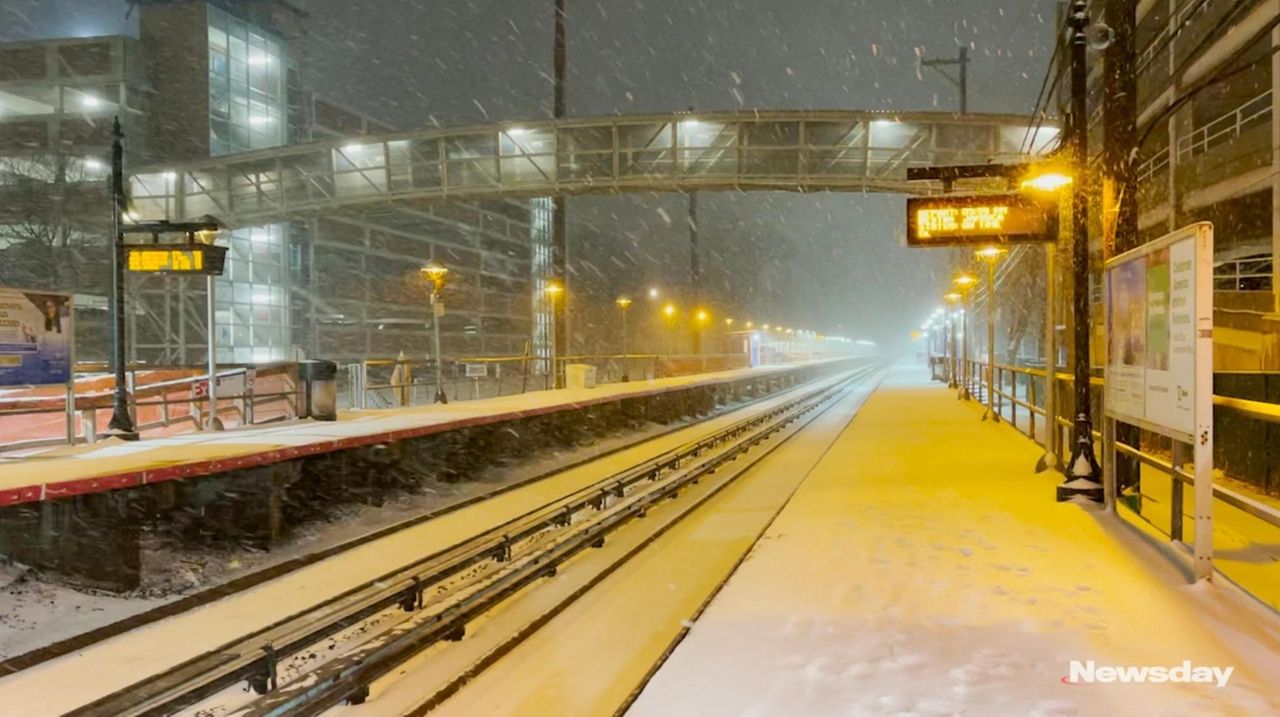 A nor'easter hit Long Island Monday, with up to 20 inches possible by the time the snow stops Tuesday. Watch scenes from around Long Island. Credit: Newsday

Long Island was brought to a virtual standstill.

All it took on Monday was wind chill temperatures hovering in the teens, flooding that threatened low-lying coastal communities, howling bursts of wind gusting to 50 mph, and snow falling at a dizzying rate of 2 to 3 inches an hour.

That was the story all over the Island, as workers struggled with blizzard-like conditions, and even the most routine daily chores required herculean feats of courage.

"The wind has picked up and now we are dealing with blowing snow and drifting snow on top of regular snowfall," North Hempstead Town highway maintenance supervisor Brian Waterson said. "We don’t have the manpower or equipment to stay ahead of the eight ball."

Shore communities like Island Park and Babylon saw rapid flooding throughout the day.

"The most ... I can do right now is just prepare," said Michael Columbia of Babylon, "and keep the garage door down, put some sandbags out."

Forecasts of the devastating storm forced about 60 home health aides from a Massapequa agency to bed down at their clients' homes Sunday night.

And when the Nassau Inter-County Express bus service shut down at 1 p.m. Monday, Reliance Home Senior Services started using ride-share services to transport about half its aides to patients' homes, owner Dana Arnone said. Even so, some aides couldn't get to their assignments.

After laying down about 1,000 tons of salt across Huntington, town Highway Superintendent Kevin Orelli said crews were preparing for another night of clearing the streets.

"The challenges from this storm is just the duration of it," he said. "Hopefully by tomorrow morning we’ll be in somewhat better shape."

"We drew lots and I lost," said Johnny Murphy of Long Beach, who took his family's dog Beau for a walk on nearly empty West Broadway. "I can’t believe I’m out in this, but Beau was going nuts in the house."

Two Long Beach sisters, Isabella Fuentes, 21, and Gabriella Fuentes, 18, and their friend, Nasya Miles, 20, of Manhattan, brought body boards down to the dunes, trying to find a snowy slope to slide down.

So they ended up riding down some of the snow-coated wooden stairs that lead onto the sand.

Westhampton Village was a ghost town at midday Monday, with village road crews working to continually clear the main street from west to east.

But that didn’t stop the owners of the Beach Bakery Café from opening, even if the place was lightly trafficked.

Manager Jack Foster said the café has a tradition of keeping open, summer and winter, good weather and bad. He was among only a handful of shops open in the tony, summer-centric village.

Some people just had to run errands or get their daily cup of coffee — even if it meant braving blinding horizontal snow.

Mike Garcia of East Rockaway had a message for his fellow Islanders: "If you don’t have to go out, don’t go out."

"It was pretty bad," he said. "And now my snowblower broke down, too, so now I gotta do it by manual, so it’s kinda hard."

"I needed that coffee," he said.