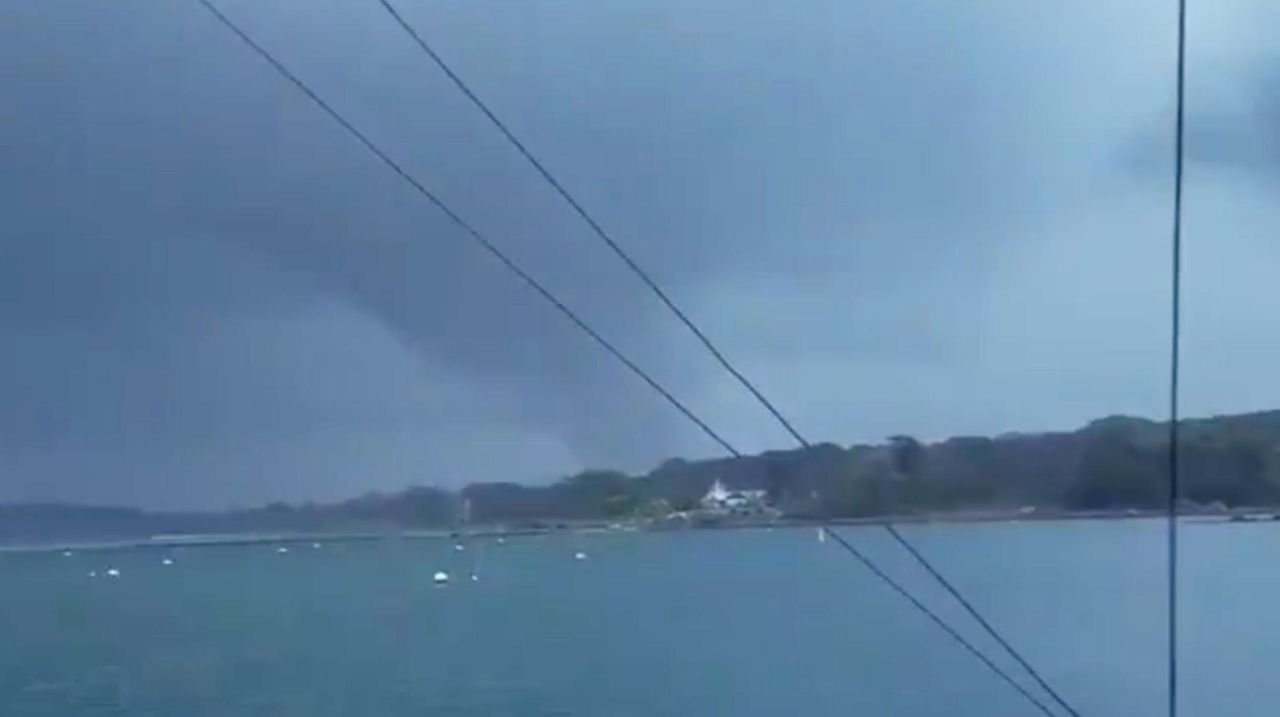 A video posted to Twitter shows a tornado that touched down Monday morning on Fishers Island. Initially classified as an EF0 tornado, the lowest level grade, it actually brought winds estimated up to 90 mph and did damage consistent with the next level up, EF1, the National Weather Service said. Credit: Brian Faulkner via eweather

The EF0 tornado, the lowest level grade, brought winds estimated at between 65-85 mph when it made landfall at 7:35 a.m. on Fishers Island, at the eastern end of the Long Island Sound.

The tornado started as a waterspout but gained strength as it moved on shore, officials said. The twister traveled about 2 miles before moving back offshore, the Weather Service said.

The Fishers Island Fire Department and Suffolk County Office of Emergency Management reported numerous trees and power lines down across the island, which, while geographically close to the Connecticut coast, is a hamlet in the Town of Southold.

Photos from the island posted on social media show several wood-framed buildings toppled or pulled off their foundation.

There were no fatalities reported, but the Weather Service, which is sending a crew to the island Tuesday morning, said it's too soon to know about injuries. Fishers Island is home to 236 year-round residents, according to the 2010 Census.

"We will have a more detailed report on Tuesday to determine if it was more widespread," said Carlie Buccola, a National Weather Service meteorologist in Upton.

The Suffolk County Police Department performed a flyover of Fishers Island Monday to assess the damage and has been in contact with the Town of Southold, said town spokeswoman Marykate Guilfoyle.

While October tornadoes are rare on Long Island, this was the second twister to hit a Suffolk community this month. On Oct. 4, a tornado with winds of up to 85 mph hit a Ronkonkoma neighborhood, taking down dozens of trees.