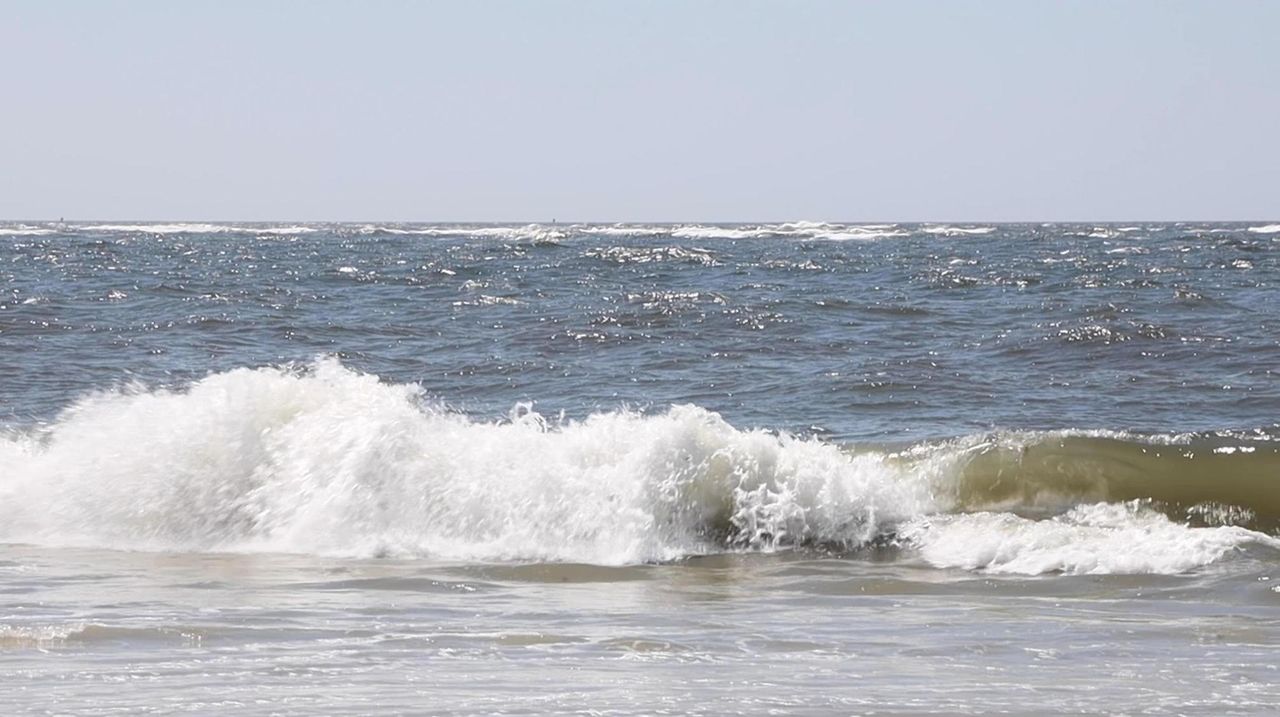 Long Island geared up Monday for Isaias, a powerful system expected to reach the area by Tuesday afternoon, potentially knocking out power for up to 400,000 residents and halting train service, authorities said.

Isaias was upgraded again from a tropical storm to a Category 1 hurricane at 8 p.m. The storm was centered about 60 miles south of Myrtle Beach.

The storm was expected to make landfall Monday night in North Carolina as a hurricane but then weaken to a still significant tropical storm when it reaches Long Island, with up to several inches of drenching rains, sustained winds of 45 mph to 55 mph and wind gusts as high as 75 mph, the National Weather Service said.

"Isaias will only slowly weaken as it accelerates and curves northeast over the Carolinas tonight and then near NYC as a moderately strong tropical storm by late Tuesday afternoon," the weather service said in its Monday night briefing. The storm was moving faster than expected and tropical storm-force winds could arrive on Long Island as early as Tuesday morning, the briefing said. 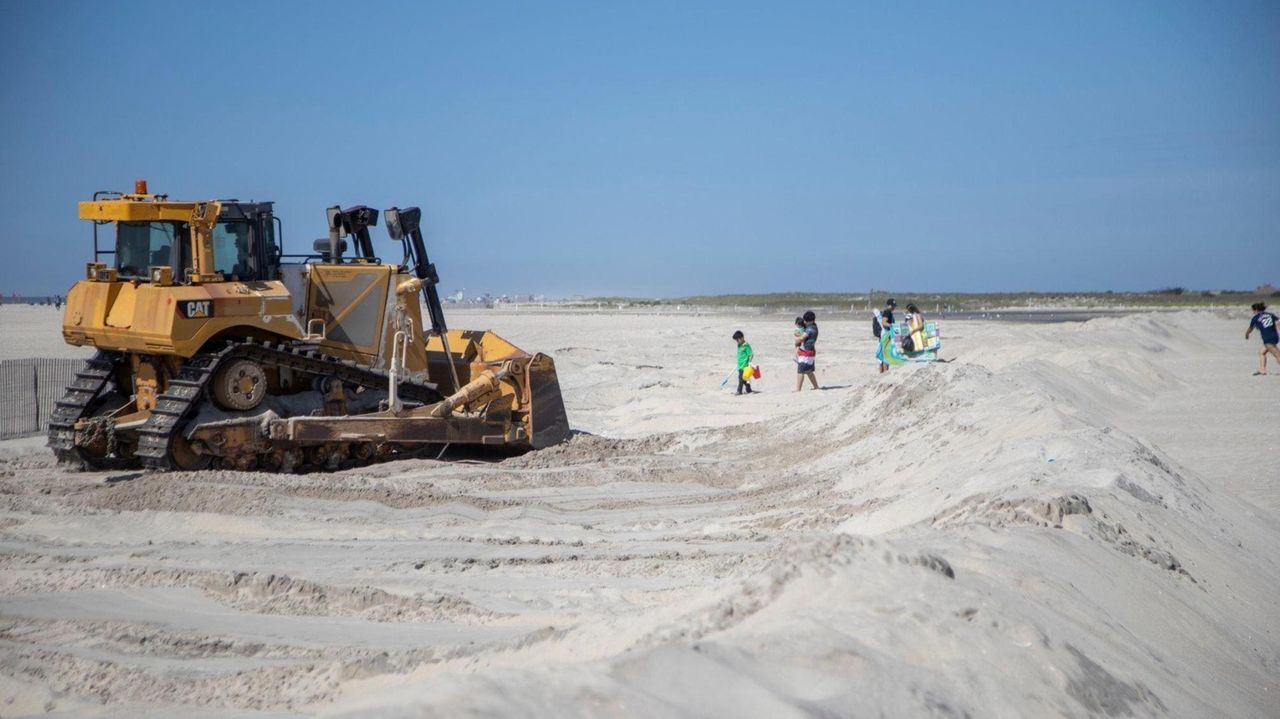 "I have directed our state agencies to deploy emergency assets to problematic areas to assist our local partners, and I am asking New Yorkers to be diligent and stay ready in case the storm intensifies on Tuesday," Gov. Andrew M. Cuomo said in a statement.

But one mitigating factor could be the timing of the storm, if it strikes Long Island after the morning high tide.

“As the storm comes in, you want the tide to be low,” said Jay Engle, a meteorologist at the National Weather Service, in Upton. “That does make a difference.”

Village of Asharoken Mayor Greg Letica said the community is prepared but is not expecting the heavy flooding that marked other storms. He said the timing of the storm should offer the village somewhat of a reprieve.

“This is no Sandy,” he said, referring to the 2012 superstorm that caused hundreds of millions of dollars in damage on Long Island, and billions along the east coast of the country. “We’ve seen things like this before. The difference with this storm is it’s going to be moving very, very quickly.”

Korbel said winds will be “the major problem” for Long Island, adding that he expects significant coastal flooding. But he said the timing of high tides, which don't coincide with the height of the storm, should spare the region considerable damage. 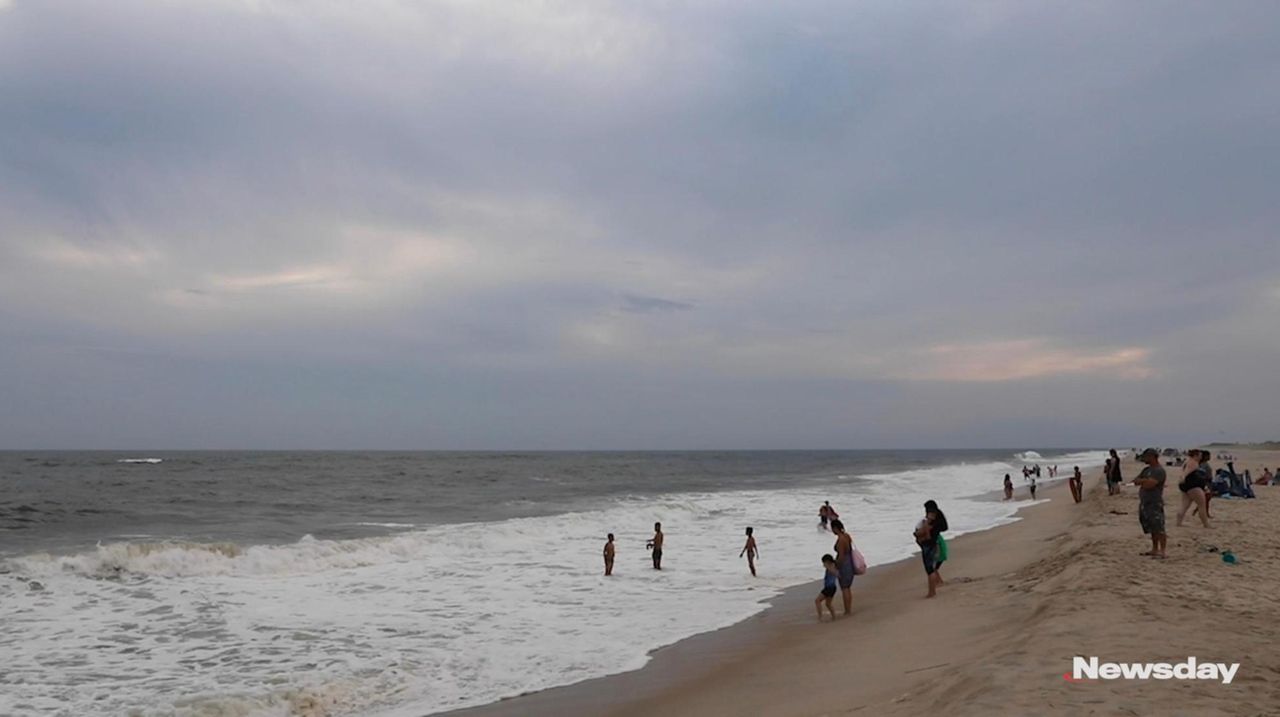 Still, PSEG Long Island is planning for what could be the biggest storm of its six-year tenure in the Long Island operating territory, with the potential of 200,000 to 400,000 customers losing power, a top PSEG official said Monday.

“We’re planning for this to be our biggest storm that we’ve had on Long Island,” said PSEG Long Island president and chief operating officer Dan Eichhorn, adding that depending on how the storm tracks as it nears the area damage could be “significant.”

Eichhorn said the utility has already begun plans to bring in upward of 2,500 line-workers from off the Island, in addition to its force of 700 PSEG line workers and on-Island contractors. Already, the utility has some 1,800 crews on the way, with the balance expected to be secured to arrive Tuesday or Wednesday, depending on need.

Eichhorn said while winds are expected to be heavy, solace may come in the fact that Isaias is projected to be a fast-moving storm, with the worst winds lasting just four to six hours. “It’s one thing that’s in our favor,” he said. “It’s not a storm that’s going to stay over our area.”

The expected high winds could result in the Long Island Rail Road suspending all service, transportation officials warned. At a Manhattan news conference Monday, leaders from the Metropolitan Transportation Authority — the LIRR’s parent organization — acknowledged the potential for much of its transit system to be halted. The suspension would affect the MTA’s two commuter railroads — the LIRR and Metro-North — as well as aboveground New York City subway and bus routes.

“If we experience sustained winds of 39 miles an hour for an extended period of time, we would shut down service temporarily to ensure the safety of our riding public, and ensure the infrastructure, as well,” said Robert Free, LIRR senior vice president of operations.

Nassau County’s bus provider, the Nassau Inter-County Express, or NICE, also advised customers to “anticipate delays” on Tuesday because of the storm.

One Babylon town resident, Donna Collins of Shore Road in Lindenhurst, which abuts a canal, was being proactive Monday and gathering food just in case the storm is worse than experts expect.

"Every time we get a tropical storm the canal seems to come over, the bay comes from the other way so we get hit both ways and everybody kinda gets trapped," she said. "I’m getting the eggs, the milk, the bread, stuff for my pet . . . I don’t want to overbuy in case we lose the electric."

In Brentwood, Suffolk Community College is serving as a staging area for PSEG equipment and vehicles through Friday, school officials said.

Hospitals on Long Island plan to activate emergency contingency plans, in case the storm knocks out power, or storm surges flood a region where the facility is located. For example, Good Samaritan Hospital Medical Center in West Islip is only "yards away from the Great South Bay, so if need be, and there is a storm surge, we'd be ready to transfer patients to other locations," said Dr. Patrick O'Shaughnessy, executive vice president and chief clinical officer at Catholic Health Services, which operates six hospitals on Long Island.

Where to get help

Across Long Island, call 911 if there is an emergency requiring immediate attention of police, fire or EMS.