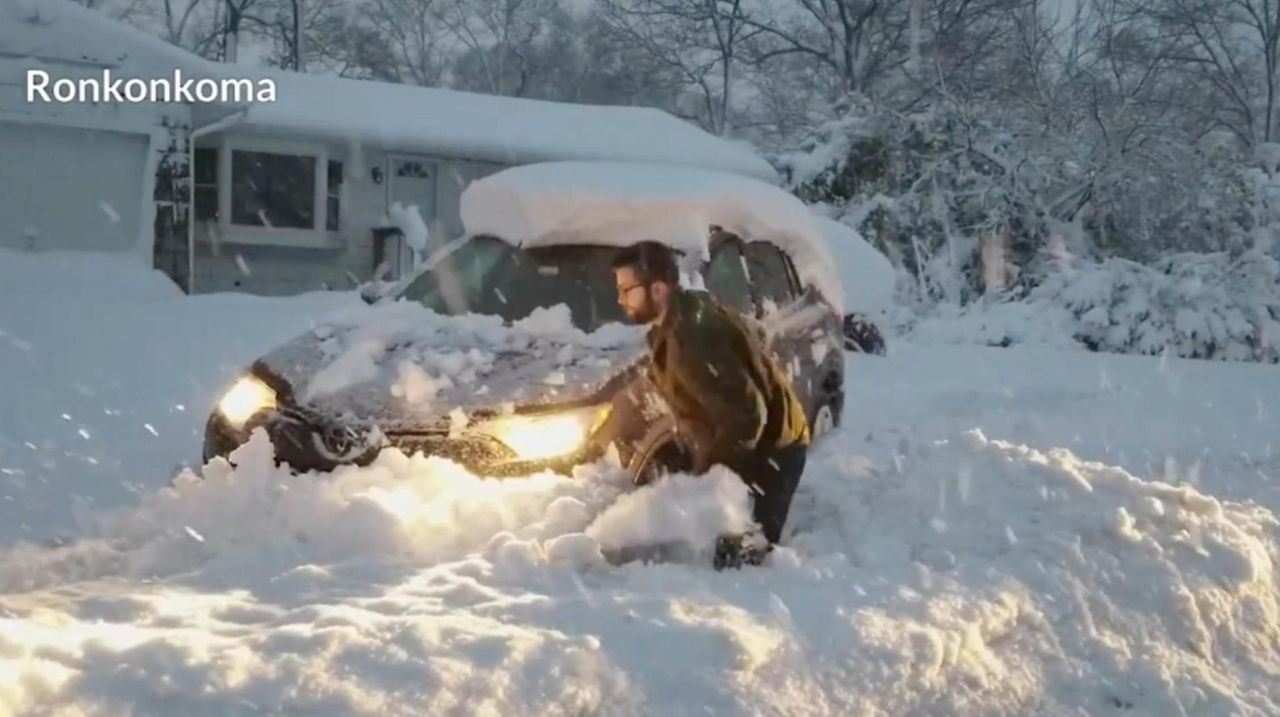 A look at the snow on Long Island Thursday morning. Bands of heavy snow -- with reported snowfall rates of 4 to 5 inches an hour -- dropped at least 19.3 inches of snow in Bay Shore, 19 in Patchogue, 18.4 at Long Island MacArthur Airport and around a foot for many other areas of Suffolk and Nassau counties. A winter storm warning remains in effect for eastern Suffolk through 8 a.m.; the warning for the rest of the Island expired at 6 a.m. Credit: Newsday

Keep your boots on.

A little icing, then a moderate melt Friday will greet Long Islanders recovering from a storm that delivered up to 20 inches of snow and helped smash a half-century record.

Highs will be in the upper 40s Friday — the sort of temperatures ideal for avoiding a fast, major melt, the National Weather Service said. With primary roads dry by Thursday afternoon, sloshy conditions would be confined to secondary roads and areas with snow on an incline, the service said. Overnight temperatures just below freezing were expected to cause some icy conditions Friday morning.

“We’ll just continue the thaw and the melt and hopefully we’ll get rid of this white stuff and spring can come,” meteorologist Adrienne Leptich said with a laugh from the service’s Upton office. “I don’t think there’ll be too much of an issue with flooding from the melting snow.”

Upcoming storms appear to be tracking south of New York for now, meaning a bright outlook for spring-starved Islanders, she said.

Two people perished in what authorities said were weather-related deaths from a storm that started in the first hours of Wednesday before heading over the ocean in the first hours of Thursday, she said. A Bellmore woman shoveling snow died of a heart attack Thursday, authorities said, and a motorist was killed in a Wantagh State Parkway crash Wednesday.

Rates of up to 5 inches per hour were reported, unusual for the Island, meteorologists said. An ample supply of moist air had been lifted to the colder levels of the atmosphere, where snow formed speedily. 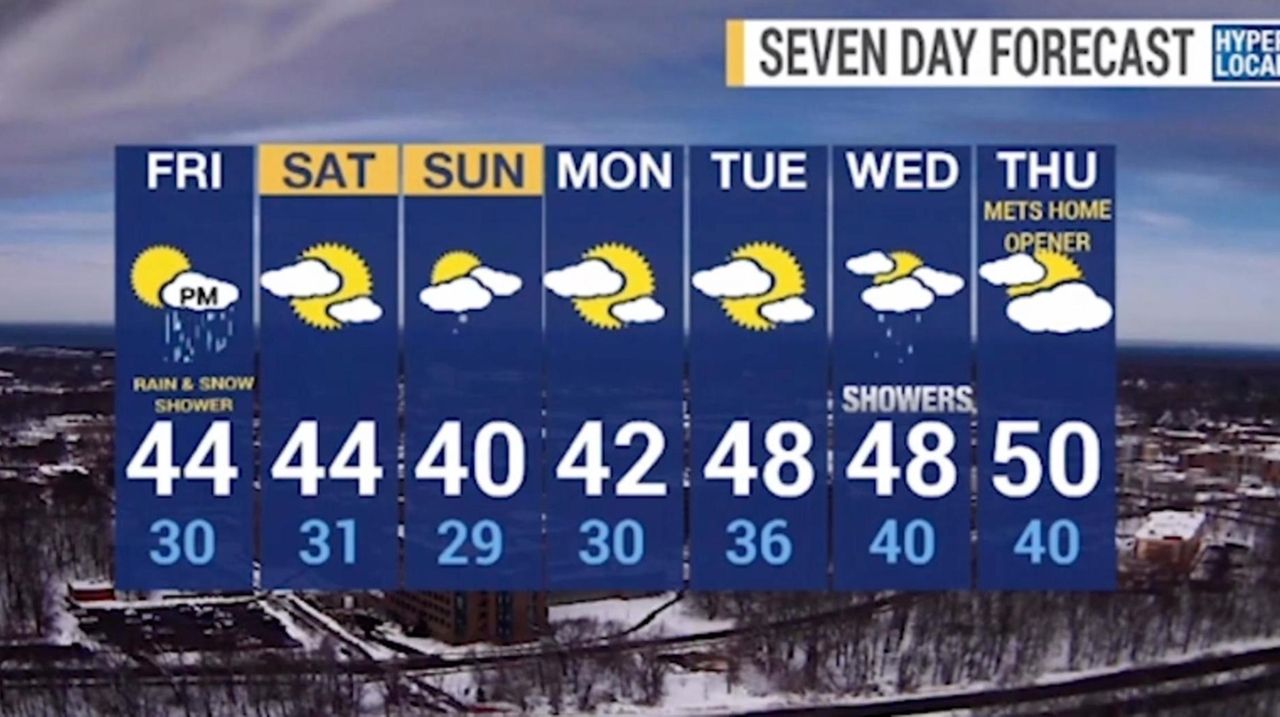 LI weather: Nor'easter dumps over foot of snow in parts News 12 Long Island meteorologist Rich Hoffman had a look at the weather forecast Thursday. Final snowfall amounts were not yet in, but Hoffman said it "looks like 8 to 12 in Nassau and 10 to 16 inches in Suffolk as of 4:30 a.m." Credit: News 12 Long Island

That broke a daily snow record for Wednesday at the airport, and the total of 18.4 inches for the storm — combined with the 13.5 inches that had already fallen this month — makes this the snowiest March since records started being kept in September 1963. That bests the 23.3 inches that fell during the entire month of March 1967.

Bands of heavy snow dropped at least 20.1 inches of snow in Patchogue, with much of Nassau and Suffolk seeing a foot.

Thursday saw the battle back to normalcy. NICE and Suffolk County Transit buses warned of delays after suspended service. Suffolk and Nassau officials said their secondary roads were mostly clear Thursday, with police reporting at least 172 crashes in Suffolk and at least 127 in Nassau during the storm.

Crews with the Long Island Rail Road worked Wednesday into Thursday morning, leading to trains being close or on schedule by 9 a.m. Amtrak plans to restore regular service to its Northeast corridor Friday.

Snow leads to dozens of cancellations

Out of thousands who lost power, just 165 customers were without electricity, PSEG Long Island reported about 8 p.m. Thursday.

Many residents woke up Thursday to a heavy dose of early spring reality: the big dig.

“I’m out here without my gloves on,” John Scelzi of Ronkonkoma said as he took a break from digging out his car. “I figured, you know what, I’m just going to roll out of here in the morning — and I got a little overwhelmed.”

See how much snow fell in your neighborhoodHere are the latest available snow depth measurements for the tri-state area provided by the National Weather Service, Upton office. Snow in March? Years when LI got up to 23 inchesMid-March seems to be a popular time for significant snowfall on Long Island. Nor’easter brings NWS weather balloon right backIt's especially rare for meteorologists at the National Weather Service's Upton office ever to set eyes again on the helium-filled weather balloons they launch twice a day — be it in rain, shine, or anything in between, nor'easters included.